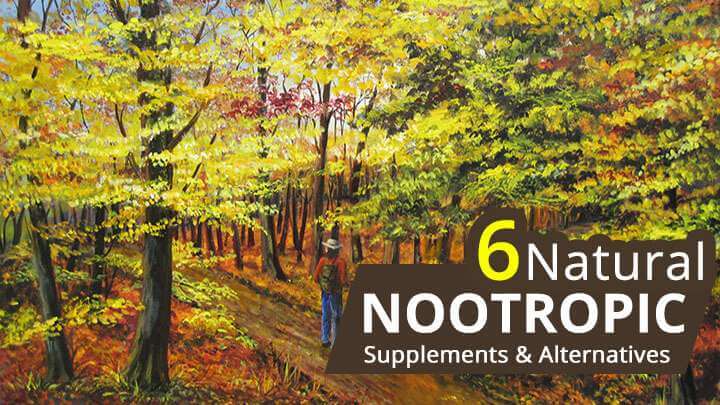 When it comes to engines, a V8 is one of the fastest and most efficient engines on Earth.

Optimized for speed and power, some V8 models reach upwards of 500 horsepower.

What if there was something that could make your brain roar like a V8? Sound too good to be true?

It exists, and it’s called a nootropic.

Nootropics (also called smart drugs) will change the way you interface with your brain forever.

Nootropics are a range of brain enhancing drugs that you can use to add more potency the way your brain works.

Depending on the type and class of drugs used, it can target many different parts of the brain and have a number of positive effects, ranging from making you more alert to calming you down to handle the stress of everyday life.

They basically act like vitamins for the brain, in the sense that they add more functionality to the centers of several key areas.

This results in a highly cognitive experience after consumption of the drug, which can vary from person to person and drug to drug.

Alpha Brain – what is it?

Ever have one of those days at work where you’re dealing with problems that require strenuous cranial activity? You keep your brain-throttle floored and it just doesn’t seem to pick up speed.

Rather it bogs down and ultimately grinds to a halt by the side of the road. Your brain probably is in need of stronger fuel to keep up to the pace with your daily needs.

Of course, you need to be cautious in your choice of fuel when it comes to your brain. After all, it doesn’t have a replacement warranty like your car.

Enter Alpha Brain, the nootropic fuel with countless of positive results reported all over the Internet. Since it is made of natural ingredients, it you can use it and not have any of the aftereffects normally associated with synthetic alternatives.

Alpha Brain is a totally natural nootropic developed by Onnit Labs which focuses enhancement of several attributes of the brain like concentration, mood and energy levels.

It contains a key ingredient, Huperzia Serrata (Huperzine-A), a Chinese herb which is proven to increase regeneration of the body on a cellular level. And supplemented by even more natural, earth grown herbs like Ginseng, Lemon Balm and Passion flower.

The benefits are many while the side-effects are minimal.

Dr. Dan Engle MD, who has dealt with cases of brain fatigue and stress, writes about Alpha Brain, saying:

In my practice as a psychiatrist I have yet to come across a natural supplement with data as strong as Alpha BRAIN for healthy individuals.

Lets look at some the more powerful pitcrew present in this racing formula that can tune up your brain to previously unforeseen levels!

A very important constituent of Alpha Brain, Huperzine-A is a cognitive enhancer which reduces degenerative effects on the brain due to stress and aging.

An instrumental enzyme called Acetylcholine increases learning ability in individuals. This is broken down by the body constantly.

Bacopa has been used as traditional medicine for many years in different parts of the world.

This herb provides soothes your brain and calms your nervous system at the end of a hard day. It provides stimulating effects to both men and women and it referred to as ‘Natural Viagra’.

As it increases blood flow throughout the body, the body becomes more relaxed and magic happens.

Also known as Vincaria, is of amazonian origin used for as anti-inflammatory and for treatment of fatigue. Doctors have prescribed it for arthritis, bursitis and a variety of stomach and intestine disorders.

These ingredients are added in appropriate levels and ultimately each of its benefits can be felt during the ‘phase’. They also have minimal side-effects and hence are ideal for daily consumption at prescribed dosage levels.

Not everyone may be open to the idea of taking a strong nootropic like Alpha Brain. For those kind of people, there are a few Alpha Brain alternatives available in the market of nearly the same strength.

However, the ones mentioned below do not come as highly recommended as Alpha Brain and hence might not have that much of an effect on you.

People who are starting out and want to try Nootropics for a cheaper price can give these a shot before they go for something as potent as Alpha Brain. They alternatives are, in no particular order:

CILTEP is a fairly new nootropic stack, designed and sold by the company Natural Stacks.

Though it has mixed reviews (myself included), many athletes and biohackers are using CILTEP to reap real benefits in their lives.

Take, for example, the champion poker player Martin Jacobson, who used CILTEP during his incredible victory at the 2014 Word Series of Poker.

His win brought new attention to the role of nootropics in poker and other “mental” sports, such as E-sports gaming.

There are many people reporting great results after taking Optimind.

And though it works for me, it has a bit of a ‘crash’ after the effects wear off. It’s nothing too drastic like the other drugs that have the same effect though. Perhaps the positive reviews are due to the aggressive affiliate marketing of the supplement.

It’s not too expensive and each pill is actually cheaper than a cup of coffee at your local Starbucks, but more potent and beneficial.

According to supplementcritique.com’s Rob Miller, “But I will say this….it works.” You can find his full review here.

Marketed as a the most comprehensive, “luxury” nootropic on the market, Qualia has a long list of vitamins and energy additives like Choline, Taurine and even more-traditional nootropics like Noopept.

There are a few people who have felt it has good effects but many folks wonder if it’s worth the price.

No surprise here. Modafinil isn’t exactly a “natural” substitute for Alpha Brain, but many people prefer it thanks to its superior benefits on focus and attention. As such, it’s worth mentioning here.

I’ve written extensively about Modafinil on Corpina, so I’m not going to go in detail here. For an inside look at what it’s like to take Modafinil, check out my first hand experience here.

If, like me, you love Modafinil but are looking for alternatives (something stronger than Alpha Brain but not so intense as Modafinil/Armodafinil), keep reading.

Modafinil: what is it?

Modafinil (brand name Provigil) was first thought of as just a wakefulness promoting drug used for the treatment of narcolepsy, shift work sleep disorders and other sleep related problems.

Of late though, this has been found to have many significant benefits like treating ADHD patients, controlling sleep deprivation symptoms, treating sedation and clinical depression.

A key advantage of Modafinil over it’s parent drug Adrafinil is that it does not induce side-effects in very few cases like such as stomach pain, skin irritation, anxiety and liver disorders.

Buy it here, or try one of these several Modafinil alternatives. There are quite a few options, owing to Modafinil’s scarcity in the market for being a prescription drug:

Modafinil is a derivative of this drug. Adrafinil can be substituted when the main ‘afinil is not available.

The main advantage of this is it is cheaper than Modafinil and does not require a prescription, and hence easier to procure.

Phenylpiracetam is an old nootropic which increases both mental and physical performance. This was developed in Russia and is available as a prescription drug for treating sleep disorders and other related ailments.

Being a more effective, synthetic derivative of thiamine, sulbutiamine was found to be more effective at producing the same effects as Modafinil.

Sulbutiamine needs no prescription and hence is easy to procure.

If none of those sound appealing, there are some natural options. Here are my top 4.

Good ol’ coffee. It’s not prescribed as treatment to cure anything, but it can help with fatigue.

Don’t overdo it or you’ll feel anxious and jittery.

It is more known in scientific circles as Centella asiatica. Herbs used extensively in Southeast Asia for treatment of sleep disorders and anxiety.

Gotu Kola has is natural and thus less harmful than most (when cultivated from naturally farmed sources).

Also known as Sida cordifolia, a native subshrub of the Indian sub-continent. It has powerful psychostimulant properties which can help victims who have suffered from a stroke.

It contains ephedrine, which acts as a stimulant to increase metabolism and promote weight-loss.

Alpha Brain and Modafinil, while having different components and ways to stimulate the brain, all end up proving beneficial as a whole.

Both drugs have a proven client base and satisfactory results from people who have used it all over the world. It all comes down to availability and whichever works for you in the end.

Once you make the choice, and have tested the effects of the drugs extensively, consider buying in bulk, because you get more savings that way.

I have narcolepsy, and ADD.

I have used Provigil many times in the past with great results, but the side effect I deal with is too much.
It gives me horrible headaches soon after taking it.

Do you have any suggestions to counter this side effect, or any alternative which would have the same benefit?

Thanks in advance,
Michael

PS – Thanks for the great article & research!
It was very helpful.