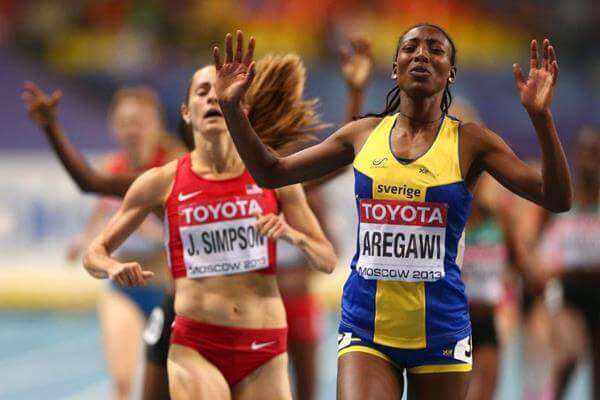 Meldonium, otherwise known by its brand name Mildronate, is a limited market pharmaceutical that has become a hot topic in the world of sports doping.

The drug which was first developed in Latvia to treat animals has since become a controversial substance among athletes after it drew the attention of WADA (the World Anti-Doping Agency).

Although Meldonium has been a prevalent medication across Eastern Europe and Central Asia for some time, it has not been approved for use in the United States and remains a substance whose risks and benefits are up for debate.

Initially designed to inhibit carnitine biosynthesis, this antiischemic compound has since been found to assist in a number of different areas from neurological disorders and cardiac problems to magnesium deficiency and diabetes.

Meldonium caught the eye of the athletic world when word got out that it was a PED (Performance Enhancing Drug). Like Telmisartan (Micardis) and T3 Liothyronine (Cytomel) before it, Meldonium has been touted as a strong alternative to anabolic steroids.

But is it really all that people are saying it is?

Today, we’ll take a look at the science behind the drug and why it may or may not be a viable option for those looking to build muscle and burn fat.

For my test, I purchased Mildronate from a Russian vendor named “Nootropic Spot”, from which I’d previously used for other Russian nootropics.

Meldonium has a range of pharmacological effects; its mechanism of action revolves around the regulation of energy metabolism pathways via an l-carnitine lowering effect. Studies have found that it is effective at various doses when combined with traditional therapy for exercise tolerance.

Taken orally, it is rapidly absorbed and works to increase glycogen levels in the cells throughout extended workout sessions.

Meldonium might be a good choice for our readers if they are in the market for a relatively safe and well-researched PED.

It’s been proven to have efficacy in the treatment of cardiovascular diseases and neurological dysfunction. Additionally, it has been found to yield dose-dependent improvement in exercise tolerance for those afflicted with stable angina.

Studies conducted on boars found that Meldonium increases sperm motility and sexual performance, suggesting that it may get your mojo risin’ if you dose properly.

Some companies promote Meldonium as being a CNS stimulant that can unlock your intellectual and physical potential. Awake Brain claimed their Mildronate supplements as improving mental processes, reducing fatigue, increasing motivation and improving athletic training and competition.

With that said, it is important to manage one’s expectations when taking Meldonium. Not everyone believes the hype; in an article for the NY Times, sports writer Andrew Pollack explored the “hazy” effects that the drug has on athletes.

In Pollack’s expose, he interviews a London pharmacist who had this to say about the drug: “The evidence around whether it is a performance-enhancing drug is quite thin.”

In this same piece, Pollack demonstrates the tangential nature of the drug’s reputation, pointing out how its value as a PED is theoretical. After a cardiologist explains how burning glucose is more efficient than burning fat in people with limited oxygen, Pollack writes, “That might also, in theory, suggest why the drug would help athletes.

“At maximum exertion, their cells might not be getting enough oxygen. Use of the drug might help switch the cells to burning glucose instead.”

Words like “might” are not exactly reassuring. If your doctor told you, “You might be alive next summer,” you wouldn’t exactly feel confident booking tickets for the Bahamas. The same is true of a PED review.

However, even with clinical proof less than concrete, the public has been vocal about the perceived benefits of this multifaceted substance.

Meldonium may assist in a number of areas including, but not limited to, ischemia, muscle wasting, exercise tolerance and sperm mobility.

It is available in pill, powder or injection form and can be taken in the short and long term for its various health benefits.

For those looking to use Meldonium for exercise-related goals, it should be combined with a heart-healthy diet and a regular exercise regimen.

If this sounds like something that might be right for you, consider the pros and cons before picking up a bottle or a shot.

A therapeutic dose of Meldonium is typically between 500 and 1,000 mg once daily, although some users may want to divide their dose into two times a day.

Other sources like the LongeCity forums point to Mildronate being an effective drug backed by good evidence, one that reduces infarct size, improves anginal and neurological symptoms.

Some users suggest that it is best to take a 4-6 week cycle during a peak competition phase for the best results.

While Meldonium is said to be a relatively safe and effective performance-enhancing drug, there is insufficient evidence to support the claims.

In short, Meldonium should be taken with caution. Users should discontinue use if any obvious side effects occur. Be safe, be smart and be well.

If you decide to buy Meldonium online, you can get it here

Some of the best nootropics for motivation