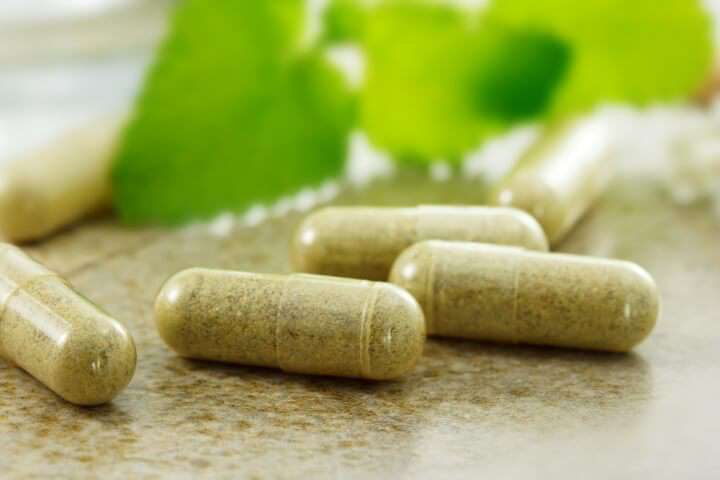 A plant that can get you high? You don’t say? The root of this tropical flora, once synthesized into a medicinal form, has been consumed for ages as a sedative, anesthetic, and euphoriant all at once.

You’ll see folks touting a Kava beverage as an alternative to alcohol (though, without the taste of a smooth glass of good whiskey). Sound too good to be true? I was also skeptical, so I decided to do some research to find out if this stuff was the real deal.

Does it Have Therapeutic Benefits?

Researchers have noted that the calming effects of Kava Kava are similar to many pharmaceuticals, like Valium. Because of this, it has been used as an anti-anxiety aid.

Kava doesn’t create the kind of brain fog that some medicines do, so it is highly valued for those seeking a natural alternative to treat some of their issues. Kava can help induce sleepiness, so those with sleep troubles also find considerable use from using the plant and its extracts.

What’s All The Hype About

Kava Kava is a plant, and the roots have been used in traditional medicine as a multi-purpose solution for various mood disorders and as a general tonic to help people relax. It can induce sleepiness, reduce muscle tension, and cause a slew of other effects on the body.

The root is known to contain many specific chemicals, like kawain, dihydrokawain, methysticum, etc.). The most potent active ingredients, however, are the kavalactones contained within the root.

Research on these compounds shows that they have pain relieving properties in addition to the many positive benefits that the Kava Kava plant provides.

The Kava plant has been used for over 3,000 years for it’s medicinal benefits in cultures of the Western Pacific Islands like Fiji, Hawaii and Polynesia. It’s been used as a mild sedative and painkiller for generations. In fact, most of these island cultures value kava very highly, and it’s a part of many important rituals.

It’s usually consumed as a drink, which is traditionally made from the bark of the kava plant and coconut milk or water. The bark of the plant is either chewed or ground up and combined with a bit of water to form a sort of paste. It’s then dropped into either coconut milk or water and taken immediately. Today, it’s also available in pill form, which seem to provide the benefits of kava without the work of preparing it traditionally.

Recreational Use Of Kava Kava

You’ve probably already stumbled across mentions of this herb on some assorted health forum somewhere. It’s got a reputation for the calming effects that it purportedly induces, and, since it’s still legal in the United States, many have designed to give it a try to see what all the fuss is about.

The FDA has concerns, which is understandable, but they haven’t gone as far as outright banning it yet. This has led to some interesting developments, like Kava bars where a drink containing a concentrated form of the plant are served in a social setting.

I don’t think I’m quite ready for a sojourn down to one of these spots, but the Kava high is one that seems intriguing, so I decided to do some more digging.

What Does Reddit Have to Say About Kava Kava?

Kava Kava has its proponents. One rather blunt user gave a rather impassioned testimonial:

“I took about 1500mg of some Kava Kava from drug emporium. For a while at the beginning, it seemed like it wasn’t going to work. 2-3 hours later, my vision is spending, my body is warm, I can hardly keep my eyes open. Closing my eyes feels really good, ya dig? This shit got me high as ballsfuck.”

Some user expressed concerns about taking it due to potential organ damage:

“Just received 50 grams of Mo’i Instant Kava from gourmet Kava and whoever has looked up kava has read the cases where it causes liver damage and people have died. I don’t want to die so what is this about should I take it?”

Commenters, however, seem dismissive of the liver damage angle:

“The liver toxicity thing is a myth. We know that a few people might have gotten an idiosyncratic allergic reaction to kava (think people who are allergic to almonds – this doesn’t mean almonds are dangerous or unsafe, but merely that 1 in 1 million people can get an allergic reaction), but the number of cases has been tiny in relation to the total number of users.”

Armed with this info, I decided to go ahead and give Kava a shot.

Not wanting to mess around with brewing a bitter tasting Kava drink, I decided to go with the Kava pills. The 250 milligram capsules were relatively inexpensive and seemed like the easiest method of ingestion. I decided not to go straight to the deep end, and so, went with at five capsule (1250 milligram) dose to start.

At first, nothing much, but after an hour or so I could feel the effects taking hold. I started feeling very relaxed, but the sedated feeling wasn’t exactly the same thing as being drunk.

I didn’t feel off-balance or unable to control myself, it was just a feeling of high-level calm, followed by the urge to take a nap once the effects wore off.

Most Agree: You Can Get High Off Kava Kava

Most folks who take Kava Kava experience some effects when they ingest the compound. The effects might be milder for some than others, but with a high enough dose, the usual response will be something akin to the intense Kava high experience previously quoted.

It’s calming and has a high likelihood of making users want to take it easy while they enjoy the deep, relaxed state.

Does Kava Lead To Liver Damage?

This is a highly contested question. Supposedly, with repeated use over time, Kava Kava can lead to severe liver damage. Throughout the years, there have been occasional cases of severe liver toxicity that has been linked to kava usage, some of which resulted in death.

On the other hand, there don’t seem to be enough cases linked to kava to establish a true correlation between kava kava and liver damage. Even so, many countries throughout the world banned the sale of kava kava related products. However, kava has been used for thousands of years with little to no reported incidence, leading some to believe that this supposed link with liver damage is nothing more than a ploy by the pharmaceutical industry, who stood to lose market share to growing sales of kava products.

There’s still plenty of back and forth about Kava Kava’s effects on the liver and other internal organs. While this might be in dispute, what is not is the fact that Kava can interact with medications, including anti-convulsants and typical anti-anxiety drugs.

Kava can also cause complications when ingested with alcohol. Kava is not addictive, however, so there’s little concern about users potentially overdosing on the plant. You’ll definitely know if you’ve had too much Kava, as it can cause vomiting if taken in excess.

Kava Kava seems mostly safe to use and has some potent effects. I say give it a shot, just be judicious with the doses. You should also make sure to buy from a supplier you know is reputable.

Since this herb isn’t tightly controlled, there are few regulations regarding production and a chance you could get a not-so-great batch if you obtain it from a less-than-savory source. Since it isn’t particularly expensive to begin with, it pays to look for a quality product.

“leading some to believe that this supposed link with liver damage is nothing more than a ploy by the pharmaceutical industry, who stood to lose market share to growing sales of kava products.” Thank you for mentioning this. It’s a possibility that can seem a little paranoid, but that doesn’t mean there’s no truth to it. Also, it seems many of the cases of liver problems was from products made from the whole plant. It seems safer, and in line with traditional practice, to only use the root. Unfortunately, I don’t think there’s any scientific evidence to confirm this, after all what group can afford for the necessary trials, besides pharmaceutical companies themselves? There’s some thought that while liver-damaging components might be much less present in roots, it still exists in them. We can imitate the traditional kava use that indigenous groups practice throughout the Pacific apparently without medical issues, but it’s a risk that some individuals may not be willing to tolerate.