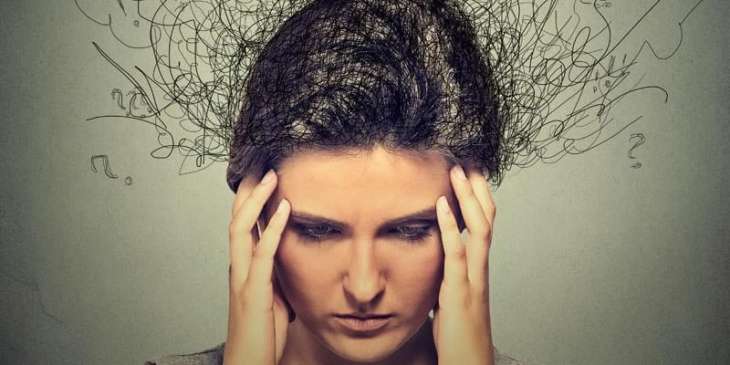 Over 3 million adults struggle with anxiety disorders in the United States alone, according to the Anxiety and Depression Association of America.

Thousands more experience symptoms of anxiety but haven’t received a diagnosis. Though anxiety takes many forms, one of the most common is anxiety in social situations.

The thing is that anxiety is highly treatable. Unfortunately, only about one-third of those diagnosed with the disorder seek treatment.

Self-care, therapy, and medication are the most common treatments. Another that’s not as commonly discussed is nootropic supplements.

Although should seek a doctor’s advice before using nootropics to treat an anxiety disorder, they can work wonders at fighting mild to moderate symptoms.

I’ve personally used nootropic stacks to treat my anxiety with much success. One of the best combinations I’ve found is Alpha Brain and Phenibut.

Here’s the lowdown on stacking Alpha Brain and Phenibut to reduce anxiety and stress.

If you listen to The Joe Rogan Experience, the comedian’s popular podcast, there’s little doubt you’ve heard him mention Alpha Brain before.

Rogan claims that Alpha Brain, one of the most popular nootropics on the market, seems to:

“Fire up your brain at a higher RPM level…I feel like it helps me form sentences better.”

Other cognitive benefits include enhanced memory, focus, and creativity. It also leads to a marked increase in mental energy throughout the day.

Alpha Brain sticks out from other nootropics because it’s already a stack. Instead of utilizing only one ingredient, the supplement features a proprietary blend of 11 ingredients total.

These ingredients consist of:

L-theanine is one of the most exciting of these ingredients. According to Examine.com, it helps accentuate the effects of other nootropics. It does this by opening the blood-brain barrier so other nutrients can more easily pass through.

Another ingredient whose benefits are worth special mention is oat straw. According to the Journal of Alternative and Complementary Medicine, it reduces neurological stress and enhances overall cognitive performance.

Even more exciting is that the science behind the mental benefits of Alpha Brain, particularly improving memory and executive function, have been outlined extensively by the Journal of the International Society of Sports Nutrition.

The other half of my recommended nootropic stack for anxiety is Phenibut.

In fact, the Phenibut supplement is modeled after GABA. It interacts with the GABA receptors in your brain to help reduce feelings of stress and anxiety.

CNS Drug Reviews states that Phenibut has numerous brain-enhancing benefits, although helping treat anxiety is chief among them.

In addition to stress relief, Phenibut is also used as a sleeping aid and mood enhancer. Pair the supplement with another nootropic to release even more mental performance benefits.

Why Combine Alpha Brain and Phenibut?

Both Alpha Brain and Phenibut are potent nootropics when used on their own.

However, using them at the same time unleashes even more benefits. There are a few reasons that this happens.

Reason number one is that Alpha Brain contains L-theanine. As I mentioned above, this amino acid unlocks the blood-brain barrier.

It makes this barrier more permeable, allowing other nutrients, vitamins, and compounds to more easily access the brain.

L-theanine is what makes Alpha Brain’s other nootropic ingredients so effective. It’s also what makes Phenibut even stronger when paired with Alpha Brain.

After Phenibut takes hold and helps mellow out anxiety symptoms, the cognitive benefits of Alpha Brain become even more noticeable.

Most people experience clearer thinking and better concentration. It’s a little like a fog has been lifted from your mind, and you can do anything that you want to do.

As anyone with anxiety knows, this isn’t a common feeling when struggling with the mental disorder. Unlocking this clear-minded feeling enables you to get more done, be more comfortable in social situations, and just feel better all around.

It’s important to use both Alpha Brain and Phenibut in moderation, especially the first time you stack them together.

Take Alpha Brain as directed on the packaging. Most people take one capsule in the morning and another in the afternoon for the most benefits.

It’s much more difficult to find the right dose of Phenibut. The best advice is to start with a small dosage and experiment with slightly higher doses until you find the right balance.

As we’ve said before:

“Everyone’s Phenibut experience is unique, but in general, men should take about 2 – 2.5 grams and women 1 – 1.2 grams of Phenibut in a day.”

A Word of Warning

Though Alpha Brain has relatively few side effects or other risks, the same can’t be said for Phenibut.

The number one risk of Phenibut is dependency. Because your body builds up a tolerance to the compound, you’ll have to take more and more of it to feel the same effects over time.

Doing this can lead to both mental and physical dependency. Stopping use of Phenibut at this point can cause severe withdrawal effects.

For this reason, Phenibut shouldn’t be a long-term solution for anxiety. It works wonders in the short-term, but isn’t a smart long-term treatment.

To answer the titular question, no, Alpha Brain and Phenibut is not the perfect nootropic stack for anxiety.

Though the combination is very effective at reducing anxiety, it isn’t a long-term solution due to Phenibut’s dangerous side effects.

I’d love to hear from you in the comments below. Feel free to ask any questions you might have about Alpha Brain and Phenibut as well as nootropics and anxiety in general.