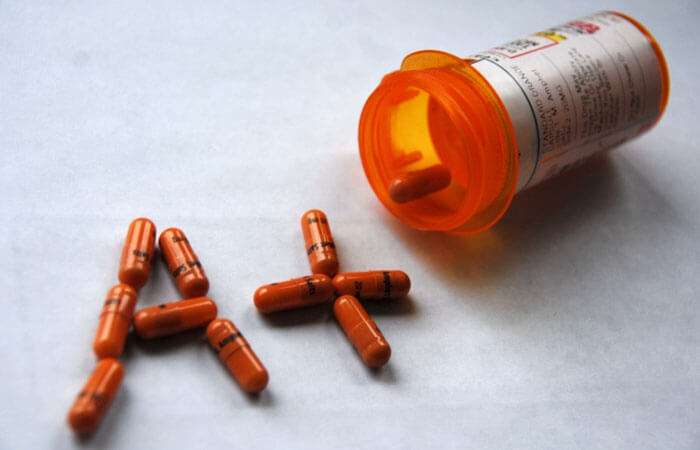 Are you currently taking Adderall but wondering how to switch from Adderall to Adrafinil?

As someone who has been on both, I can see why people would be concerned about switching from one to the other.

There are a few tricks to successfully transferring from one nootropic to the other, but first, we need to set some expectations.

First, it’s unlikely that Adrafinil will be as effective of a nootropic as Adderall. Adrafinil isn’t a serious stimulant like Adderall, though it works on the same neurotransmitter systems.

Second, Adrafinil is more harmful to your liver than Adderall is, but it’s likely healthier for your other organs. Adderall applies systemic stress as a result of its activation of the peripheral nervous system alongside the central nervous system, which means that long-term use is somewhat unhealthy.

In this article, I’ll discuss Adderall, Adrafinil, and what you can do to edit one out of your stack and get the other up and running as quickly and painlessly as possible.

Most Adderall users will experience at least a few of the side effects at various points in time and learn how to avoid triggering them.

Adderall doesn’t always play nice with other stimulants, including stimulants as common as coffee or tea, and it also doesn’t cooperate with many antidepressants.

Adderall accomplishes its effects by behaving as a dopamine and norepinephrine releasing agent.

Adderall is the most effective pharmaceutical grade stimulant and is prescribed to treat ADHD.

Because Adderall causes dopamine to release directly into the synaptic cleft, habituation and tolerance to Adderall’s effects are guaranteed with regular use.

On the bright side, the doctors claim that the beneficial effects are still there after tolerance induction, although most users will dispute that claim.

Adderall has a big potential for addiction and is often prescribed in a context which promotes dependence, though not abuse. Most legitimate Adderall use is over the long term and involves dosing at least once per day.

The longer you’ve been taking Adderall, the longer you’ll have to taper off your dose and wash it out of your system before you can safely and effectively use Adrafinil.

Adrafinil is a wakefulness-promoting nootropic which people take to stay awake, gain focus, and increase their mental processing speed.

Adrafinil is a prodrug for Modafinil, which means that Adrafinil converts to Modafinil in your liver before Modafinil then metabolizes and provides its subjectively beneficial effects.

Many users have glowing reports of how effective Modafinil was for them, and Adrafinil is commonly praised too.

Adrafinil thus operates by the same mechanisms of action as Modafinil.

Modafinil is a weak dopamine transporter inhibitor and also alters the noradrenergic neurotransmitter system as well, although its net effect on both of these systems is far less than Adderall’s on either.

Adrafinil’s subjective effects and side effects are similar enough to Adderall that you might think of Adrafinil as a stimulant, but this isn’t correct.

Dry mouth and anxiety caused by Adrafinil are of a much lower magnitude than what Adderall is capable of, and most users won’t experience Adrafinil side effects.

Unfortunately, there’s another downside to Adrafinil, too: Adrafinil is hard on your liver. Because Adrafinil is a prodrug for Modafinil, it has to be converted into Modafinil before Modafinil metabolizes into bioactive molecules.

Adrafinil and Modafinil have each been shown to separately raise the levels of certain critical liver enzymes over time, which could cause liver damage with long-term use.

If you do make the switch from Adderall to Adrafinil, just remember that you won’t be able to take Adrafinil as frequently as you took Adderall and expect to maintain a healthy liver.

Perversely, the chemical without tolerance building is less safe to use over the period that tolerance is likely to develop.

Transferring to Adrafinil will require a tapering down period, a washout period, an Adrafinil introductory period, and then scaling up Adrafinil to its proper titration.

Tapering down involves slowly reducing your Adderall intake per day at a rate which prevents you from going into withdrawal.

The rate of tapering and how long the tapering period will depend on how long you’ve been using Adderall and how high your daily dosage is.

Taper slowly for the most comfort; tapering quickly isn’t dangerous, but it will be quite unpleasant when you go into withdrawal.
Once you taper, leave your body and brain between two weeks and six months to return to your baseline.

The exact amount of time you wait is up to you; six months is probably a bit excessive, but you’ll be able to fully guarantee that you’re at baseline after that much time.

After all traces of Adderall’s impact are clear, it’s time to start adding Adrafinil into your stack and titrating the dose. As always, start with a low dose of Adrafinil and work your way up, making sure to discontinue your use if you experience any side effects.

It’s also in the best interest of your liver not to dose too many consecutive days in a row.

As I mentioned in the introduction, it’s important to keep your expectations in check before making the switch. Adrafinil is a fine tuner, not a sledgehammer for your physiology like Adderall.

If you’re accustomed to Adderall, Adrafinil may not be noticeable whatsoever when taken in isolation.

If Adrafinil isn’t noticeable, it may not be working whatsoever if the changes that it causes in your neurotransmitter balance are weaker than what Adderall tolerance built.

Which nootropics is like adderall with out hurting liver