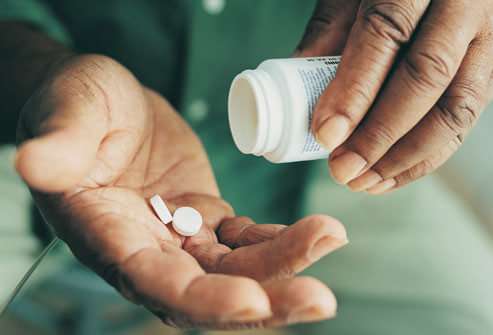 If you’re thinking about adding Adrafinil to your daily stack, you’re probably wondering: is Adrafinil safe for everyday use?

In this article, I’ll take a look at what Adrafinil can do for you, and what it can do to you when you use it every day.

Though Modafinil is likely safe and effective to retain in your stack indefinitely, Adrafinil comes with an added burden on your liver, and isn’t as safe to dose daily—but I’ll give you all the information that we have so that you can make the decision for yourself.

Adrafinil is a wakefulness-promoting chemical that is a prodrug of Modafinil.

Like Modafinil, Adrafinil promises to keep you awake, focused, alert, and improve your memory during its duration. Adrafinil’s beneficial effects are nearly the same as Modafinil’s.

Many users love Modafinil, so if you haven’t tried it yet, Adrafinil may be a good way of accessing Modafinil now that Modafinil is scheduled.

Getting a hold of Adrafinil shouldn’t be a problem because it’s not scheduled and can be bought online.

Some users report that Adrafinil has side effects that go beyond Modafinil’s.

For what it’s worth, Adrafinil made my urine smell really bad and didn’t give me any beneficial effects, but your mileage may vary depending on your brain and liver chemistry.

If you experience side effects like brain fog, I suggest discontinuing your Adrafinil use immediately because it’s unlikely to improve with repeated dosing.

The liver enzyme issue is a major sticking point and is the main property of Adrafinil which will lead me to dissuade users from daily use.

Adrafinil In Your Liver

Certain liver enzymes can become elevated with regular Adrafinil use.

Different enzymes can also become elevated with regular Modafinil use.

Adrafinil is a prodrug for Modafinil, which means that Adrafinil must be converted to Modafinil before Modafinil converts into the metabolites which provide nootropic effects.

Once in the body, Adrafinil is around for quite a while, although most of the stress on your liver occurs during the conversions during the first and second passes of metabolism.

The liver can regenerate itself after minor damage but repeated minor damages without time to repair causes permanent damage.

You can do the math here: using Adrafinil is going to tax a few different sets of your liver enzymes within the Cytochrome P450 family.

The longer you use Adrafinil, the more these enzymes are going to be induced, and the more your liver is going to be stressed.

The Cytochrome P450 family is responsible for the metabolism of many pharmaceuticals and nootropics, so it’s a critical part of your liver enzyme system that you can’t afford to disrupt too heavily without good reason.

Most liver enzyme panels will be able to tell you exactly what is going on with your P450 enzymes.

If you get into a long term Adrafinil stack, you’re going to be causing damage to your liver by causing enzyme levels to be out of whack.

Using Adrafinil daily for a couple of weeks probably won’t cause any permanent damage, but it’s clear that prolonged use is going to be bad for you.

It goes without saying that you definitely shouldn’t use Adrafinil if you have any liver problems.

Long-term scarring can eventually lead to cirrhosis and also acute liver failure, although it’s extremely unlikely that anyone would experience these things from Adrafinil use alone.

There’s no precise strategy for when and how to rotate Adrafinil into and out of your stack for optimum liver health; nobody has conducted that study, and I wouldn’t hold my breath for one to come out.

The data that we have suggests that Adrafinil isn’t safe for long term daily use, but it can be used safely in bursts.

I’ll suggest three separate stacking strategies for Adrafinil to give you options that are calibrated to your particular risk tolerance. Just remember that Modafinil should be treated as very similar to Adrafinil for consecutive use.

The first strategy is the safest: use Adrafinil on consecutive days for no longer than a week at a time, then take two or three weeks off.

You could probably use Modafinil during this period if you were desperate, but then you’d need to cycle off of both for even longer down the line.

The second strategy is probably pretty safe, too: use Adrafinil for no longer than a month, then take three months off. This strategy provides you with a longer timeframe of use but leaves you with a much longer downtime.

The final strategy is what I’d term “risky,” and involves dosing Adrafinil consecutively for as long as you’d like, provided that you get regular liver enzyme panels and have the help of a doctor to interpret them correctly.

The final strategy hinges on collecting data from your liver to inform you about your liver health, and if you plan on long term use of Adrafinil, I’d say it’s necessary.

If I had to summarize the use case of Adrafinil in your stack, I’d put it as “regular use is okay, but daily use over the long term is not.”

In general, I advocate cycling the nootropics in your stack in and out on appropriate timescales, and Adrafinil is no exception.

That sums up my perspective on what the evidence says about using Adrafinil daily. I hope that you’ve found this information useful and that you incorporate it into your stack strategy and Adrafinil use cases.

Just remember to think of your liver every now and again; you only get one, so don’t mistreat it too much.

If you’ve used Adrafinil for months on end and can prove that your liver is in good health, sound off in the comments below. If you have any questions or tips to other users, be sure to leave a note too.