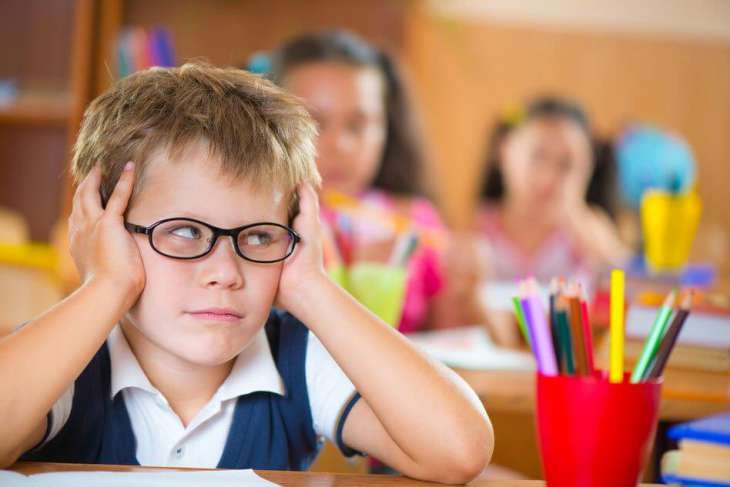 If you think you’ve got ADHD, you’ve probably wondered whether common nootropics like Adrafinil can be effective for ADD or ADHD.

I know that my personal experimentation with Adrafinil was a direct result of searching for something to assist with what I thought was ADHD, so I assume others will be in the same boat.

In this article, I’ll take a look at what ADHD is and what Adrafinil might be able to do for help. Before I start, I’d encourage you not to play “amateur Freud” and diagnose yourself with ADHD—check with a professional.

If you’ve already confirmed your diagnosis and are still looking for another solution, read on.

In the unlikely event that you’re not familiar, Adrafinil is a wakefulness-promoting nootropic which is taken for its subjective effects on alertness, focus, and memory.

Adrafinil is a prodrug for Modafinil, which is an extremely popular nootropic boasting nearly identical beneficial effects.

Modafinil is currently in clinical trials testing its efficacy for ADHD indications, which is a very positive sign for anyone who might want to use Adrafinil to treat ADHD.

Adrafinil isn’t as easy on your liver as Modafinil is, but it’s an acceptable stand-in for occasional (but not constant) use.

I’d put my money on these studies producing enough positive results to justify formal prescription of Modafinil as a third or fourth line ADHD treatment—not too bad, considering that most ADHD sufferers will have to go through a gamut of different medications and titrations before reaching an effective combination of their symptoms.

Adrafinil’s mechanisms of action aren’t entirely clear, but it does at least somewhat block the dopamine transporter and effect the catecholaminergic and noradrenergic neurotransmitter systems.

All of these three properties are encouraging to treat ADHD, which I’ll get into later.

Adrafinil is a subtle nootropic, and likely won’t vastly remodel your brain physiology, which is both good and bad when it comes to ADHD.

Adrafinil can be bought over the counter at many websites, unlike Modafinil, which is scheduled.

Many ADHD drugs are also scheduled, so Adrafinil may be appealing to some users with ADHD specifically because it’s easy to buy.

Unfortunately, in my experience, Adrafinil and Modafinil aren’t nearly as effective at treating ADHD as stimulant medications, but your mileage may vary.

Some Adrafinil users including myself complain of brain fog, dry mouth, and headaches after taking Adrafinil.

If you experience these side effects, Adrafinil is probably not the best nootropic to treat your ADHD because it is exacerbating the symptoms that it’s being taken to treat.

First of all, ADD is merely an obsolete term for ADHD.

Second of all, the term “ADHD” is quite misleading, as the underlying symptomology goes far beyond deficits in “attention” and an excess of “hyperactivity.”

ADHD has some underlying genetic causes and is primarily characterized physiologically as a miswiring of dopaminergic neuronal pathways and dopamine production, consumption, and reuptake within the synaptic bulb.

ADHD is a disorder of the executive functions.

The executive functions reside in the frontal lobe; people with ADHD have poor linkages between the rest of their brain and the frontal lobe as a result of dysfunctional dopaminergic neuronal pathways.

That’s a lot to swallow, but there’s even more: because people with ADHD don’t have strong links between their executive functions and the rest of their brains, regulating arousal levels is extremely difficult.

From the difficulty in regulating arousal levels comes the popular image of an ADHD-sufferer as bouncing off the walls and incapable of focusing.

But that’s not the whole story because arousal is a spectrum, not a switch.

It’s just as easy to imagine a situation in which someone who can’t regulate their arousal levels suffering from extremely low arousal as extremely high arousal, and this is exactly the case in ADHD.

There’s been some success with stimulant alternatives in the inattentive subtype, which leaves the door open for it to be potentially helped by Adrafinil.

Is ADHD Worth Adrafinil?

I’d say very enthusiastically that Adrafinil warrants a try if you’re interested in finding a potential treatment for your ADHD.

Given that Adrafinil and Modafinil have reputations as subtle nootropics and can’t pull off the dopamine-slamming that stimulants can, I’d treat Adrafinil as a fine tuner rather than monotherapy.

Adrafinil will likely do something rather than nothing, as its mechanisms of actions that are known intersect with the physiological features that are impaired by ADHD.

The question is whether Adrafinil will be beneficial or detrimental. For me, it was detrimental, and caused even more brain fog—but don’t let that stop you.

A formal ADHD diagnosis could serve you well down the line if you find that Adrafinil is helpful for your ADHD because you might be able to get access to Modafinil, which is easier on your liver than Adrafinil and is also subject to stricter quality control.

Doctors will also understand the proper prescription cases for Modafinil, though they may balk at prescribing other drugs alongside Adrafinil.

Don’t let the potential liver stress caused by Adrafinil phase you, either. ADHD is a debilitating and comprehensively detrimental disorder to those that suffer from it, and—in my opinion—it’s worth a damaged liver and a shorter lifespan to abate effectively.

You’ll be trading future time for a higher quality and more focused present if you decide to periodically use Adrafinil for your ADHD. Use your life calculus to decide for yourself, but don’t let a good opportunity slip away.

I have been taking adderall for 20 years or more. I am having difficulty with panic attacks and open sores all over my body. I would like to try adrafinil or modafinil. I would appreciate any information you might have.
Thank you.
John Sweeney