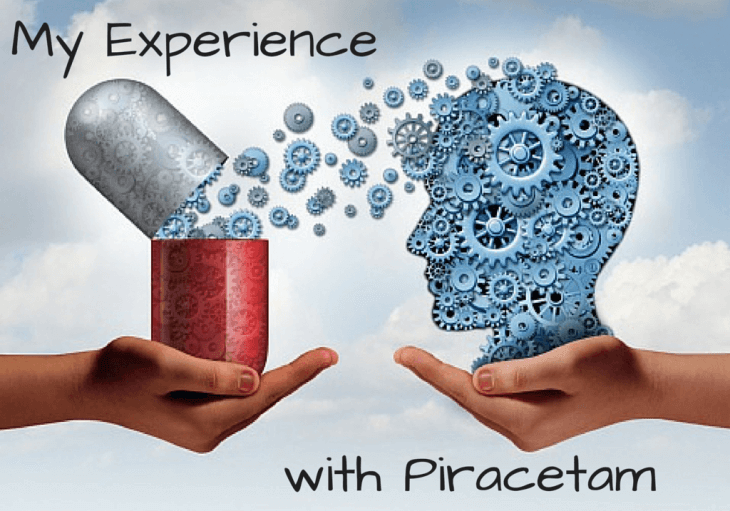 Looking for a safe and easy way to improve your brain? Piracetam could be the answer.

It is a tried and true smart drug that has been around for decades, considered the “granddaddy of nootropics”.

Often seen as a drug for those who are just starting out in nootropics, it has the advantage of allowing a bit of self-experimentation safely.

Whether you are a student or businessperson, Piracetam can help you get the clarity you need take finish your work in less time with less anxiety.

The question is: is the hype for real?

First created in 1964 by Belgian scientist Corneliu E. Giurgea, it was the first smart drug and the original. Having achieved this honor, many of the current nootropic compounds on the market are primarily based on Piracetam.

When Dr. Giurgea created Piracetam he was working for UCB, a pharmaceutical company in Belgium. He also invented the word “nootropic” from a combination of two Greek words – “noos” meaning “mind,” and “trope” meaning “turn.”

Once Piracetam was synthesized and subjected to clinical trials the following year, it was discovered that the drug improved certain mental traits in animal test subjects.

Over the following years there were a vast number of experiments done with the drug, and its effectiveness was tested on a variety of medical conditions such as epilepsy, vertigo, motion sickness, and even spinal cord complications.

After almost a decade of study, the drug was officially used in a medical environment – in 1971.

This course of scientific research on Piracetam was performed hundreds of times over the years, using human and animal subjects. Participants in the studies covered a wide range of ages, mental states, and medical afflictions.

Human testing showed the administration of Piracetam resulted in improvement for a number of medical disorders, including head trauma, alcoholism, learning disorders, and vertigo.

Age–related diseases such as Alzheimer’s and Parkinson’s also showed marked improvement using a Piracetam regimen. These results make the drug a safe and reliable choice whose effectiveness has been tested and approved over many years.

The question to be answered is how Piracetam can be used by normal, healthy people who are looking to gain a mental edge. There is no conclusive research in this area, but we can draw some conclusions based on existing tests conducted on humans who are less-than-healthy.

There is also a significant amount of unofficial evidence that is anecdotal and the result of self-experimentation. Much of this evidence is available online.

Also, there have been a few formal studies done on how Piracetam interacts with healthy humans. One study demonstrated that verbal learning skills showed an appreciable improvement when used over a two week period. (Personal note: though Piracetam is great for verbal fluidity, Oxiracetam is far superior. I take it regularly to help with public speaking.)

How does Piracetam work in the brain?

Despite years of research, the odd thing is that know one knows for sure how Piracetam actually works.

Generally, the prevailing wisdom is that the drug boosts the central nervous system and stimulates the corpus callosum of the brain.

This latter part of the body is the connection between the left and right hemispheres of the brain.

Increasing the level of communication between the two will improve both your level of creativity and the overall functioning of your brain.

The next logical question is why anyone should consider taking Piracetam? As a visitor to Corpina, presuming you have an interest in one or more of the cognitive enhancing abilities of the drug is a safe assumption. Therefore, we can move forward at the specific benefits of Piracetam.

One of the major reasons students take Piracetam is because it markedly improves their ability to focus. Not only do you focus better, but you are able to focus for longer periods of time.

You require less mental energy to achieve better results over a longer period of time, allowing you to do more studying or get more work completed than you could possibly hope to do without the drug.

Memory is another area where Piracetam has proven itself to be effective. People who have to deal with Attention Deficit Disorder are often prescribed Piracetam. Also, patients who have experienced a head injury are prescribed the drug as a mean to rehabilitation and recovery.

A third advantage of using Piracetam is its use to improve blood flow to the brain, improving the connection between the two sides of the brain and becoming more creative. As a therapy, the drug can help repair damaged neurons which has a positive effect on a person’s alertness and attention span.

Perhaps the best advantage for the health-conscious is that Piracetam is non-habit forming. It also has a low level of toxicity, making it safe to use without affecting your overall physical health. As for side effects, it is typical of the racetam family of compounds that there are virtually none.

But there are some side effects, so this section will inform you of whether any of them are particularly troubling to you. Some users report a few side effects, most of them minor and all of them are never consistently present for users of the drug. This means it will vary from one person to the next. Dry mouth is one of the more common side effects, and a few users have reported higher levels of anxiety.

Another side effect is sleeplessness – or the opposite. Some users become restless while other become drowsy. This is another example where the user experience can be very different. As how any side effect will be relevant to you, the only way to know for certain is to try the drug.

Once you have examined the evidence and come to the decision that you would like to move forward and try Piracetam, next oin the list is to determine a beginner’s dosage that is comfortable and safe for you.

When taking Piracetam, it’s absolutely essential to take it with a choline supplement. Piracetam uses your body’s natural choline (in the form of Acetylcholine). When this happens, you experience “brain fog.” (the opposite of the desired effect).

While it’s not super common, if you start to experience brain fog just add a choline supplement. I recommend choline rich foods (I love eggs) or something Alpha GPC.

Keep a basic journal of any side effects, and how much choline you are taking so you can modify the amounts over time.

Increase your choline levels by eating about 150 grams of beef per day or by having three eggs for breakfast. If the rise in choline does not completely clear up the brain fog, add a dose of Alpha GPC of 500 mg. per day. Adjust the dosage as needed.

The dose of Piracetam you should take at the beginning depends on the strategy you choose. There are a number of strategies we document in detail. Our basic recommended strategy is:

Take one dose in the morning, then the second in the afternoon

Maintain this regimen for 3 consecutive weeks

At the end of the 3rd week, document the effects using Piracetam had on you

You will be able to find online countless numbers of reviews and user logs that document the individual experiences people have had with Piracetam.

Because of the number, cataloguing them or trying to create some type of organization is a huge task. Instead, we can choose a select number and summarize their experiences so that you can gain some perspective of the effects of the drug.

The Anabolic Minds forum has a user who reports having a positive experience when it came to their ability to think clearer and gather information from reading books. They also reported an increased relaxation from using the drug.

The Social Anxiety Report forum has a user reporting some irritation and feelings of being mentally tired from taking Piracetam as a result of an “overdose.” Aside from the negative effects of the overdose, the user reported feeling more positive and optimistic and less depressed than before taking the drug.

Here is the summary from their entry:

“Piracetam has been making me a ton less depressed (additive effect each day I’ve been on it), brain feels like it has more energy, anxiety is less of a drain. Makes colors/imagery more vivid. Causes irritability/mental fatigue if taking too much.”

A user on Hip Forums said that while they did not experience a boost from the effects of caffeine after taking Piracetam, it did have a positive effect on the MDMA. This is common, as it often enhances the effects of various stimulants.

This is only a sampling of the many logs that can be found online speaking about the effects of Piracetam and their experiences with making self-adjustments.

Keep in mind that anyone’s experience is subject to bias, so avoid taking what you read as the absolute truth. What reading the logs will do is to help you gain perspective of Piracetam before venturing into using it yourself.

For beginners, our recommended regimen and a supply of choline, if necessary, gives you the easiest and safest way to start using nootropics.

The evidence supports the benefits, and you can adjust the dosage as needed to achieve your own personal goals.