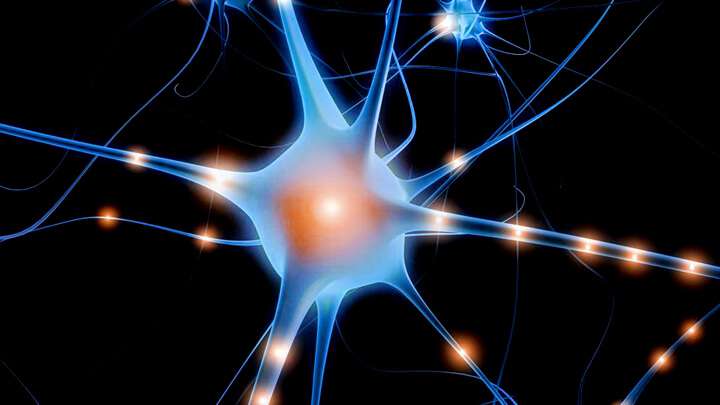 A common reason that so many people are getting into nootropics is the hope that they can facilitate learning.

Many people also associate their learning ability with general intelligence, and nevertheless, taking the brain in new directions is healthy for it.

What’s so wonderful about our species is that we can adapt to all sorts of conditions and environments, plus the innate skill of absorbing new information.

Some people are more naturally skilled than others, but with some of these nootropics, everyone can see a modest to drastic improvement to brain plasticity – our mind’s attribute that describes how easily we can learn and change.

We cover a lot of material on the racetam class of drugs here at Corpina.org – and it’s for a great reason. They come in several forms, such as piracetam, oxiracetam and coluracetam to name a few.

All of them appear to affect the actions of acetylcholine, which drives our short and long term memory. A boosted memory is one thing, but the racetams affect the systems of other receptors as well.

For instance, piracetam has been observed to act on the NMDA glutamate receptors, which are associated with both learning and memory processes.

Since both of these crucial factors for plasticity are covered, piracetam is a viable substance to aid in the learning of new subjects.  Many followers of nootropics would agree, although piracetam doesn’t work perfectly for everyone.

Similar effects are noticed in the siblings of piracetam, such as oxiracetam and phenylpiracetam (a much more potent derivative of piracetam with a phenyl ring added).

Racetams are widely available on the internet in powder form, with varying dosage, price, and potency for each kind.  With the marketing of nootropics going on today, almost anyone can try them for the purpose of boosting learning.

While the racetams boost brain plasticity by way of activating the NMDA receptors, Huperzine-A works in an entirely different way. This super-potent Chinese moss extract not only aids in memory storage (via inhibition of acetylcholinesterase), but it also helps to rile up the production of a chemical called Nerve Growth Factor or NGF.

As it sounds, NGF serves to literally increase the speed at which new nerve cells develop in the brain.  Since our thoughts are essentially mapped out by these nerves, our learning ability is improved when connections can be made faster.

Huperzine is not as popular as say, the racetams, but it is available online as pressed tablets or a 1% concentration bulk powder. It is extremely potent, as I mentioned, requiring a dose of only 50 to 200 micrograms!  One last thing to mention is some research published by Chinese scientists in 2009.

In a study done with Chinese university students, better examination scores were demonstrated in a group of Huperzine users as opposed to members of the control group.

A relative to the racetam family, Noopept is a peptide that is a favorite among nootropics users who desire strong and significantly less subtle effects.

Like the Racetams, Noopept can be used to facilitate memory creation and retrieval.  It is commonly prescribed in Russia for the purpose of memory enhancement, or just a simple nootropic.

It also follows Huperzine A in that it boosts levels of NGF.  However, noopept also raises levels of Brain-Derived Neurotrophic Factor, which similarly increases the growth of new nerves and hence – learning and plasticity.

Noopept is almost always found as a white, bitter-tasting powder.  Of course, it is available online, but also a prescription if you live in one of the former Soviet Union nations such as Russia, Belarus, Latvia, etc.  Dosing is typically 10-20mg, and it is something taken sublingually to speed up absorption into the bloodstream.

Besides the above-mentioned substances, which focus greatly on nerve growth, there are some other nootropics out there that can help with plasticity.

Sunifiram is an ampakine drug (affects AMPA receptors), which can help in attention span and in learning.  It’s also a very new drug, which is giving it a lot of attention in the nootropic community lately.

Theanine, an amino acid we have covered before, can mildly affect NMDA receptors.  A

lso, the edible mushroom Hericium Erinaceus has been shown to boost levels of NGF similarly to Huperzine A and noopept.

There are several different nootropics that can help people learn better and be more prepared to adapt to new experiences. They can be especially helpful as one ages, and be a miracle for college students who are burdened to learn much information in a short timeframe.

They are widely available, so give them a try and report how they work for you.

Some of the best nootropics for learning

Dan:My grandson has attention defecit and is currently attending a college .He is majoring in biology and wants to become a doctor.I bought modifinal from Sun Pharmaceutical and he tells me they really help him concentrate when studying and he is getting good grades.I would like your advice about several things.1 Does taking the pill often have any effect on the body becoming used to it and it no longer work.2 When in high school he did not put much effort into math and he did not take physics.Next year he will be a junior and has to take calculus and physics and get good grades in order to get into medical school..Is there anything you can recommend to take along with the modafinal that might help him to learn these subjects .He only takes the Modafinil when he has to study for a big test.With the modafinil he is able to study for long periods of time and does well on test.Thank God I get all of your material on my email,without your letters I never would have gotten the Modafinil.Before school started this year my son took my grandson to the doctors and they put him on (I think Strattera)for adhd,this drug made him very tired so he got off of it.Besides the adhd his mother had him on an anxiety pill which he no longer takes.He is also playing college basketball and afraid to take adderall because its an illegal drug in sports.3 are there any nootropics that you know of that could possibly help him in both learning and remembering new material,such as physics and calculus.Thank you for your emails and reading this material from me.Ken

Some nootropics and stacks that have worked very well for me recently: