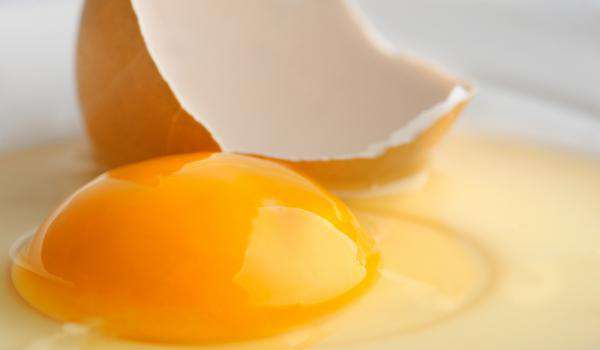 Many nootropics users have taken one of the many choline supplements at one point in their personal trials. Of those users, a large fraction continue to take them for long periods of time. Memory strength, support for racetam use, and general health are some of the most commonly-cited reasons for long-term choline supplementation.

One particular form of choline supplement, CDP-choline, is useful not only for its high bioavailability, but also for its propensity for additional nootropic effects.

CDP-Choline (or citicoline) is a chemical derived from choline. It also serves as an intermediate molecule between choline and phosphatidylcholine, a major component of cell membranes that is indicated in nervous system health. It is considered to be one of the most potent forms of choline, along with alpha-GPC.

Similar to other choline-based supplements, CDP-choline serves as a sort of “raw material” for the body to produce acetylcholine, a major neurotransmitter that is required for muscle contractions and solid memory storage. One thing that sets it apart from other memory-enhancing neurotransmiiters is its high bioavailability. Approximately 90% of the substance is available for use by the body once ingested. This property makes CDP-choline both reliable and potent, especially for more critical situations like co-administering racetam drugs.

Besides its effectiveness as a choline donor, CDP-choline has been shown to bestow multiple benefits for the human body, including the treatment of diseases and raising dopamine levels.

Choline is a molecule that is needed for various purposes throughout the body. It is used to produce acetylcholine for the brain and muscles, as well as helping to form the protective phospholipid layer of cell membranes, especially in nerves. If a person doesn’t get enough choline in their diet, the brain may catabolize cell membranes in order to convert choline to the acetylcholine it absolutely needs.

Supplementing with CDP-choline is a sure-fire way to get choline levels up where they need to be, thanks to its reliability. This is especially useful for vegetarians and vegans, whose diets may not include adequate amounts of choline due to the absence of meat and eggs. With properly-maintained choline levels, cell membranes become more robust. This enhances conduction strength in the bodies of nerve cells, which rely on phospholipids to preserve signals.

In a Spanish study, CDP-choline was shown to protect neurons in the hippocampus from degeneration. It counteracted  symptoms of Alzheimer’s disease in rats by increasing the biosynthesis rate of phospholipids and acetylcholine. Since the research was done in-vivo, CDP-choline’s benefits for treating memory impairment could potentially transfer to humans.

CDP-choline can also be employed as a treatment for head trauma and stroke, due to its ability to help form cellular components and protect neurons in the brain. For these purposes, there is solid evidence in humans, and CDP-choline is often administered post-injury in Europe and Japan.

The neurotransmitter dopamine is essential to confidence and concentration, and lowered amounts of it in parts of the brain can lead to symptoms of disorders such as depression or attention-deficit hyperactivity disorder (ADHD). For many people, an increase of dopamine activity would be highly beneficial to well-being.

CDP-choline is capable of raising dopamine receptor density, or the overall number of dopamine activation points in the brain. The nucleoside uridine, a metabolite of CDP-choline may be involved.

Citocholine leads to a higher density of dopamine receptors.

According to a study done on aging mice, CDP-choline is clearly raised the number of dopamine receptors in the brain. Experimental subjects showed an 11-18% increase in receptor density, versus a 28% decrease the control group.

In humans, evidence for this action was discovered in the treatment of cravings in cocaine addicts. Since the use of hard stimulants correlates with a long-term reduction in dopamine levels, CDP-choline helps to correct the internal imbalance by increasing the number of receptors to compensate. Therefore, CDP-choline could see use as a drug in rehabilitation clinics.

CDP-choline works well for the purpose of cognitive enhancement, thanks to its multiple effects on neurotransmitter levels. Increased acetylcholine levels in the brain translate to a more rapid and efficient memory, and the generation of more dopamine receptors provides the extra willpower needed for intense focus.

It can also as a mild stimulant, because it has been shown to increase levels of norepinephrine in the brain.

The standard protocol for taking CDP-choline is 250mg per dose, taken as needed with racetam use or 2-3 times a day on its own.

Conforming to the traditional definition of a nootropic, CDP-choline has virtually zero side effects even when taken in excess of two grams per day! Minor side effects that occasionally show up in sensitive individuals are mild, usually including an upset stomach.

Sources: where to buy choline online

CDP-choline is usually found in capsules and is available from most health supplement retailers. Although it is expensive to produce, you can usually get a much better deal by purchasing a powder form of it. LiftMode offers small bulk amounts of powder, for those who want to give it a try without spending a lot of money up-front.

CDP-choline is much more than a simple choline supplement. It has been proven to treat many forms of neurological disease and goes far beyond the acetylcholine pathway in terms of biochemical effects. Nootropics fanatics, doctors, and scientists all have a lot to be excited about with this substance!

How Long Does It Take for Valerian Root to Kick in?