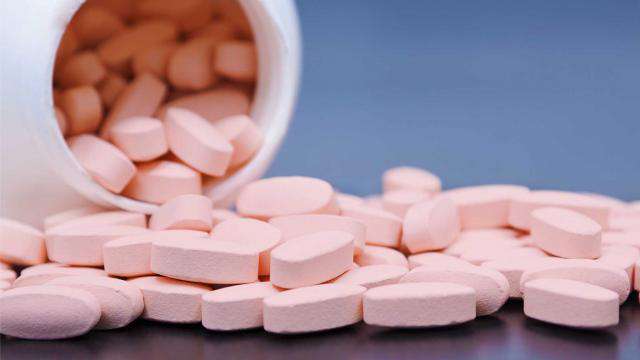 Muscle conditions, whether induced by injury or some form of stress, can be painful, and often require a combination of medication and therapy to treat. One such medication is Metaxalone, a muscle relaxant created to deal with acute pain symptoms and prevent spasms.

In addition to these prescribed uses, Some proponents argue increased doses can induce a sort of Metaxalone high that is similar to being intoxicated on alcohol. Muscle relaxers are notoriously ineffective for recreational purposes, though, so I decided I’d have to look into this claim more closely.

What Exactly is Metaxalone?

Metaxalone is a prescription muscle relaxer that is used to ease the tension in the muscles, relieve pain born of strains and sprains, and counteract the deleterious effects of various musculoskeletal conditions.

The exact manner in which Metaxalone works is unknown, but theories and some research suggest that it could be due to effects the chemical has on the central nervous system. The normal dose of the drug is one 800 milligram tablet, which, by itself is considered a fairly powerful relaxer.

Thankfully, side effects with this drug are normally mild and do not frequently occur in young persons. In the elderly, the chance of side effects occurring is increased, and they are urged to take more caution with the drug.

Metaxalone is more potent when taken with food, and when discontinuing the drug, it should be phased out slowly to curb possible withdrawal symptoms.

What is the Drug Good For?

Metaxalone is an effective drug for treating acute pain symptoms that come from physical injury and musculoskeletal conditions. When combined with hearty amounts of rest and a physical therapy regimen, it is a great way to help individuals recover the normal use of their body.

Metaxalone can also reduce instances of muscle spasms (which cause more pain) and can sometimes help injured patients relax and get to sleep (because of the pain relief).

Muscle relaxers usually have a limited range of uses. Metaxalone, marketed under brand names like Skelaxin, was created with that same narrow focus in mind. Though it’s exact method of action is unknown, it helps the muscles relax and thereby reduces pain in the muscles.

It can help with physical therapy of injured body parts and relieve stress that comes from muscle spasms and different musculoskeletal conditions. It was approved for use in the United States in 2008 and has been available as a prescription medication ever since.

Why is there a belief that it could function as a recreational drug? Some users believe the pain relieving and muscle relaxing properties, in higher doses, can manifest as pleasant and tension-relieving. This belief is not particularly widespread, however, and many doubt the notion of Metaxalone being useful for much outside of its intended uses.

When it comes to Metaxalone, it seems like people are split pretty evenly. Some users claim that it provides them with a nice, mild sense of euphoric relaxation. For example:

“Metaxalone doesn’t get me extremely high, the effects are very, very, subtle and I have found that it is most pleasant complementing other recreational drugs, marijuana in particular. When used in isolation, the effects are almost unnoticeable at first, a profound sense of unconscious relaxation, a small discrepancy in motor controls, sleepiness, and a noticing of minute details are all fairly standard, as is a somewhat hazy memory”

Others heaped similar praise on the drug, when used as a mild aid to relaxation:

“Took 2. I must say within 10 minutes I had a very small bit of nausea. They do that. But it faded fast.

After that, I did feel good. Just loose. Not like stupid loose but like muscularly loose. Like it felt great to stretch out and spread out and lay back. There was a bit of a warmth going through my arms and legs. Sorta like the warmth you get from a good drink, but focused into the muscles. “

Meanwhile, there are just as many detractor of the substance, who don’t believe it has any recreational value at all.

“Not worth it. It’s a muscle relaxant, and not a good one. All you’re gonna notice if you don’t have any pain is a slight drowsiness. If you take a lot of them some people get a slight drunk feeling off it, but not in a pleasant way.”

Another commenter was even more blunt in their assessment:

“Muscle relaxers like that don’t really get you high at all, it’s not worth it. Leave them to people who really need their muscles relaxed, like your pops.”

What they can agree upon, though, is that it does work for relieving muscle pain if used properly. The effects reported by those using it clinically isn’t very similar to being drunk.

Most liken it to a release of tightness in the muscles, without loss of their function, which enables them to achieve more in their therapy sessions and recover from injuries at an increased rate. As always, your mileage may vary. So while this information serves as a pretty good baseline for what to expect, you may have a more enjoyable (or less enjoyable) experience.

I Still Gave it a Shot

I’ve had less-than-pleasant experiences with muscle relaxers, and so braced myself for another wild ride. Fortunately, this go-round wasn’t too terrible. It wasn’t great, but it wasn’t awful either. As expected, after obtaining some tabs and taking a double dose, my muscles, well, relaxed.

Couldn’t feel much sensation, but it was definitely not like being drunk, high, euphoric, or any other positive state you’d normally associate with using a recreational drug. It can aid in relaxation, but outside of that, it provides no other sensation you’d typically think would accompany any sort of high.

You might feel sleepy, but that’s not the same thing. Indeed, some reports from users will note how the drug can ease them into bed, but beyond that, there isn’t much use that those who take Metaxalone will talk about other than helping them with their injuries.

Used normally, Metaxalone with very rarely cause side effects like drowsiness, dizziness, nausea, vomiting, and the like. In very extreme cases, it could cause changes in mental state or unusual tiredness.

One area where you’ll want to use caution is with potential interactions. There are over a hundred medications that Metaxalone may seriously interact with. If you’re taking any other medications, be sure to see whether or not they can pose a problem if taken with Metaxalone. Individuals with liver or kidney problems should avoid the drug, as it could exacerbate their current condition.

You should probably take Metaxalone only if you have a medical need to do so. A doctor will likely prescribe it if you have injury-related muscle pain. Beyond that, though, I don’t see much of a reason to take Metaxalone. If you’re looking for a recreational high, you have a whole host of better options out there that will give you what you want. Then again, considering that some users have had more positive experiences with the drug, you still may want to give it a shot.