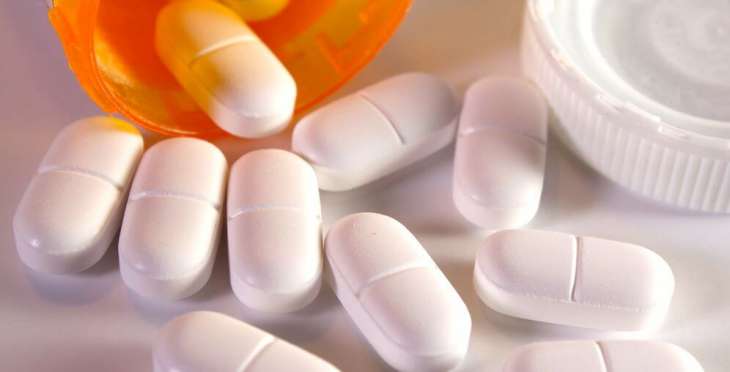 Lamotrigine is a multi-use drug that is normally employed to treat different types of seizures. Those with epilepsy are often prescribed Lamotrigine, and those with bipolar disorder can use it to help control mood issues. Off-label, physicians prescribe Lamotrigine to treat depression.

The drug can also reduce the transmission of pain signals in some cases. Thanks to the mood-altering effects of the compound, some have used it as a recreational drug as well.

Lamotrigine is an anticonvulsant medication. This means it is used to treat people that experience seizures, but that is not the only use. Many anticonvulsants also have mood-altering properties, which makes them useful for people with some mood conditions like bipolar disorder. Lamotrigine is no exception, and doctors will prescribe the drug to bipolar patients if they feel it will be helpful. In addition to it’s use as a treatment for bipolar disorder, Lamotrigine is also sometimes prescribed for PTSD, acute unipolar depression, depersonalization disorder and schizoaffective disorder.Interesting to note is that, while effective, researchers still don’t understand all the workings of this drug and the precise “why” behind its success. Lamotrigine is also a popular prescription in patients that are unresponsive to other, more common mood stabilizers.

Lamotrigine was originally developed in the 1990s and approved for the treatment of partial seizures. While the anticonvulsant was originally intended to help those with epilepsy (which it still does), the mood balancing abilities of the drug have expanded its range into helping those with other conditions as well, like bi-polar disorder and clinical depression.

The drug is available under many brand names and as a generic. It comes in four consumable forms: the regular tablets are the most common, but there are also extended release tablets, chewable tablets, and dissolving tablets as well.

Like many drugs that can alter mood, there is a risk that Lamotrigine can induce negative thoughts or a desire to self-harm. Still, intrepid recreational drug enthusiasts still go after that Lamotrigine high.

What else can Lamotrigine treat?

Lamotrigine has plenty of usefulness when taken correctly, mind you. As I mentioned, it is widely used to treat individuals with epilepsy. For years, Lamotrigine has been one of the drugs of choice for treating pregnant women with epilepsy and has been rather effective at doing so.

The drug is also valuable to those with bi-polar disorder, helping them avoid the low states often associated with the disorder. This is in contrast to other anti-convulsant drugs that are used as anti-manics. Additional off-label uses of the drug include the treatment of neuropathy, neuralgia, headaches, and several other mental disorders.

Combing over the responses from commenters who have taken Lamotrigine, you learn a few things. Namely, it works, but there are a few pitfalls you have to watch out for:

“I’ve been on lamotrigine for a couple of years, and it works quite well for me. I did eventually start having some serious memory problems, but we tweaked the lamotrigine level down and things work well now.”

That’s not the worst of it, though, taking Lamotrigine can result in a rash as well:

“I was on it for about 6 months before I had to stop. It by far was the best med for me. It leveled me out so well. The sad thing was that I had to stop taking it because I was developing a rash.”

The potential skin issues, however, can be mitigated by slowly increasing your dosage:

“Ramp it very slowly. Ramping quickly puts you at risk of a possibly fatal skin reaction called SJS. For that reason, take it daily. Don’t start and stop it.”

Other users have had a more positive experience with the drug:

“I am on Lamotrigine too. You eventually need to be on 100mg twice a day. As it begins to work, it equalises the moods. If you have been very low, as I had been, it can feel almost like a high when you start to get balanced. I remember swinging a little when first on it, but I call it my wonder drug. I realised once on it, that I had never felt ‘normal’ in my life before! So my advice, take it up very slowly in increments, and give it a try. I hope it works for you as well as it did for me.”

Looking over other comments, you’ll also learn that it takes a while to start working, and may, in some cases, not even work at all. That alone was enough to make me skeptical about the recreational potential of Lamotrigine.

I decided to see for myself what effects this drug might have. I don’t suffer from any mood conditions, so would I even gain any benefit from it? I obtained the 25 milligram standard tablets and started small with a single dose of one tablet.

As I suspected, nothing. Reasoning that I’d have to take a larger amount, I went with the 200 milligram dose. Bad idea. After a brief period of feeling “off,” the train ride began. I read about a few of the potential side effects, but experiencing them was much more unpleasant.

To put it succinctly, the bubble guts descended upon me like the fist of an angry god, and I had to take refuge in the bathroom for the remainder of my afternoon. Not doing that again. At least I didn’t experience any of the more serious negative mood effects that were possible.

One thing you’ll notice about many of the firsthand accounts is that they come from people who are taking Lamotrigine for clinical purposes. They have epilepsy, bi-polar disorder, or depression, and their doctor has prescribed the drug to help them with their symptoms.

Very few accounts come from individuals who have tried the drug recreationally, and this is because Lamotrigine is not particularly useful as a recreational drug. The dosing regimen takes time to “ramp up,” and attempting to take a large dose right away (like in my case) can introduce you to some unwanted side effects. In many cases, Lamotrigine is taken for up to a month or more before the user experiences any beneficial effects from the drug. For this reason alone, you can pretty much cross Lamotrigine off your recreational drug list.

When used correctly, there is only a small risk for acute side effects like dizziness, drowsiness, nausea, and the like. There is a smaller, but still real possibility that Lamotrigine will cause depression and suicidal thoughts.

As we mentioned before, ramping up the dose of the drug quickly can put you at risk for SJS (Stevens Johnson Syndrome). While it’s extremely rare, this condition is fatal in many cases. This extremely unpleasant syndrome causes skin cells to die which results in the skin separating from itself. Add this to the list of reasons why Lamotrigine isn’t a particularly good fit for recreational drug use.

Other side effects of Lamotrigine include mania, irritability, confusion, difficulty concentrating and anxiety.

One of the positives of Lamotrigine is unlike many other drugs used to treat mental disorders, there are no reported sexual side effects.

Other medicines may interact with Lamotrigine, like hormonal contraceptives. When taken together the efficacy of both drugs is decreased.

It may seem like a pretty lengthy list, but compared to other drugs used to treat similar issues, Lamotrigine has a pretty low instance of side effects.

It’s a dud. Lamotrigine is a great drug for those using it clinically, but as a recreational drug, I feel this one is a dud. There are more consistent ways of getting acute effects from other compounds, and the Lamotrigine high isn’t resplendent enough to justify trying to fool around with this drug and potentially experiencing the side effects.