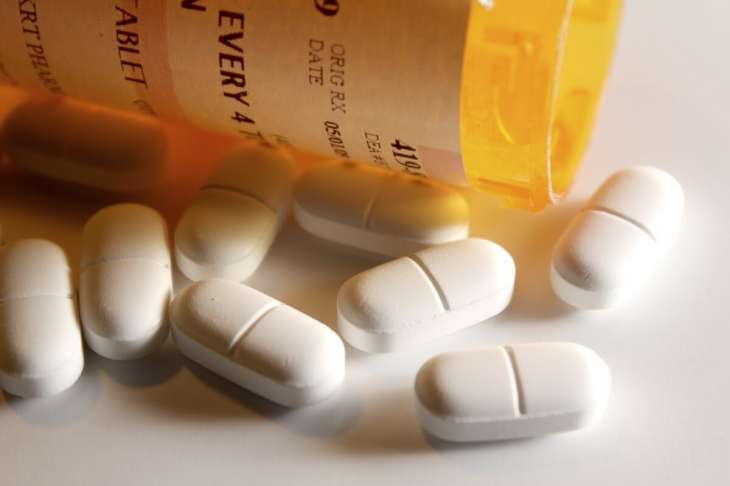 Medications work in mysterious ways, don’t they? Take Meloxicam, for example. It’s an anti-inflammatory drug often used to treat pain associated with arthritis. Ask some users, though, and there’s a belief that the drug also confers some recreational benefit.

I’d not heard of such a thing before, and the most I’d heard of anyone getting from an NSAID (non-steroidal anti-inflammatory drug) was a bad tummy ache. Could I have been mistaken in my previous assessment? I figured it was time to do some digging and find out.

Meloxicam is prescription anti-inflammatory that reduces hormones in the body that cause, you guessed it, inflammation and pain. Because of this, it is commonly used to treat symptoms related to arthritis.

The drug is marketed under several brand names, including Mobic and Vivlodex, and is usually sold in tablet form. Believe it or not, the drug is also a popular treatment option for cats and dogs who are suffering from arthritis as well.

There are risks with taking the drug, particularly of heart attacks and strokes, so physicians will inquire about your susceptibility to such occurrences before prescribing Meloxicam. The drug is also known for being relatively inexpensive, with a month’s worth of medication typically costing less than $25.

Doctors usually prescribe Meloxicam to deal with the symptoms of Rheumatoid Arthritis and Osteoarthritis. Because Meloxicam can block the enzyme cyclooxygenase, it can also reduce pain and other negative effects the buildup of this enzyme causes within the body. For most patients, Meloxicam goes to work within about 30-60 minutes after taking the drug.

There aren’t many off-label uses for this drug, and most users will caution against deviating from the prescribed dosing schedule to avoid any complications, as Meloxicam does come with a laundry list of potential complications, interactions and side effects.

First, some basics. Meloxicam has been around since the 1990s and was originally developed to treat arthritic pain. It is available by prescription only and comes primarily in tablet form. There are, however, liquids, suspensions, and capsules available for those that need them.

The standard dose averages 7-8 milligrams, and the maximum normal dose shouldn’t exceed 15 milligrams. Meloxicam is similar in function to drugs like Ibuprofen, Celecoxib, and Naproxen.

This makes it a curious candidate for recreational wonder, as taking a handful of any of those aforementioned drugs would result in nothing but unpleasant side effects. Perhaps there was some bit of information I had overlooked that would shed some light on the situation? I took to the ‘net to learn more.

Most people who have used Meloxicam have done so for its originally intended purpose, with varying degrees of success. Some had positive things to say:

“I take 15 mg a day now and about 5 days after starting it I noticed a definite improvement. Didn’t completely knock out my inflammation and pain but did a great job getting it down.”

Others were less charitable:

“Meloxicam was one I was prescribed. It did not help me at all. (I have scoliosis in my lumbar spine and sciatic pain which radiates down my right leg only). I have also been prescribed Zipsor (This was the first medication I was prescribed and it did not relieve the pain), and Ultram (Tramadol), and it does not help to reduce the pain.

The only things these medications do for me is making me drowsy and help me sleep through the night when the pain is so uncomfortable I can’t fall asleep.”

None of the comments I read indicated that a Meloxicam high was even a thing, and corroborating evidence I read on medical forums said basically the same.

Meloxicam will dull certain kinds of pain, but it won’t offer any recreational value. That was just about all the information I needed, but I decided to see for myself just to be sure.

I wasn’t expecting much going in, which turned out to be a good thing. After obtaining some tablets and downing a 60 milligram megadose, I felt nothing but distress of the gastrointestinal variety.

As is my custom when such things happen during the course of research, I hung a sign on the bathroom door and just rode it out the best I could. If you’re looking for a one-way ticket to brown town, then sure, down a few Meloxicam and have at it. Beyond the gastrointestinal distress, the only other thing I felt was a bit of drowsiness.

If you want a pleasant, mellow, recreational drug experience, though, steer well clear of this stuff and look for some suitable alternatives.

The Audience is Divided

When it comes to the effectiveness of the drug, firsthand accounts of Meloxicam are mixed. Some users derive great benefits from using it, effectively reducing or even nullifying their pain symptoms with a reduced risk of side effects and dangers. In fact, some users are positively glowing about the effect Meloxicam had on their pain and inflammation:

“I have had a couple surgeries and have had arthritis and been on large doses of pain medication for the past 10 years my doctor prescribed meloxacam for me 7 days ago and I am almost pain free. I take it once a day. I am really tired but think that is from being so inactive for the past year and in bed all day. I would recommend you try this before giving up. Thank you doctor.”

Others have a opposite experience, with the drug wreaking havoc on their guts, causing dizziness, or, in extreme cases, cardiovascular issues or even death. For example:

“Took this for 5 days for inflammation following knee surgery. Did nothing for pain and I had some stomach issues. The morning after my 5th dose, I woke up and the room was spinning. Vertigo was so bad I could barely walk. Going back to ibuprofen. I’ll never take this again.”

The one area where people are united is the prospect of recreational use. There simply is no documentation that Meloxicam provides any sort of a high that’s worth chasing recreationally, especially when you consider the litany of side effects associated with its use.

If not used carefully, Meloxicam can cause a number of side effects. In mild cases, this will include nausea, dizziness, and diarrhea which is all pretty standard stuff. However, more serious side effects have been reported as well. These side effects include chest pain, shortness of breath, black and/or bloody bowel movements, coughing up blood and vomit that looks reminiscent of coffee grinds.

In the most dire cases, Meloxicam can result in serious cardiovascular side effects, a risk that is increased by a family history of hypertension, high cholesterol, and diabetes. Individuals taking Meloxicam should also be wary of drug interactions, including blood thinners, lithium, cyclosporine, and heart medications. For some, Meloxicam can be a godsend when it comes to getting rid of the pain they experience that’s associated with rheumatoid arthritis and osteoarthritis. For these people, the side effects are outweighed by the benefit the medicine provides. From a recreational perspective, the potentially dangerous side effects of this drug definitely don’t make the “high” worth it.

Meloxicam, in my opinion, has no recreational benefit and should be avoided for such use. If you’ve got a medical reason for taking it, do so as your physician recommends. Otherwise, avoid this stuff like the plague.