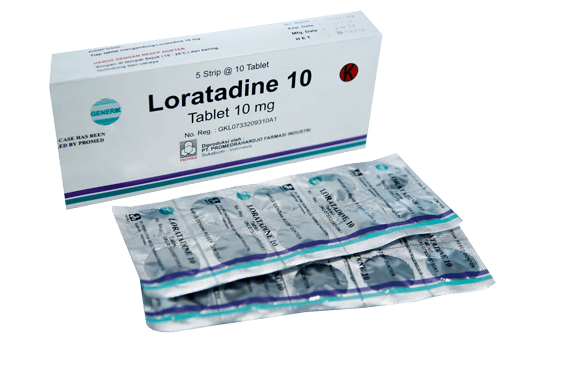 Allergy medicines don’t seem like the source you’d turn to for a recreational experience, but there is a persistent belief that Loratadine offers anticholinergic and cognitive benefits that make it a contender in the ever-growing field of nootropics (brain enhancing drugs). However, it’s worth noting that the increased mental clarity that some people associate with the drug is likely a result of the drug relieving their allergies, therefore decreasing their symptoms and any stuffiness they may feel in their head. In fact, there’s evidence to the contrary which suggests that anticholinergics like Loratadine actually have a negative effect on cognition.

Needless to say, I was extremely skeptical upon hearing this claim, but, stranger things have been true, so I decided to check it out.

Simply put, it’s allergy medication. A buildup of histamine in the body causes allergic reactions that can mimic the symptoms of colds and other illnesses: cough, itchiness, watery eyes, sneezing, etc.

Loratadine counters histamine and helps alleviate these symptoms and provide relief. The effects usually take hold after an hour or two and last for eight or more hours with a standard dose.It was discovered in 1981 but didn’t come to market until 1993. It’s classified as one of the WHO’s “Essential Medicines.” When the patent for the drug expired in 2002, it became available as an over the counter medication.

For treating allergies, it’s extremely effective. Symptoms like sneezing, itching, watery eyes, and a runny nose caused by excessive histamine can all be combated by normal doses of Loratadine. The drug is also used to treat skin conditions like hives and itchiness.

It is not, however, effective for preventing hives or serious allergic reactions like anaphylaxis. More serious allergic symptoms often require epinephrine to counteract, and a doctor can let you know if this is the case.

What can I tell you about Loratadine that you don’t already know? If you’ve heard of its most common brand name, Claritin, you probably have a pretty good idea of what this compound is—an allergy medication most commonly used to treat seasonal daytime allergies, rhinitis, and hives. Unlike other allergy medications, which will at least provide a sedating effect when taken in low doses, Loratadine provides no such benefit.

Why in the world would anyone want to use this recreationally? One theory supposes that the balancing of histamine levels in the body can provide improve mental clarity and reduce the jittery feeling that allergy sufferers sometimes experience.

Another theory goes that, since Claritin has anticholinergic properties, high doses can cause acute anticholinergic syndrome, which, in some limited cases, produces an effect similar to euphoric high. Sounds like a long shot to me, but could it be possible?

Time to take a look at what some users have to say.

One user hypothesized that Claritin was providing him with some limited cognitive benefits, something that some commenters endorsed:

“Loratadine fixes high histamine levels! Histamine releases in pulses to keep you awake and alert but too much of it can leave you feeling all sorts of ways…

I’ve been taking dimenhydrinate at bedtime to sleep and have noticed this residual calm flowing into my next day. I don’t think it takes hardly any antihistamine to work in this way as you’re not trying to offer relief to a highly-inflamed area or anything.”

Others took a more skeptical stance:

“Loratadine definitely does not improve cognition. Any improvement you may feel is likely due a combination of the H1 inverse agonism and the possible anticholinergic effects that loratadine induces. In fact, loratadine will actually worsen cognitive functioning due to a combination of H1 inverse agonism and anticholinergic effects which both worsen cognition.”

As for Claritin possibly combating negative moods, we have this gem:

“About 10 months ago I broke out in hives due to an autoimmune disorder. I started taking Claritin 10 months ago and just stopped it about 3 weeks ago.

During that 10 months, I noticed I had almost no anxiety symptoms, no depression or anything. About 1 week into stopping the pill, I noticed by symptoms were back.”

Needless to say, I was intrigued by the back and forth, and ready to see what a heightened dose of Loratadine might do, especially after reading an account which suggested that Loratadine produces mild hallucinations, such as flashing lights and trails, feelings of heaviness in the limbs combined with lightheadedness when combined with other allergy medications.

At the same time, many users have discussed taking massive amounts of Loratadine in order to chase a buzz. That’s certainly not recommended and can lead to some extremely adverse side effects, especially when mixed with other medications.

Allergies or not, I gave Loratadine a shot. I’ve taken my fair share of antihistamines and allergy medications in the past, but never used Loratadine because it wasn’t very effective at treating my symptoms. For this journey, though, I went with a quadruple dose (about 40 milligrams) and felt a slight, but noticeable, evening out of my mental state.

Now, this could have been because the Loratadine was just rescuing me from my crippling year-round allergies (finally!) but it was helpful. Nothing transcendent, but if you’ve got allergies too, I say go for it. I didn’t experience any weird side effects, which makes this option doubly appealing.

By the same token, there certainly wasn’t much of a high. I think I’m inclined to agree with the idea that any purported mental benefits of Loratadine are a direct result of the drug lessening your allergy symptoms, which can definitely leave you feeling foggy and generally irritable. Besides, there doesn’t seem to be any tangible evidence outside of some personal experiences that suggest that Loratadine has any sort of cognitive benefit.

Users Vouch for its Effectiveness

It seems Loratadine has different effects depending on how severe the allergies the user is suffering are. Those with more advanced allergy symptoms seem to report greater benefit than those without.

The status of the supposed cognitive benefits may be in dispute, but the fact that the drug makes users feel better, in general, seems present across all that take it. As we’ve discussed, those cognitive benefits are more than likely a result of your allergy symptoms being cleared by the drug as opposed to the drug itself.

The acute anticholinergic effects are a tossup. For some, the effect is only very mild, but for others, it will result in an even greater state of pleasantness.

Loratadine is unique in that it causes almost no side effects. It is possible but very rare that users will report dizziness, headaches, rashes, and the like. The safety of this drug is one of the reasons it’s now available over the counter. In extremely rare cases, more serious side effects have presented, and you should contact a doctor immediately if you’re suffering from them. Those side effects include faint or uneven heartbeat, jaundice, seizures and feeling like you may pass out.

The Loratadine high is nothing remarkable. If you’re just interested in some mild general benefits, though, I say give it a shot. Those benefits seem to be enhanced if you’re genuinely suffering from allergies. There is little risk involved with taking Loratadine, so for most people, adverse effects aren’t something you’ll need to fret over. By the same token, there doesn’t seem to be very much reward either.