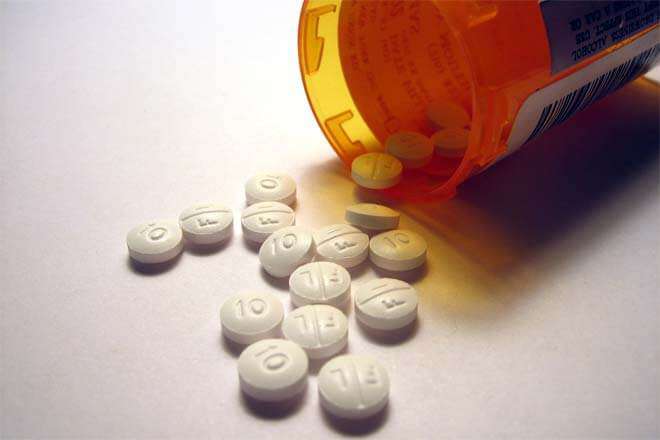 Lexapro is one of the “big names” when it comes to mood-enhancing SSRIs. Their ads dominated the TV screen for a time, and the drug is still widely prescribed today to treat depression and generalized anxiety disorder.

Off-label, some users are of the opinion that a large enough dose can give users an acute Lexapro high by way of boosted serotonin levels. Does this belief hold true even in some cases, or is it just a bit of overblown hype?

What Is Lexapro For?

As we discussed, Lexapro increases levels of serotonin by blocking its reuptake. This makes it a useful drug for treating depression and generalized anxiety. Like most antidepressants, Lexapro typically works but is not 100% effective.

Lexapro increases the intrasynaptic levels of serotonin. It achieves that by blocking the reuptake of serotonin into the presynaptic neuron. Unlike other SSRIs currently on the market, Lexapro has the highest selectivity for the serotonin transporter compared to the norepinephrine transporter. This means that unlike other SSRIs, the side effects of Lexapro are generally much milder.

I took a closer look into the drug. Here are a few facts I was able to dig up about Lexapro.

Lexapro is a brand name for a drug called Escitalopram. The drug was developed in the 1990s by Lundbeck and Forest Laboratories and it hit the market in the early 2000s. Typically, drugs take much longer to be developed. However, Lundbeck and Forest Laboratories had extensive experience with the drug Citalopram which is extremely similar to Lexapro in terms of its chemistry. Considering that it works with fewer side effects than many popular antidepressants, it’s become a very popular choice, especially among those concerned with any potential side effects. However, it’s a poor choice for those with heart or liver problems as it tends to react adversely with those conditions. It’s an SSRI (selective serotonin reuptake inhibitor), meaning it blocks the reuptake of a neurotransmitter called serotonin, increasing available levels in the brain and leading to changes in mood. In the case of Lexapro, it’s supposed to increase feelings of happiness, decrease symptoms of depression, and nullify feelings of anxiety.

It doesn’t always work out this way, but many people have found success using the drug.

There are instances where the drug fails to achieve the desired results to the degree that it should, and sometimes, it has something of an opposite effect—increasing anxiety and inducing suicidal thoughts. Lexapro also has a few off-label benefits. It can be used to treat obsessive-compulsive disorder and panic disorder in some patients. It’s also used regularly as a treatment for general anxiety disorder and premenstrual syndrome.

It makes sense, right? Lexapro was created to help combat depression and boost general well-being, so wouldn’t a heightened dose kick the effect up to the next level?

When used “normally,” it takes a few weeks for the full effects to start to take hold.

That last bit had me curious. Would I need to take this for a few weeks before I felt anything at all, or would I be able to take a megadose and feel some acute effects right away?

At least one article I read has shown that the heightened doses of antidepressants like Lexapro are much less risky than previously surmised, so perhaps it would be prudent to give it a shot? I decided to do some digging to see what others had experienced with the drug first, however.

Many Reddit users in the Depression Community have tried Lexapro. Some have had great success:

“I used to struggle to get out of bed in the morning and feel full of dread and anxiety about starting another day. Now I get up and get going and can’t even imagine how that used to feel. I don’t get angry over every little thing throughout the day or feel overwhelmed every time something goes wrong…”

Other users have had what could generously be described as mixed results:

“Lexapro did the opposite to me. I couldn’t feel depressed when I was on it, because I was too busy feeling like my brain was being fried by a strong electric current. It was like taking LSD minus anything good about the trip. It just made me feel fucking crazy.”

It’s pretty well documented that Lexapro won’t get you high. But, that doesn’t stop people from trying. One adventurous user had this to say about their experience with trying to get high off of SSRI medications:

“I dunno, but before I popped 375mg’s of it, and when it started to kick in, for about 10 minutes I felt sort of like an extremely strong mdma/energy buzz I felt fucking awesome, but then shortly after that I started to feel incredibly sick, twitchy, and very paranoid… it became very uncomfortable and I vomited some very acidic vomit. First little bit felt awesome, but for the hours afterwards, it isn’t something I consider worth it, because it felt very terrible.”

If these first hand accounts are any indication it’s probably best to leave this drug for its intended us and look elsewhere for a recreational high.

Users have also reported side effects that include dry mouth and marked drowsiness, but have also reported that ancillary benefits like improved creativity and clarity of thought. The response, it seems, depends on the individual.

SSRIs are a tricky thing. Too much could result in some weird side effects, but taking normal levels could result in no real effects at all for a few weeks. I decided to go for it. The standard dose of Lexapro is 10 milligrams, but I went with a heroic (if I do say so myself) dose of 40 milligrams.

I certainly felt it, though, I can’t say it was all pleasant. If I was feeling anxious before, I certainly didn’t feel it after taking Lexapro. There was a catch, though. I felt so dull and tired that I couldn’t get much of anything accomplished afterwards.

Not sure if I’d experience this to a lesser degree if I had just done a normal dose of Lexapro over the recommended time period, but if you’re trying to go for an occasional, recreational Lexapro high, it seems to me that it’d be hard to achieve.

When using Lexapro normally, there is a slight risk for some side effects: nausea, dry mouth, sleepiness, insomnia, constipation, and dizziness are a few of the most common that are reported.

In more serious cases, Lexapro can cause some sexual dysfunctions, such as a decreased libido and an inability to orgasm. Those with medical conditions (heart, liver, kidney, seizures, diabetes) are cautioned against taking Lexapro, and the drug can also interact with other compounds (like MAOIs) in adverse ways.

Lexapro users who stop taking the drug abruptly usually deal with a number of unpleasant withdrawal symptoms that are typical of SSRI discontinuation syndrome. These can include bouts of depression, dizziness, irritability and electric shock like sensations which are more commonly referred to as “brain zaps” or “brain shivers.” Because of these symptoms, doctors recommend that Lexapro users discontinue use gradually in order to lessen or eliminate any nasty withdrawal symptoms.

Lexapro is generally effective at its main function of helping individuals with depression and anxiety, but as a recreational drug, I doubt its efficacy. It takes several weeks of normal use to start seeing any benefit, and heightened acute doses can cause some wild side effects that most people aren’t going to be keen on experiencing just for a brief high.