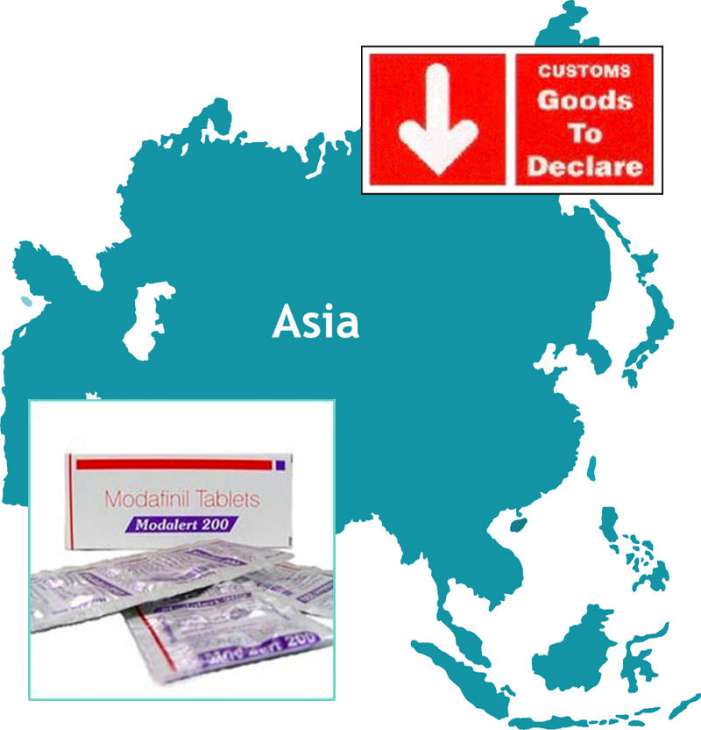 Advice on bringing a small quantity of legally prescribed Ritalin (methylphenidate) and other prescriptions for personal use into Japan, Thailand, Singapore, Hong Kong, China, South Korea, and the Philippines.

I’m traveling to a number of Asian countries in the next three weeks, and I would like to bring my prescriptions with me. The drugs are 30x20mg Ritalin (methylphenidate), 6x200mg Provigil (modafinil), and 30x10mg Ambien (zolpidem). These are legally prescribed by a U.S. doctor, and I will carry the pills in the original, labeled bottle and will have an official-looking letter from the doctor.

But Japan, Singapore, and Hong Kong, according to their customs Web sites, either ban these drugs outright or require preapproval through a bureaucratic process. I wasn’t able to find info on the other countries, but it’s those three places that I’m most concerned about anyway (Japan and Singapore especially).

In those countries, since they require preapproval, if I indicate on my customs forms that I have controlled substances, then I’ll almost certainly have them confiscated and could face other penalties (right?). If I play stupid and just state I have no items to declare, I’d most likely get through OK. But if they pull me aside and search my bags, then I’d be in big trouble, right? I will have entered and exited different countries ~13 times by the end of this trip, so at least on that I’d look suspicious.

So: what actually happens if Japan/Singapore/Hong Kong customs finds undeclared, un-preapproved but legally prescribed controlled substances in your bags? Is it something I can plead ignorance on and just get a warning, or are there serious consequences? I’m not sure if these laws are actually enforced in the case of small quantities and legal personal use. Should I just not bring the drugs?

I traveled to Hong Kong and to Singapore several times with a prescription of Ativan (a benzodiazapene, like xanax), which has a similar potential for abuse, and is included on Singapore’s customs website as a controlled substance. I made sure to keep it in the bottle and to bring a doctor’s note, though I didn’t declare it on my way through.

I figured that if I got stopped at customs, I would play dumb. It wasn’t made at all clear to me that these (legally approved) substances had to be pre-cleared; this was something I only found out after careful digging around the web. It’s true that Singapore is extremely harsh on drugs; but it is harsh on illegal drugs. Singapore also relies heavily on tourism to support it’s economy, and has modern and up-to-date mental health care for it’s citizens, which includes the use of psychiatric medicine. I doubt you’ll face the ratan for a bottle of legally prescribed medicine.

My advice would be to just go through customs with the note and labeled bottles. Don’t volunteer the substances, and if they check you just say you didn’t realize you needed to declare prescription drugs. Offer the note from your MD, and tell the truth: you need the drugs to function. Tell them they can call and confirm. Worst case scenario is that they confiscate the substances, and you will have to see a Singapore doctor to get a new prescription.

You cant take more than one month’s supply into Japan at a time. I had medicine sent to me seized because it was more than that amount.

Some people say not to play dumb with Singapore. They hang people, including foreign nationals, for minor possession offenses. They have a procedure, ask what it is before your trip, and follow it exactly.

Others argue this is a ridiculous comparison. For example, one Dutch guy executed for drug trafficking was smuggling 10 pounds of heroin – not for 30 prescribed pills with a doctors note. Execution only occurs for a certain class of drugs (cocaine, heroin, meth, and yest, large amounts of weed). They’re looking to punish serious drug smugglers, not tourists with a bottle of medication.

Here’s the Changi Airport FAQ, mentioning that if you have prescriptions that include stimulants and/or sleeping pills, you should bring a doctors note. This is Singapore’s airport.

If you are still worried about it, contact the Singapore Embassy in D.C., and they can answer your question.

The US State Department has this general advice:

A traveler going abroad with a preexisting medical problem should carry a letter from the attending physician, describing the medical condition and any prescription medications, including the generic names of prescribed drugs. Any medications being carried overseas should be left in their original containers and be clearly labeled. Travelers should check with the foreign embassy of the country they are visiting to make sure any required medications are not considered to be illegal narcotics. (A listing of foreign embassies and consulates in the U.S. is available on the Department of State’s website. Foreign embassy and consulate contact information can also be found on the Country Specific Information for each country.)

The State Department also has this page on Singapore, but I don’t see any advice regarding prescription medication.

I just got back recently from Singapore, Japan, and Thailand with Ativan, and my boyfriend/traveling partner had prescription sleeping pills (it is a loooong flight!). We carried both in our carryons with other prescription and OTC meds and had no problems at all. We did not declare them as I don’t think we realized it was necessary. I had no idea Ativan was a controlled substance in Singapore! We took them in the prescription bottles and only had a small amount (maybe 20 Ativan and 5 sleeping pills). I think a note from your doctor would be a good idea but not sure you need much past that.

I traveled to Singapore and Thailand with medication in original bottles. They confiscated my toothpaste instead. YMMV. For peace of mind, a letter from your physician is a good idea.