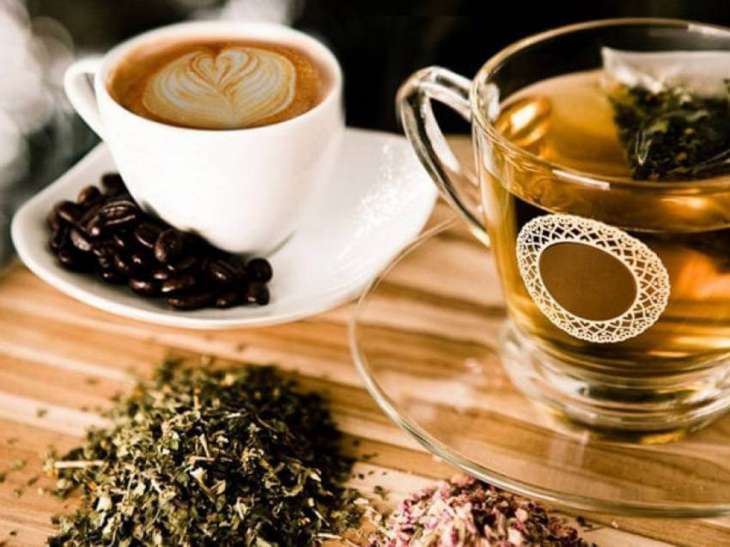 Are you thinking about adding Adrafinil or Modafinil to your stack, but worried about how and when it’ll interact with common caffeine sources like coffee and tea?

In this article, I’ll take a look at how Adrafinil plays with caffeine and figure out an effective dosing strategy so that you’ll be able to get the desired nootropic effects that you want.

I don’t know about you, but most of the nootropic users that I’ve met—including myself—are caffeine hounds.

I’ve dabbled in Adrafinil sometimes and never paid particular attention to its interactions with caffeine, but that might be why I didn’t get good results from the combination.

Optimizing your caffeine and Adrafinil combination might be the key to getting the most out of both, but let’s take a look at Adrafinil first to see why that might be the case.

If you’re not familiar with Adrafinil, I highly suggest that you read up on it before continuing. In a nutshell, Adrafinil is a memory-enhancing wakefulness enhancer that is a prodrug of Modafinil, a prescription-only pharmaceutical with similar effects.

Adrafinil is a hot nootropic because it’s somewhat cheap, fairly effective at enhancing memory, and has minimal side effects.

Figuring out the correct Adrafinil dose is the first step to timing its action with caffeine properly. The dose that I see most commonly cited is 600-900mg spread out into two or three doses.

The amount of Adrafinil that you take doesn’t impact how quickly it’s absorbed or how quickly you feel the effects, but it does determine the duration of action as well as the magnitude of the nootropic effects—to a point.

After absorption, Modafinil has a half-life of around 40 hours—meaning that one dose in the morning will still be kicking around the next morning when you reach for your coffee or tea.

We should expect Adrafinil to reach peak concentration a little bit slower and a bit less efficiently than Modafinil, as Adrafinil must be metabolized into Modafinil before it can be effective.

The extra metabolic step jives with user reports on Adrafinil, some of which complain about how slow and subtle Adrafinil is in comparison to Modafinil or other nootropics.

Caffeine is a stimulant that most of us are subjectively familiar with, and most of us encounter it via coffee, tea, or energy drinks. You can expect typical stimulant properties from caffeine: focus, sweating, anxiety, and energy.

Caffeine is absorbed similarly between coffee and tea, although other methods may vary and the specific method of ingestion may be accompanied by other nootropic compounds like in the case of L-theanine in green tea which confound the subjective effects.

Caffeine is absorbed over the course of 45 minutes to two hours, though its first noticeable subjective effects occur as quickly as 15 minutes after ingestion. Caffeine’s half-life is between 2.5 and 4.5 hours in humans.

These absorption facts mean that if you drink a cup of coffee, you’ll reach peak plasma concentration of caffeine in 40 minutes and remain there for at least another two hours before the effects begin to taper off.

Unlike many other nootropics, there’s little risk to re-dosing or overdosing when it comes to caffeine that’s consumed via coffee or tea, so you can re-dose as needed at the risk of unpleasant bowel movements and insomnia.

As many sources note, it’s technically safe to combine Adrafinil and caffeine, provided that you don’t take too much of either.

Caffeine is well known to have a synergistic effect with Adrafinil, and taking the two together will largely amplify the thought speed, focus, and anxiety caused by caffeine consumption.

There are a few issues that this synergistic effect raises, namely relating to dosage and timing of the dosage. In general, if you plan to combine Adrafinil with caffeine, take slightly less coffee or tea that you would usually—half as much is a good starting point.

If you miss the mark and drink too much, you’re only a bit anxious and only a couple of hours away from returning to baseline. Taking too much Adrafinil leads to a much longer period of anxiety and precludes further dosing of caffeine too.

There are two approaches to timing Adrafinil with coffee or tea which I’ll call the double whammy and the stepladder—very scientific, I know.

The double whammy is meant to provide you with a unified onset of the subjective nootropic effects of both Adrafinil and caffeine. To time your dosing for the double whammy, take your Adrafinil dose, wait two hours, then drink coffee or tea.

By the three hour mark, both Adrafinil and caffeine will reach their peak plasma concentrations, and you’ll be off and running with a bang.

The stepladder is a bit more economical if you’re planning on making your nootropic stack a once a day component of your morning routine.

To dose for the stepladder, simply take your Adrafinil, then drink your morning coffee—preferably a bit slowly. You’ll notice the caffeine hitting first, and start to notice the Adrafinil an hour later.

When I experimented with Adrafinil, I was partial to the stepladder dosing method because it provided a less jarring transition into the boosted “working” mode that the combination gave me.

The stepladder method also gives you better control over when or if you will re-dose with caffeine because you get a transient window of double action which you can then extend or allow to fade.

If you have any comments or questions, sound off in the section beneath, and we’ll get back to you. As always, experiment safely!

Hi
Firstly thanks for the information.
I’ve been drinking up to 15L of caffeinated Coke Zero a day for 2 years now and I’m quite used to it. A month ago I started using modafinil and in the first 4 days I went overboard but have since started using 100mg in the morning, 7am, and then 100mg in the afternoon, 3pm or so. I’m thinking I’ll make this my normal dosage regimen for the foreseeable future. I am also on Effexor 225mg in the morning, the last 3 years, and another drug called Solian or Amisulpride, 1200mg in the morning.
I have definitely noticed a change of thinking where I’m just not getting worried by stuff that would’ve worried me 2 months ago. A kind of anxiety suppression rather than building my symptoms up. No sweating or any other symptoms and I still get 6 hrs sleep a night.
My situation may not be the norm but I was wondering if you have any thoughts on what’s happening with me? Also I saw that modafinil and caffeine can ruin your kidneys. Is this true? It was one post by someone who said their kidney problems were due to the combination.
As a final question, what else can you cycle modafinil with? Besides green tea or similar.
Thanks in advance
Glenn