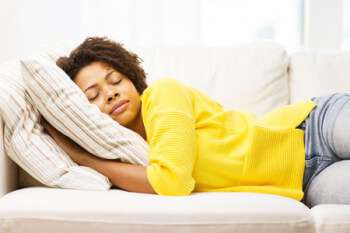 If you’re a working professional or a college student, you’ve likely pulled at least a couple all-nighters. What you probably didn’t know is that burning the midnight oil can seriously affect your mind.

Evidence suggests that sleep deprivation causes the brain cells that digest depleted cells and debris to kick into overdrive in laboratory mice. While this may seem advantageous in the moment since these brain cells are ridding your brain of ruinous waste and tired circuitry, the harm it can lead to in the long term is a cause for alarm.

Chronic sleep loss leaves us at risk of developing a number of neurodegenerative diseases or disorders including Alzheimer’s disease. According to Michele Bellesi of the Marche Polytechnic University in Italy, extended sleeplessness results in increased activity by astrocytes, the glial cells which remove needless synapses in the brain.

Astrocytes are responsible for vanquishing these arbitrary synapses and rejuvenating the brain’s wiring. In Bellesi’s words, “…synapses are literally eaten by astrocytes because of sleep loss.”

And although this is beneficial in the short term, it is potentially problematic down the road. You see, Bellesi’s team also found that microglial cell activity became more profound after chronic sleep deprivation.

Microglial cells roam the brain, stalking compromised cells and detritus. Disproportionate microglial activity is associated with brain disorders such as dementia and Alzheimer’s disease. “We already know that sustained microglial activation has been observed in Alzheimer’s and other forms of neurodegeneration,” says Bellesi whose findings have left the scientific community scratching their heads.

Many researchers are now conducting studies to try and determine whether the brain can effectively bounce back from a couple sleepless nights. They seek to find whether or not getting more sleep can reverse the damage done after a few nights of disturbed sleep or short-term sleep deprivation.

Bellesi, whose areas of expertise include neurology and neuroscience, is but one of the many people who are concerned about the ramifications of sleep disturbance.

One study probed deeper into the interrelationship betwixt sleep and health disorders.

In said study, 20 test subjects were chosen to evaluate synaptic plasticity with and without proper sleep. An increase in neuron excitability was observed as was the consequent reduction in the selective strengthening of the neurons associated with learning.

The result was clear early on—while the test subjects’ reaction to stimuli was much faster, their capacity for learning was dramatically reduced.

Another study conducted by doctors at the University of Surrey, England found that tasks measuring reaction time, memory and learning were negatively affected by sleep deprivation. By implementing brain scans, these researchers were able to see how sluggish their test subjects’ problem solving and concentration skills became after losing sleep.

Other researchers have ascertained that multiple areas of the brain are made vulnerable by prolonged wakefulness. Some of these researchers have studied the effects SD (sleep deprivation) has on long-term memory and the results were less than desirable.

One such study, the Prefrontal Vulnerability Hypothesis, posits that SD impairs the cognitive performances that are dependent upon the prefrontal cortex of the brain. These cognitive functions include language, creativity, divergent thinking and executive functions.

This hypothesis is especially unnerving for those of us who work in demanding jobs where critical thinking or memorization are integral.

Sleep Deprivation: The Brain & Beyond

In 2016, the RAND research group published a 100-page analysis of sleep deprivation’s effect on human health and productivity. Their findings were devastating not only from a health consciousness perspective but from an economical one.

In their analysis, they say that America alone loses $411 billion annually as a result of sleep loss. This owes to poor performance and lost work from lack of sleep and the loss of well-being.

Additional studies have found a link between sleep deprivation and depression. The study found that insomniacs are predisposed to anxiety and depression due, in large part, to the disruption of circadian rhythm.

A study presented at the Radiological Society of North America’s annual conference showed that when radiologists got three hours of sleep during a 24-hour period, their hearts suffered. Participants in this study experienced increases in blood pressure, thyroid hormone levels, and heart rates.

This is not surprising as the National Sleep Foundation has long expounded on the importance of sleep to protect against heart disease or impairment. They have stressed that those who do not get a healthy amount of sleep (approximately eight hours per night) are at a greater risk of cardiovascular problems.

Experts at Harvard Medical School have also stressed the importance of sleep, saying that those who suffer from hypertension are likely to experience elevated blood pressure after just one night without a sufficient amount of sleep.

Sleep is also vital to the Central Nervous System and, as such, all of the emotions governed by your brain can be galvanized by the consequences of sleep deprivation. The CNS’ susceptibility to the ravages of SD can trigger serious behavioral abnormalities such as manic episodes, impulsive decisions, suicidal ideation, and paranoia.

This is also dangerous because those who are sleep deprived can end up experiencing microsleep. This means that you fall asleep for a few seconds or even minutes without realizing it. This is a real concern for those who work overnight shifts at factories and the like as such micro naps could occur while operating heavy machinery.

The National Heart, Lung & Blood Institute has documented the horrendous accidents that have occurred on airplanes, ships, and nuclear reactor sites as a direct result of SD.

How to Combat Sleep Deprivation

Sleeplessness is all too common in the modern world. We live in a time when our lives are largely ruled by our devices. Think about the last time you accidentally left your iPhone at home and how lost and restless you felt.

Nowadays, we don’t curl up under a comforter with a paperback and lull ourselves into sleep with a few passages by Hemingway. Instead, an iPad is propped up on a pillow beside us, blinding us with its bright screen while Beats by Dre spews white noise into our lobes.

In short, we are overstimulated day and night which only makes it harder to reach REM sleep. Luckily, there are measures we can take to achieve a restful sleep. These include blue light, daily exercise, installation of black curtains, ear plugs, sleep masks, avoidance of naps and sticking to a strict bedtime schedule.

Of course, it is also important that you have a comfortable sleep station. Many people have found that there are specific kinds of mattresses and pillows which make for a better night’s sleep.

There are also several helpful sleep aids that one can take before bed. These are all natural supplements that have been proven to be beneficial in the area of sleep. They include all of the following:

Sleep deprivation is a detrimental disorder facing so many people the world over, but it is a condition that can be treated with natural remedies and alleviated by changing your routine and lifestyle. A healthy diet and regular physical activity can help to prevent SD from becoming a problem.

For students and professionals who are thinking about staying up all night to cram for an exam or presentation, they should think twice before depriving their bodies and minds of the sleep that is essential to human health. Sleep tight and be well.

Just a quick note here to let you know that I appreciate the way in which you present noortropics in a very straightforward manner. And your personal experiences makes it very relatable.

Have you talked about the the recent advancements in the glyphamtic system? Profound implications there as a way for the brain to dispose of metabolic waste products during sleep. Like your take on that.

BTW, I plan on receiving my first shipment of cerebrolysin soon. I have no fears of needles. I just need to make sure I perform the injections carefully as the peptide is very fragile. I tried the Cebria product that contains N-PEP-12, a derivative of cerebrolysin in a pill form. I have doubts about it because it’s probably destroyed through oral absorption and also contains other ingredients, so any effects can’t be pinned down on N-PEP-12. I’m the guinea pig after all, not a clinical trial!