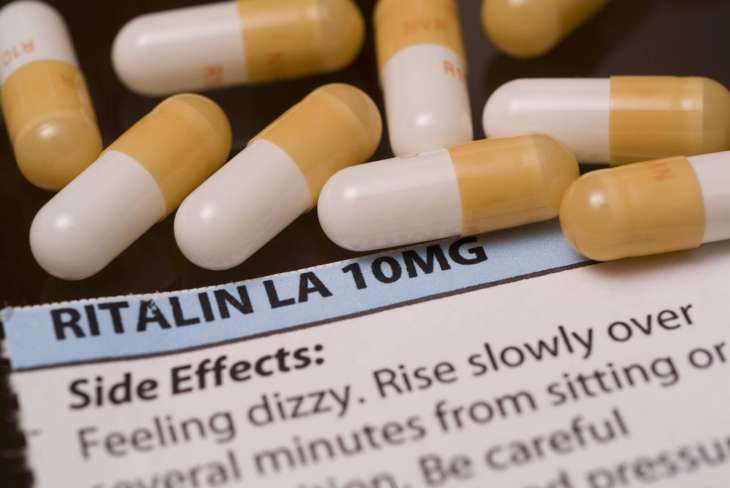 Ritalin is a drug commonly prescribed to treat ADHD. It’s also one of the most commonly abused prescription medications in the United States.

Why is recreational use of Ritalin so prevalent?

It boils down to its properties as a stimulant that enhances energy, focus, and drive. In addition to a pleasant high, it can help people focus on tasks such as school work or professional work.

As always, I decided to hunker down, do some research, and find out about the Ritalin experience for myself.

Ritalin shares a lot of similarities with Adderall. The main difference is that Ritalin is fast acting while Adderall is slow release. A Ritalin high is shorter than an Adderall high.

According to Drugs.com, Ritalin is the most popular brand name for methylphenidate, the generic drug it contains.

Several other brands of the same drug are available, including Concerta, Daytrana, Methylin, and Aptensio.

What is Ritalin Good for?

Ritalin has a lot of benefits. Chief among them is its ability to help those with ADHD.

People with ADHD usually find that Ritalin helps them focus, complete tasks, and generally slow down a little bit. Of course, you have to use the drug as prescribed to experience these benefits.

Though its main prescribed use is as a treatment for ADHD, some doctors also prescribe Ritalin for narcolepsy as well as depression.

In short, Ritalin helps those with ADHD better control their behavior.

Like Adderall, recreational use of Ritalin is extremely common in the United States, especially among teenagers and young adults.

The reasons include those stated above. Ritalin simply gives people the ability to focus on otherwise difficult tasks like school assignments and work projects.

Unfortunately, Ritalin also has a high risk for abuse. According to Med Shadow, the Drug Enforcement Agency classifies Ritalin as a Schedule II Drug.

As a controlled substance in this category, Ritalin is legal to those prescribed it. Yet the DEA considers the drug to have a high potential for abuse as well as a high risk for both psychological and physical addiction.

Despite these potential dangers, Ritalin is still one of the most frequently prescribed medications in the United States. The prevalence of prescriptions makes it easy for people, even those without a prescription, to get their hands on the drug.

For those that don’t have a prescription or know someone with a prescription, finding the drug is as easy as performing an online search.

The ease of use of the online Ritalin black market means there’s little to no reason for those interested in trying the drug to find it other ways like through prescription forgery or doctor shopping.

Erowid, the online drug information vault, contains numerous experience reports from people that have tried Ritalin for themselves.

So what is the Ritalin high like, according to Erowid? One user describes it as:

“Feels quite similar to cocaine but it takes a dose of 50-60mg to achieve euphoria.”

Another user describes the high as:

Still, there’s just as many users on the forum who caution against using the drug due to its extremely high potential for abuse and addiction:

“Thinking I was going to get some sleep on this (weaker) amphetamine was a big mistake! Once the ‘on top of the world’ feelings die I was left with an over-stimulated brain that just kept snapping from one thing to another.

Laid wide wake in my bed till about 02:00am, I was going nuts so decided to roll a big fat joint to get to sleep. Smoked a white widow joint, about 0,4 grams, this felt good but I still wasn’t getting sleepy. Went back to bed and watched the hours go by will moving around in bed to find a good position, after 04:00am I don’t really remember anything and I’m not sure if I had some sleep; kind of weird state of being between awake and sleeping, had some kind of visuals when my eyes were closed and even felt my eyes go from one side to the other. REM cycle??

The day after I slept till 12:00pm, woke up with a headache and even missed my finals. I’ll never touch Ritalin again, just way too addictive when snorted! And I do not recommend anyone binging on it, it’s not worth it! While I find normal amphetamine sulphate isn’t that addictive and I don’t turn into a strung out binging addict when on them (also while snorting), I think this has to do with the power of amphetamine sulphate: the rush lasts longer and not that bad of a come-down.”

As I said above, most user experiences were positive. However, in addition to mild paranoia, another relatively commonly stated negative effect was a feeling of everything speeding by around you too fast.

Intrigued by the experiences of online users, I decided to give Ritalin a go for myself. I’m no expert with stimulants, but I have used Adderall more than a time or two.

The effects of Adderall and Ritalin felt very similar. I took approximately 40mg of Ritalin and noticed the first effects in very short order.

A mild head rush and mild euphoric high were noticeable first. This transitioned into a pleasantly buzzed feeling.

Beyond this, I felt an intense ability to focus. Before I knew it, I was halfway through a difficult book I’d been slogging through (Infinite Jest).

Both the rush and the feeling of clarity lasted for a handful of hours, but for far shorter than they did with the same dosage of Adderall.

I felt no ill effects in the morning, other than a bit of tiredness from difficulty sleeping.

It’s easy to see why the drug is so popular, and also why there’s such a high risk for addiction. For this reason, I definitely won’t be going back to try more Ritalin any time soon.

The consensus seems to be that Ritalin produces short-term mood elevation and a buzzed, yet clear-headed feeling.

Many people also cite an increased ability to focus. For this reason, many people start using Ritalin on a regular basis as a study, work, or chore aid.

Recreational users also, for the most part, agree that too high a dose is unpleasant. Feelings of paranoia can creep in and you might feel as though you’re losing control.

It’s also worth noting that while Ritalin is known for its usefulness as a focus tool, large doses make it difficult to concentrate on one thing for any period of time as it tends to make your mind race uncontrollably.

Adventurous users often couple Ritalin with other drugs. The most common accompaniments are alcohol and marijuana.

Keep in mind that using Ritalin alongside other drugs makes the experience more dangerous.

Like many prescription medications, using Ritalin isn’t all fun and games.

Chief among the dangers of Ritalin are abuse and addiction. The drug has a high potential for both. According to Addiction Hope, long-term users often suffer serious physical and mental withdrawal symptoms upon stopping use of the drug.

Ritalin has a number of other potential side effects including lack of appetite, weight loss, insomnia, sweating, headaches, dehydration, rapid heart rate, and impaired vision.

There also seem to be a number of long term side effects that are worth consideration as well.

The Ritalin high is undoubtedly pleasant. Who doesn’t like an euphoric, happy feeling?

The drug also increases the ability to focus, even for recreational users. It’s very effective at helping you get unpleasant tasks, like schoolwork, out of the way with nary a thought.

With that said, it’s one of the most commonly abused drugs in the country. Addiction rates are extremely high and withdrawal is painful.

Before using Ritalin to get high, consider substituting one of these natural alternatives, which have significantly fewer side effects and much lower chance of withdrawal.

If you are going to use Ritalin recreationally, be sure to only take a safe dose and never use the drug too frequently, or you could run into addiction issues before you know it.