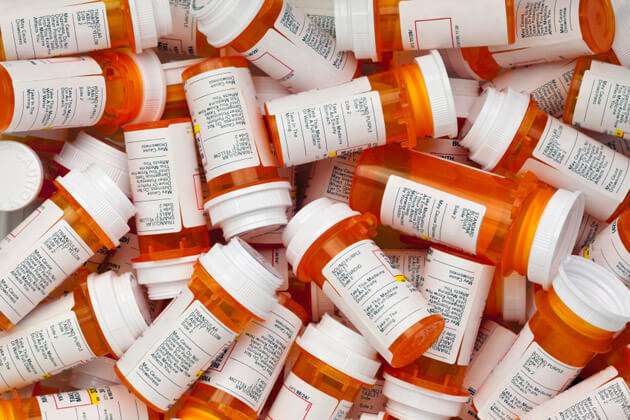 Piracetam & Adrafinil: What are the Best Doses for Stacking?

Piracetam and Adrafinil are two of the most frequently used nootropic supplements available today.

They each offer a distinctive set of brain-boosting benefits, most notably improved attention span, concentration, learning, and memory.

While each of the supplements is effective on its own, the two are even more effective when stacked together. The synergy between Piracetam and Adrafinil has made the combination one of the most popular nootropic stacks in the world.

I look at the answers to these questions, and more, in my breakdown of stacking Piracetam and Adrafinil below.

First things first, what is Piracetam, and how will it benefit you?

According to Examine.com, Piracetam is a nootropic that enhances memory and increases concentration.

Its ease of accessibility makes it one of the most common smart drugs on college campuses and in professional workspaces.

In addition to its use as a concentration aid for studying and work, Piracetam is also common in clinical settings to help treat memory disorders such as Alzheimer’s and dementia.

The effects of Piracetam are similar to those of Adderall. The difference is that Piracetam isn’t a stimulant (it’s not a sedative either). The nootropic is 100% legal without a prescription.

Another notable difference between Piracetam and Adderall is that your body/brain doesn’t develop a dependence to Piracetam. It’s lack of withdrawal symptoms lowers the risk for abuse.

It’s important to note that, at least according to recent studies, Piracetam only has short-term benefits.

Effects don’t continue after usage is stopped. Unlike some nootropics, Piracetam has no known long-term cognitive advantages.

One last thing to note about Piracetam is that it’s unregulated in the United States. Make sure you buy it from a reputable nootropic seller to ensure you receive a quality product.

Unfortunately, Piracetam is no longer available on Amazon, so you have to buy it directly from a vitamin or nootropics store.

Next up we have the nootropic Adrafinil.

According to Examine.com, Adrafinil’s main cognitive benefit is increasing overall energy. It promotes wakefulness and concentration while reducing fatigue and drowsiness.

Adrafinil is very similar to another nootropic stimulant, Modafinil. In fact, Adrafinil and Modafinil are basically one and the same.

Slightly different in their pre-ingested forms, Adrafinil turns into Modafinil (thanks to processes in the liver) after its ingested.

Like Piracetam, Adrafinil is widely used on both campuses and workplaces for the increased energy and focus it provides.

Take Adrafinil, and previously difficult tasks seem much easier. Numerous studies, including one published in Pharmacology, Biochemistry, and Behavior, prove Adrafinil’s effects on the brain.

Adrafinil is widely available online and at local stores. Like Piracetam, it’s currently unavailable from Amazon.

A prescription isn’t required for Adrafinil. It’s 100% legal for anyone to use (although it’s banned by the World Anti-Doping Agency for international athletes).

Modafinil, on the other hand, isn’t available without a prescription. These are usually only given to those with a sleep disorder such as narcolepsy.

The main benefit of nootropic stacking is the ability to achieve the effects of two (or more) supplements at the same time.

Stacking certain nootropics also increases the synergy between them. The two supplements work together and become even more potent.

The Piracetam Adrafinil stack is perfect if you want to boost your overall mental performance while also giving yourself a significant boost of long-lasting energy.

To be honest, there are few nootropic stacks better than Piracetam and Adrafinil (or Modafinil) at replicating the effects of prescription stimulants like Adderall and Ritalin.

One Reddit user that regularly uses the nootropic stack claims that:

“I ‘feel’ like I enjoy being on the Piracetam, and there’s a very subjective feeling that it makes me a little more clear-headed in the morning.”

“The Adrafinil takes a while to kick in, and the effects are also on the subtle side, so I’m definitely considering stepping up to Modafinil.”

Another Reddit user describes the effects of the stack as:

“My focus and energy are great all day long…There are times when I code for 10~14 hours straight. Procrastination is almost null. I can tell you that I am a lot more productive now.”

Finding the proper dosage of Piracetam and Adrafinil is essential to the success of the nootropic stack.

The recommended average dose for Piracetam is somewhere between 400mg and 1 or 2 grams each day. Some suggest taking doses of 3, 4, or even 5 grams, but that’s excessive for most people.

A standard dose of Adrafinil is around 600 to 1200 mg each day. A lot of people split their dose in half between morning and night. Be sure to take Adrafinil on an empty stomach for the full benefits.

It’s best to start with the same recommended doses when stacking Piracetam and Adrafinil. Like any stack, experiment with the doses to see what works best for your body.

It’s also important to start with smaller doses of each nootropic if it’s your first time using Piracetam or Adrafinil. Though uncommon, both do sometimes produce side effects. A small dose will help you avoid the worst of these if you’re sensitive to either supplement.

Here’s what you should do if you’re interested in Piracetam and Adrafinil stacking:

Have you tried stacking Piracetam and Adrafinil (or Modafinil)? What was the dose that worked best for you?

Adrafinil is a great nootropic stimulant that promotes wakefulness and alertness but not hyperactivity. I heard that 150 to 300 mg daily is widely accepted as safe and effective dose of Adrafinil, isn’t 600-1200 mg too much? Piracetam recommended dosage is from 50 to 300mg/kg/d (Piracetam and Piracetam-Like Drugs, Drugs 2010; 70 (3): 287-312)