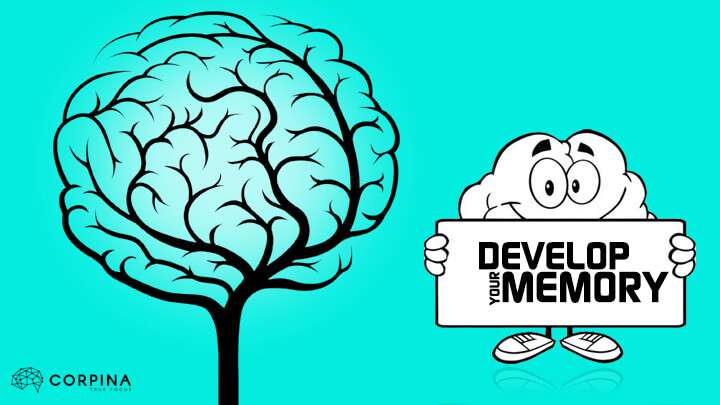 When interpreting scientific literature there’s a tendency, even amongst professionals, to ‘just read the headlines’. We assume that qualified people know how to do their jobs, and like to let them do it.

But we’ve all encountered those professionals who just aren’t very good, and for that reason we must look more closely at what we’re about to base our health and life decisions on.

Reading scientific papers is a skill, and like all skills must be practiced. We must learn not only open-minded skepticism, but how to limit conclusions to those actually supported by the data without projecting our own assumptions or needs. This can be a challenge, especially when confronted with our innate biases.

In this Hard Review we look at Dr. Harshad Malve’s 2014 paper, “Effect of combination of Phyllanthus emblica, Tinospora cordifolia, and Ocimum sanctum on spatial learning and memory in rats.[1]” Dr. Malve holds an MD from the Seth G. S. Medical College & K. E. M. Hospital, Mumbai, and is a longtime Ayurvedic researcher[2] and contributor to the Journal of Ayurveda and Integrative Medicine (J-AIM).

In this paper he compares the extracts of Phyllanthus emblica (PE) and Tinospora cordifolia (TC), both individually and when combined with Ocimum sanctum (OS), against placebo and the traditional treatments Piracetam and Rivastigmine.

That’s a lot of comparisons. In fact he uses seven individual test groups, including a negative baseline (placebo) and two positive baselines (Piracetam and Rivastigmine.) His goal is to determine if the combination of these Ayurvedic agents, already deemed useful for memory in his hypothesis, are more useful when taken together.

While the large number of comparisons is not necessarily unusual, nor are his assumptions immediately invalidating, it does lead us to the problem:what lessons can we really take away?

The goals and methods

Dr. Malve has done numerous research projects into PE and TC, which in his view have established efficacy as memory agents. There’s no reason to assume he should re-evaluate that work here, but it’s important for the audience to remember that while there is some useful data regarding PE’s and TC’s general effectiveness for memory, this is not what he’s looking at this – so we shouldn’t either.

The FDA recognizes Piracetam as a drug, not a supplement, and does not recognize it as safe or effective for any treatment. While the European Medicines Agency also does not approve Piracetam, it has approved two analogs: Brivaracetam and Levetiracetam – but for epilepsy only. The EMA does not recognize their off-label use as a cognitive enhancer.

We should also be aware that Dr. Malve’s goal is to contrast PE and TC against Piracetam and Rivastigmine. This can be misleading since Piracetam is not FDA approved for either effectiveness or safety[6]. (The FDA recognizes Piracetam as a drug, not a supplement, and does not recognize it as safe or effective for any treatment. While the European Medicines Agency also does not approve Piracetam, it has approved two analogs: Brivaracetam and Levetiracetam – but for epilepsy only. The EMA does not recognize their off-label use as a cognitive enhancer.)

Rivastigmine is approved in the U.S. as a cognitive enhancer in Alzheimer’s, although showing benefit in dementia patients does not mean it’s useful in those with normal brain function.

Dr. Malve is discussing only if the test agents are as good as these comparators for memory enhancement. We are left to our own resources to determine if this means anything useful. Dr. Malve is responsibly quite clear on this point, so we should be as well.

Due to the broad goals, the data-sets are actually quite small. Dr. Malve was limited to six mice in each test group, and such a small sample size calls any conclusions into question. Compounding this concern is the lack of clarity about the methods used for testing mouse memory.

Dr. Malve uses ‘Hebb-William’ test mazes. These have a long-standing history in rodent memory and cognitive testing, and I see no reason to dispute their general validity. They are ‘incentive based’ tests, meaning the mouse has a strong motivation to find the ‘goal’ (usually food) which drives the mouse to use both cognition (learning the maze) and memory (solving it again the next day).

However, Hebb-William mazes usually come in a set of standard formats ranging from extraordinarily easy to somewhat difficult, with a limited number of places for errors (wrong turns.) Dr. Malve’s conclusions rely heavily on the difference in the number of these errors but the small potential for error, combined with small sample sizes, can lead to inconclusive results.

Dr. Malve may have used altered mazes to create complexity, however he doesn’t describe them so we are left trusting that he knew what he was doing.

According to Dr. Malve’s published data, the mice doped with PE, TC, Piracetam and Rivastigmine all showed memory enhancement based on a reduced number of errors when navigating the learned maze versus the placebo-doped mice.

However, our attention is again drawn to the small total number of possible errors. While technically a 25-40% drop in the error-rate certainly seems significant, we are left wondering if the actual numeric difference of 1 error out of a possible 4 is really meaningful.

He also notes that the mice performed dramatically differently based on what cognitive disability they were simulating. (Mice tested in the ‘memory impairment’ groups were given doses of scopolamine, diazepam, or cyclosporine prior to learning the mazes to interfere with cognitive and memory development. This is a common technique in the field of dementia research.)

We leave it to our readers to look into these specific differences, but the take-away is that the memory-enhancement appears to be only beneficial to specific forms of memory loss, reminding us that the ‘treatment’ must be paired to the disease and none of these agents may be useful in a non-memory-impaired model.

Finally in Dr. Malve’s conclusions, he states confidently that taking a combination of memory-enhancing Ayurvedic drugs offers no observable benefit, implying both that there is an upper limit to the benefits of these nootropic memory enhancers and reinforcing the idea that ‘more is not better’.

Dr. Malve’s qualifications and scientific principles seem sound, and the research is acceptably executed. However, his small sample size and lack of details regarding the testing environment lead me to a ‘skeptically cautious’ review.

I think there’s value here and the raw data shows some initial, albeit limited, potential. But more corroborating data is needed before any conclusions can be made.