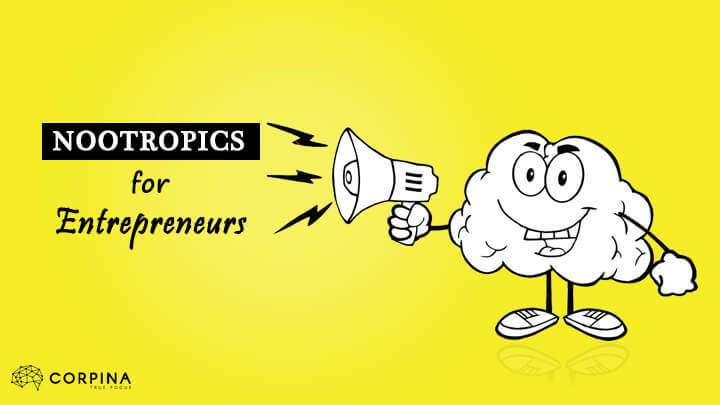 Nootropics are not new, but information about nootropics has spread rapidly, thanks in large part to the internet. However, there is still much that is unknown about nootropics and with their rising popularity, this unregulated industry is pushing to break mainstream.

For young entrepreneurs, this means opportunities for new types of businesses. Considering the mental enhancement benefits of nootropics, it could mean new ways for businesses to fight bottom-line killers such as low engagement.

Unfortunately as good as this all sounds, there are still barriers that stand in the way of nootropics’ rise to mainstream adoption, use and safe regulation.

Sort of. Nootropics aren’t “real” drugs or dietary supplements, they’re compounds that enhance and protect brain function with few to no side effects. Some of the more popular compounds include Piracetam, Aniracetam, Noopept, L-Theanine, and Bacopa. Typically nootropics are used in isolation but they can also be stacked with other nootropics for a synergistic effect.

Despite their rising popularity, nootropics have not been subject to significant research and as a result lack support from the FDA. There’s little regulation of manufacturer claims and product quality.

Critics of the industry and industry leaders agree: steps should be taken to better regulate the nootropics industry. On the one hand, critics have pointed out that ‘nootropics’ as a class of drugs are able to sidestep many regulatory barriers in the same fashion as dietary supplements. Along the same vein, nootropics companies call for ‘smart regulation of smart drugs‘, maintaining that the industry is here to stay so we ought to help it grow with safety in mind.

Without regulatory agencies to monitor the safety, purity, and reliability of nootropics new users really can’t be certain of what they’re consuming. This stretches to another problem, the unknown long term risks associated with taking nootropics, which have been largely undocumented.

The brain doesn’t stop growing until ages 25 – 30. This is a key demographic considering that age range is when young adults driven for success are most likely to tamper with their brain to be better equipped to deal with the constant challenges in their day to day lives.

So what happens when you mix unregulated smart drugs with successful million dollar companies? We’re about to find out. Andreessen Horowitz, a VC firm recently announced a $2 million investment in a nootropics subscription startup called Nootrobox, which generates 5 figures per month from its products.

As nootropic startups expand there will be many opinions about the safety of nootropics. Even though nootropics are very low in toxicity, it’s unlikely that the industry will go without consumer-related incident. As with similar companies breaking the nature of regulated markets, like Uber and AirBnB, eventually nootropic companies will be required to submit to some form of regulation.

How nootropics startups could help

Take a step back, and there’s a bigger picture at hand. The future of nootropic startups could be impacted significantly based upon the restrictions and regulations the FDA decides to put in place.

Alternatively, startups can take the issue into their own hands, paving the way for the standardization of safety and purity for nootropics.

Safety regarding nootropics doesn’t just concern toxicity levels of compounds, but also compounds that are falsely advertised, or not advertised at all. In reality, nootropic companies can potentially just make up any variety of benefits for their products that can’t be challenged because no one knows what’s in them.

The problem? Running lab tests can be quite costly (not something most people can afford). Many websites, such as ConsumerLab, offer testing of health supplements. However, these tests aren’t cheap and can take weeks or months. This contrasts with the fast-paced tech environment of Silicon Valley. So instead a nootropic startup may want to look at how they can reduce the cost of lab tests for nootropics and use that as part of the business model.

The logical way to solve this problem is by building a company that verifies the ingredients in nootropic products and allowing verified companies to publish product verification labels.

In addition to quality and purity, reliability is also a grey area that startups are sure to spill into. A nootropic product could be of high quality and contain the ingredients on the label, but if the effects are inconsistent with the marketing then that product isn’t reliable, and there needs to be someone to keep track of this.

Startups could begin solving this problem with solutions as simple as a weekly test that tracks cognitive intelligence and memory, anonymizes the results, and publishes them to let users compare how nootropic products that claim to enhance cognitive function stack up. The solution could also be as complex as monitoring the actual changes in the brain and how significant of an effect they have.

This data will become immensely valuable to businesses as it will fuel the engine behind presenteeism management and wellness programs for employees.

Startups are becoming increasingly responsible for the rising popularity of nootropics, but movies like Limitless are doing their part as well. At the end of the day there is much more that needs to be learned about nootropics and how society perceives them before we can accurately predict the future of the nootropic economy.

There could be many positive effects across the globe once competition in the nootropic heats up, or they may not become significant at all but considered just another type of vitamin for optional use.

Either way, nootropics such as piracetam have been around since the 1960’s with no adverse effects reported and they will only become more popular, safe, and reliable with the help of startups.