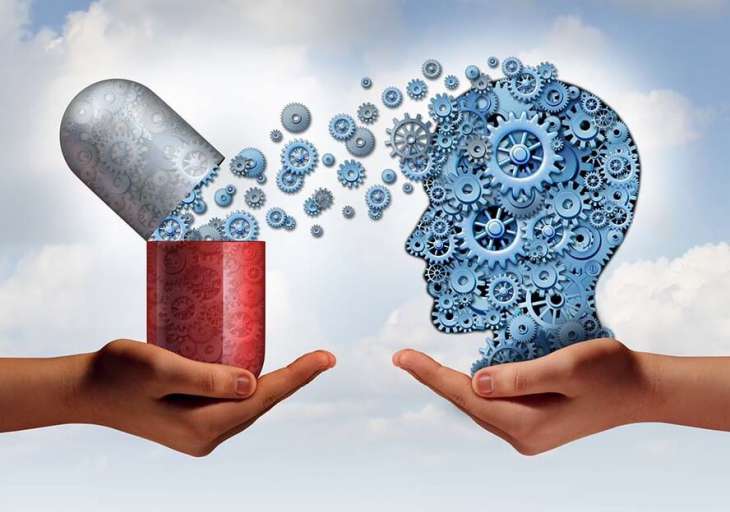 Noopept is the hot nootropic on the block that’s often compared to the behemoth of nootropics: the racetams.

Both nootropics claim to improve memory, focus, and general clear-headedness.

If you were to read a comparison of other properties, Noopept vs. racetams appear nearly the same, and some suppliers and research papers don’t recognize that Noopept is distinct from the racetams.

The racetams supposedly protect the brain and help to fight Alzheimer’s, and Noopept claims the same.

Both claim to reduce anxiety and galvanize the immune system within the brain. Both are well studied in rats and can be bought over the counter.

How can these nootropics be so similar despite being chemically distinct, and what are the differences between these two nearly identical twins?

I’ve experimented with Noopept and piracetam in my stack, and I must say, they are indeed similar—except for the act of dosing. In my experience, I had fewer side effects and tasted fewer disgusting flavors while supplementing Noopept, but your mileage may vary depending on your brain chemistry and tolerance for bitterness.

Noopept claims to help with memory recall, focus, and to do so with no tolerance buildup, and a low cost.

Noopept has many glowing reviews and is widely tolerated by its users who appreciate its negligible side effect profile and subtle beneficial effects which don’t taper off with repeated use.

Noopept is absorbed rapidly after dosing and sticks around in your body for a couple of hours with a high concentration of its bioactive metabolites.

After the peak metabolite concentration has passed, Noopept follows a standard PK curve and is eliminated over a dozen hours or so.

Taking Noopept upregulates BDNF, which is an essential gene responsible for the speed of axonal growth from neuron to neuron during learning.

This means that taking Noopept will increase the rate at which you learn and retain information, but will also increase your brain’s consumption of certain building blocks at a faster rate than it would otherwise.

The number one brain chemistry victim of Noopept is choline, which most nootropic users will have on hand. Taking Noopept requires supplementation of choline to get the most out of your brain’s ability to form new connections.

If you don’t supplement choline with your Noopept dose, you may be unlucky enough to end up with a choline deficiency—unpleasant and hard to specifically detect.

The racetams are the gold standard of nootropics and have been for quite some time. Racetams help the most with focus and processing speed, which checks out with my experience.

Racetams are well tolerated, tend to dose in the 1g range, and are in and out of your system within eight hours. Racetams claim to improve your focus, memory, and speed of mental processing.

Racetams tend to be extremely bitter to the taste and promote flatulent indigestion. Aside from the difficulty of orally consuming them in powder format, the racetams are fundamental to most nootropic stacks.

Racetams are cheap, available in bulk, and have decades of human use to their credit. Racetams are OTC and can be purchased at many supplement stores or online.

Racetams are safe for long term use, though many users cycle it out after a few weeks.

Though there aren’t specific studies pointing to users developing racetam tolerance or racetams having a reduced effect, anecdotal reports point to racetams losing some of their sparks over time.

The negative side effects of the racetams tend to be anxiety, muscle tension, dry mouth, headache, and some weird vision changes. It isn’t common, but some racetam users have distortions, contractions, or expansions to their peripheral vision.

Anecdotally, I experienced all the above most common side effects during my piracetam supplementation, and they weren’t too bad aside from the vision changes.

I also suffered from a bit of spacey-ness while on piracetam which I didn’t experience on Noopept.

There’s one caveat about the racetams aside from being aware of vision changes. As it turns out, the racetams share the choline dependency of Noopept, though it’s been common knowledge for a much longer period.

Noopept’s main edge on the racetams have been studied in the past and will continue to be studied in the context of repairing brain damage and ameliorating Alzheimer’s disease.

The consensus is that Noopept is much more palatable and doesn’t require as much mass to achieve a similar effect as the racetams.

Racetam users will immediately understand the benefit of getting more out of each grain of powder—less powder per dose means less bitter taste and revolting indigestion after your dose.

Adding One to Your Stack

Many users will prefer Noopept because it requires a lower dose, and is less likely to incur negative side effects.

Personally, I’ll never miss those bitter powdery burps that you get after piracetam powder now that I’ve got Noopept. More beneficial effects per milligram is a blessing when each mg is a struggle to keep down.

For what it’s worth, Noopept may ultimately supplant the racetams in the volume of research produced, as its greater potency per mg allows for more granular (no pun intended) animal model studies.

If you’re not ready to drop your racetam for Noopept just yet, check back for more evidence in a few years and see if you’ve changed your mind.

There are currently some studies on Noopept’s effect on Alzheimer’s with and without choline supplementation in direct comparison to a few racetams, which will be interesting to see.

Racetams will probably continue their reign as the kings of the nootropics for the foreseeable future because of their cheapness and easy availability.

In my view, Noopept is a bit more expensive, but probably worth a try if you’re currently using racetams in your stack. At a minimum, you’ll save yourself some shelf space and a bit of revolt.

Just wanted to give a heads up and say that Noopept works on glutamate and not choline. The choline deficiency isn’t an issue with noopept as it is with the racetam family — since it works on different “brain fuels”.