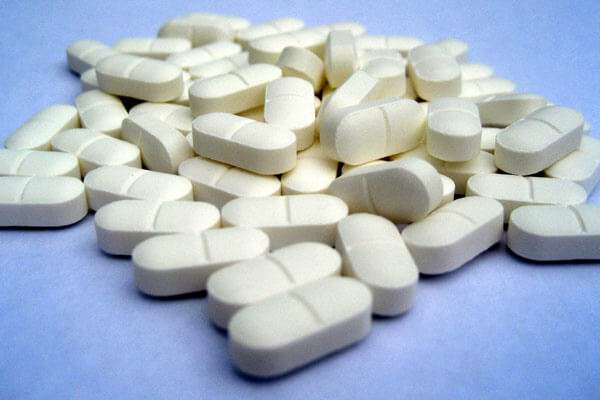 Have you ever heard of a drug called Lexapro? Chances are you’ve seen a few of their ads, talking up the tiny white pill’s ability to help combat depression and anxiety.

What you may not have immediately realized was that Lexapro is a brand name and a form of a compound known as Escitalopram.

It’s been around since the early 2000s but has expanded its scope from simple prescription medication to sought after recreational drug thanks to its mood-altering properties. That Escitalopram high could come with risks, however. Is it worth it?

What Is Escitalopram Good For?

It’s a mood-altering drug and is most useful for helping people cope with the symptoms of anxiety and depression. For those that have an imbalance of serotonin in the brain, Escitalopram can restore proper levels, resulting in an increased motivation, especially when combined with other forms of therapy.

Those that respond well to Escitalopram find that it can ease their symptoms, particularly feelings of anxiety, to the point that they no longer shut themselves in and are able to behave more sociably when out and about.

Escitalopram, like several other SSRIs, can also be effective in helping with symptoms of premenstrual syndrome, and a doctor may prescribe it for this use in some cases.

How Does an SSRI Effect You?

I mentioned that it’s an SSRI, but you might be wondering what the heck this drug does to the body. In short, in helps to boost serotonin levels in the body by blocking its reuptake into the “presynaptic neuron.” More available serotonin can often lead to increased feelings of happiness (though this is not always the case).

As with all SSRIs, however, the range of effects is broad, and some people can experience increased levels of anxiety and decreased mood, in addition to other, more calamitous outcomes. In addition, some wonder if Escitalopram is more effective at boosting mood than its ancestor, Citalopram.

Like many mood-elevating compounds, Escitalopram wasn’t just stumbled upon, it was deliberately crafted during the 1990s, and is similar to a previously existing compound known as Citalopram.

Now, years later, it is sold under several brand names which include Cipralex and Lexapro (among others), available by prescription.

It is commonly marketed in pill form, with strengths ranging from 5-20 milligrams. You may remember some minor controversy over some illegal marketing of the drug, but lately, all you’re likely to read about it are thought pieces by depressed writers about the tradeoffs of using the drug to combat depression.

Reading those, however, you might be wondering how safe it is for recreational use, and with good reason—SSRIs are notorious for having a range of effects on different individuals, and what works for some may not work as well for another. Let’s see if we can’t find out more about the recreational benefits of the drug.

The Reddit community knows a thing or two about SSRIs (as they do about most things). This particular drug has been met with some high praise:

“I like it. Made me kind of amped for the first few weeks, and then it calmed down. Amped in a good way, as in I would wake up before my alarm, ready to party.”

However, in keeping with my original point, there’s always a chance that your experience will vary:

“I tried switching from Paxil to Lexapro, and the Lexapro gave me EXTREME apathy. It was so bad, I would just lay in bed and not give a shit about anything, and that alone gave me some extreme anxiety.”

“I also would get sudden horrible bouts of anger and rage (I am not an angry person).”

And let’s not forget some of the side effects:

“Fuckkkkk Lexapro. It completely shot my sex drive and made it almost impossible to get a boner or orgasm. I was on it for 4ish months and I hated it, I think I actually got more depressed, spacier and more demotivated.”

So, while Escitalopram certainly can make you feel like a million bucks, it is by no means a guarantee.

Then, there are the accounts of recreational use:

“I woke up cause my girl had to go to the bathroom. My stomach was feeling weird and all the sudden my whole body started to sweat. I felt nausea and ran to the bathroom seconds after her. I started to throw up. I felt better for only moments before I have to throw up again. I was going through sweats, a fever, vomiting, nausea, upset stomach, mild confusion. If I had never tripped or rolled I would have been out of my mind, seriously.

I just slept for a while feeling like someone was kicking my stomach and wow was in fun. I was up on and off till I decide it was time to go home and be awake. I smoked some herb to try and calm my nerves. I started a mild roll and mild hallucinations. It was fun to an extent but overall very scary and it really didn’t calm me down just made my heart beat faster and revved up my adrenaline.”

“My anxiety was highly increased. I felt like a tweeker. In my experiences I’ve concluded that I much prefer downers to uppers, so I hate anything speed/tweak related esp tweekers themselves. It was such a horrible experience, and all I wanted was to sleep but couldn’t. I tried, I might have passed out for lil periods of time, maybe a 30 min nap then I’d be awake again tripping. I didn’t want to get off the couch because of nausea.

Then next day, very sleep deprived, I felt like shit! I didn’t want to do anything and I couldn’t eat til the following day. Even then it was difficult to want to put anything near my mouth. In conclusion, fuck Lexapro.”

My Ups and Downs with Escitalopram

I was curious as to how this particular SSRI would work on me. I’ve had success using them recreationally in the past, but some of the things I read about Escitalopram gave me the impression that the experience might be different.

I obtained some of the 20 milligram tablets and tried one (and only one). The effect wasn’t immediate, but as the day went on I could feel the boost in attitude and motivation taking hold. It was noticeable, consistent, and, for me, at least, didn’t cause and weird mood swings.

That’s not to say it was without ill-effect, however, over the course of the few weeks that I tried it, the sexual side effects were also pronounced. Let’s just say I had to issue a sincere apology to my lady friend for ignoring her repeated advances…

As evidenced by the few firsthand reports we gathered, Escitalopram isn’t for everyone. Undoubtedly, some people have great success in boosting their mood when they take it. On the flip side, though, it has the potential to exacerbate negative moods in others.

On some occasions, it can also come with some undesirable side effects that will alter your sex drive and other normal bodily functions.

Escitalopram can cause some general side effects, nausea, sleep issues, dizziness, and gastrointestinal distress among them. I already mentioned some of the sexual wonkiness—Escitalopram can kill your desire to copulate and could delay orgasm as well.

In addition, it can interact with other medications or supplements (like St. John’s Wort) and taking this drug can increase serotonin levels to the point where users experience the adverse effects of Serotonin Syndrome.

Escitalopram can be useful for treating depression/anxiety, and the Escitalopram high, if achieved, is rather pleasant. Users should beware with this drug, though.

The effects of SSRIs, especially on otherwise healthy individuals, can at times be unpredictable. I’d advise starting with a lower dose to see how it might work on you before going “all in.”