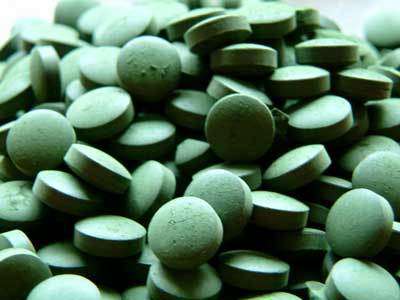 Dicyclomine is one of the last things you’d expect to be used as a recreational drug. As an IBS (irritable bowel syndrome) medication, you’d think it would be used to treat stomach cramping and the occasional bout of intestinal distress.

It is, but some users seem to think that in heightened doses, the Dicyclomine high will produce a kind of visual blurriness or hallucinations that are akin to a drug trip. I’d certainly never heard any such claims before, but I decided to look into it.

As discussed, Dicyclomine is used to reduce cramps and relieve symptoms associated with irritable bowel syndrome. The drug is a muscle relaxer that goes to work on the smooth muscles of the stomach and gastrointestinal tract. Dicyclomine belongs to a class of drugs known as anticholinergics. These types of drugs are used to treat a range of different illnesses we’ll discuss in a moment.

The drug comes in many brands, but most have similar characteristics in the fact that they come in capsules of about 10 milligrams and are effective in 10-20 milligram doses, in the vast majority of cases. A recreational dose is typically much greater in size.

The drug is available via prescription and does have plenty of legitimate use. First created in the 1940s, it is widely known for its ability to relieve muscle spasms in the GI tract, via its ability to function as a non-selective muscle relaxant. It blocks a chemical in the smooth muscles of the stomach, and thus, no more cramping.

Those who might be taking Dicyclomine to treat IBS should consult with their physician about possible allergies, or if they have heart problems, glaucoma, myasthenia gravis, or acid reflux, as these issues can present serious interactions with the drug.

The Purpose of Anticholinergics

Anticholinergic drugs like Dicyclomine block acetylcholine, which is a neurotransmitter that helps control how your body functions.

These types of drugs can be used to treat a number of issues including gastrointestinal problems, COPD, asthma, motion sickness and some symptoms of Parkinson’s Disease.

What Is Dicyclomine Good For?

It can cause diarrhea, constipation, and abdominal pain (which are the most common symptoms), but can also result in anxiety, depression, fatigue, and a host of other symptoms.

There are multiple medications that treat the various symptoms, and Dicyclomine seems to be reasonably effective at addressing the pain and muscle issues that sufferers of IBS experience, though, with some side effects. While these side effects are rarely severe, some prescribed users complain that the drug leaves them in a complete mental fog, leaving them unable to take it whenever they need to focus.

It is uncommon, but in some rare cases the use of anticholinergic drugs, of which Dicyclomine is one, can produce acute euphoric and hallucinatory effects. This is by no mean the norm, however, which makes its efficacy as a consistent recreational drug somewhat dubious.

In other words, there’s not much evidence to support that recreational use of Dicyclomine actually produces a high with any degree of consistency. While some people say Dicyclomine produces a nice buzz, for other people, the drug doesn’t seem to work at all. There’s no telling if the drug will work for you.

Some users have reported the “trippier” effects of the drug, to their great surprise:

“Took 4 Bentyl over 3 hours for a stomach cramp that wouldn’t die. Never had this sort of reaction, also never taken that much (only ever took 2). /r/drugs, you guys know better than anyone about all kinds of shit, some of which I never even heard of…”

“While this is trippy I’d like to make sure I’m not, you know, dying, so I can enjoy it.”

This reaction, while pleasant for the user to a degree, is outside the norm, which usually consists of tales like the following:

“I take dicyclomine and diphenoxylate/atropine every day. They seem to work okay, but they dry me out bad, and the dicyclomine makes me feel very unpleasant. Sometimes I feel like my insides are filled with sand, my mouth and nose get so dry, and sometimes I get terrible headaches.”

So, while the potential for some kind of Dicyclomine high is there, it is not something that you’re likely to experience without repeated high-level doses.

My Take on Dicyclomine

In spite of all the potential drawbacks, I decided to give Dicyclomine a try, just to see if it was going to have any effects on someone like me who didn’t experience any IBS symptoms and just wanted to use the drug for recreational purposes.

Knowing it was a longshot, I was able to obtain some of the oral capsules and go with a big 60 milligram dose, expecting at least a little something to happen.

I probably should have heeded those warnings, because all I experienced was an extreme bout of thirst, followed by a headache, diarrhea, and then an overwhelming urge to go lay down.

Normally I’d give a drug a second round to see if maybe I could achieve the desired effect by upping the dosage, but I had no desire to dehydrate myself and so decided to throw in the towel on Dicyclomine.

The firsthand experiences we referenced vary wildly, which should come as no shock to anyone even remotely familiar with prescription medication. Like most medicines, Dicyclomine can affect people in vastly different ways. For some, it might work “just as intended,” in which case it would ease the muscles and help deal with IBS symptoms.

For others, it could produce a kind of euphoria and pleasant Dicyclomine high that rivaled some sedatives. For many, though, it will treat IBS symptoms sporadically while plaguing them with an array of unpleasant side effects.

Though the muscle relaxer can ease IBS cramps, it is not always effective. It is even less reliable when trying to use it for recreational purposes. Often, the medication will result in some side effects, which can include:

“Dizziness, drowsiness, lightheadedness, weakness, blurred vision, dry eyes, dry mouth, nausea, constipation, and abdominal bloating.” In more severe cases, Dicyclomine can interact with other drugs, such as antihistamines, MAOIs, or benzodiazepines, that will increase the severity of the already unpleasant side effects.

While these side effects are less common, Dicyclomine has also been reported to cause fainting, difficulty breathing, an irregular heartbeat or psychotic thoughts or actions.

This is a tough question to answer because it seems that with this drug, your mileage may vary. Some users reported a sedative like high with some light psychedelic effects. Others, like myself, for example, experienced no high at all, and instead was left feeling, sick, tired and dying of thirst. All the while, there are people who were prescribed the drug and are unable to take it because even a low dose of the drug leaves them in a blurred fog.

It seems to me that trying to use Dicyclomine for recreational purposes is much more trouble than it is worth. The drug is already hit or miss for its intended purpose of treating IBS symptoms, and that effectiveness rate drops even further when trying to achieve that elusive Dicyclomine high.