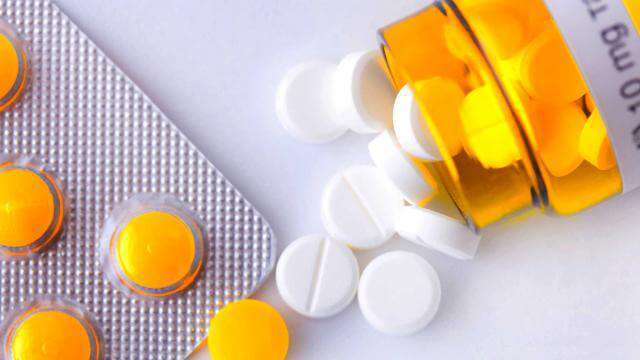 Ativan is a brand name for the drug Lorazepam, a Benzodiazepine used to treat anxiety, sleeping disorders, and seizures.

Like many such drugs, it has found off-label use as a recreational drug because of the unique sensations it can produce following ingestion.

User beware, however—the correct dose might leave you feeling at peace, but the wrong dose has been known to produce some nasty side effects. If you’re not used to taking “benzos,” there’s a chance you might have an unpleasant trip.

There’s also the possibility of the drug becoming habit forming if you’re not careful. Let’s explore.

Lorazepam first became available in the United States in 1977, though it was patented much earlier, in 1963. From there, generics and brand names started cropping up, including Temesta, Tavor, and our current subject, Ativan.

There’s not much buzz around Ativan, aside from the online culture dedicated to learning more about how to use it to achieve various altered states. It is a legal drug, but, generally speaking, you need a prescription to obtain it.

The drug is classified as one of the WHO’s “Essential Medicines,” meaning it is one of the “most effective and safe medicines needed to meet the most important needs in a health system.” That is, assuming you take a standard dose recommended by your doctor.

For that off-label, recreational high, a larger dose is needed, which is where some issues can come into play.

You can always trust the guys over at Reddit to have some anecdotal accounts for you to get an idea of what you’re getting into. As most anecdotes go, you’ll find your share of positive experiences:

“I love Ativan! Its one of the few benzos that doesn’t make me sleepy. In stupid high doses it gives a really weird body high and it’s almost hallucinogenic. It distorts my vision and if I close my eyes I see weird alien like scenes.”

“Ativans are awful. My wife abuses them, gets a script for them and uses them up in about 5-10 days. The entire time she is on them, she is not herself… She looks at me and all I see is this emptiness to her eyes when she takes them.”

“She goes through emotional highs and lows, one moment she is fine, next second she is crying cause I looked at her wrong, 10 minutes later she is screaming at me or someone else cause we have pissed her off. I feel like they truly have no practical use.”

So, the question is, how will Ativan affect you? I decided to give it a go, for “research purposes,” of course.

How and why I started taking it

I’ve tried Benzodiazepines before, but never any Lorazepam derivatives.

I decided to be thorough, so I got full night’s rest and steeled myself for what I assumed would be a gnarly trip the next day. Five 1-milligram tablets later, I started to feel an intense feeling of relaxation, followed by an extreme loss of balance.

It was like I was drunk, but I didn’t feel charming, sociable, invincible, or any of the other great things you’d normally associate with imbibing large quantities of alcohol. I got extremely hungry, downed two calzones, then I passed out.

Woke up feeling like I got a great nap in, and that was it. Not exactly the ideal experience for a “recreational” drug, but at least those calzones were tasty.

As I mentioned earlier, Ativan is a brand of Lorazepam, which is a Benzodiazepine. “Benzos,” as they are sometimes called, are a classification of psychostimulatory drugs, meaning they can alter your mood and change your perception of reality. In most cases, that is.

It’s largely dependent upon the dose that you take. Take Ativan in the standard amount, and it will work as a mild anti-anxiety/sleeping pill. Go crazy with it, and you could end up like me, passed out on the couch after a calzone binge.

We covered two firsthand accounts from users who had tried Ativan a bit earlier.

They showed the wide range of responses that people can have when taking this drug. For those that already have anxiety, it’s usually a pretty good trip.

People without anxiety, or those who are using too much, though, can quickly experience all the drawbacks Ativan has to offer.

Why bother taking it in the first place?

Used properly, Ativan is a great anxiolytic, capable of treating a range of anxiety disorders.

It can alter brain chemistry and go to work on the central nervous system to induce a state of calm in people who might otherwise struggle with achieving such a state.

It does this by affecting a neurotransmitter known as gamma-aminobutyric acid (GABA).

Ativan doesn’t raise the levels of the neurotransmitter. Instead, it enhances the ability of what is already present in the body, inducing the calming effect and other benefits.

Ativan can also function as a sedative, and, in some cases, work to reduce seizures.

As a mood-altering substance, there is a range of negative side effects that can come with taking Ativan.

Drowsiness, dizziness, loss of balance, nausea, vomiting, headaches, constipation, and a sudden hunger can all occur while on Ativan.

It can also induce more serious side effects, like serious depression, thoughts of suicide, hallucination, and amnesia.

It is possible to develop an addiction to the drug, which would then result in chronic abuse and potential toxicity from overuse.

Because of its ability to impair motor function and memory, Ativan is, sadly, sometimes used as a “date rape” drug as well by more unscrupulous sorts.

I’ll be honest with you: unless you already have anxiety and this stuff is working for you, the Ativan high probably isn’t the high you want.

This isn’t an indictment against Benzodiazepines in general, mind you. Some of the other varieties can produce some rather stellar effects, without all the baggage, if you know which ones to look for.