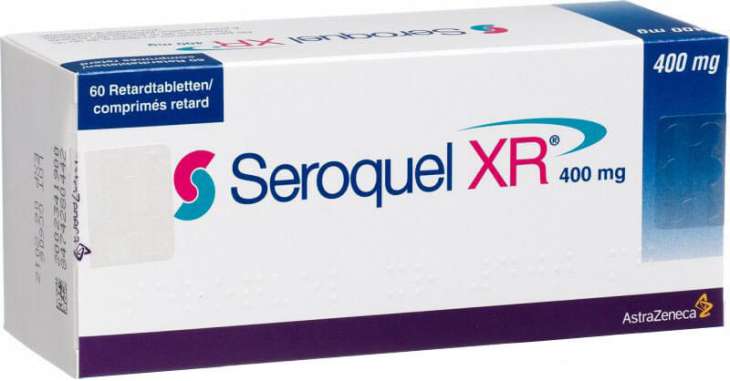 Would you believe that this antipsychotic drug is one of the most expensive ones on the market? That’s not all; there is an increasing instance of off-label prescription of the Seroquel, and subsequently, attempts at recreational use.

Could this mood adjusting drug truly be used for such purposes, though? I wanted to find out if the hype was real.

Seroquel is actually a brand name of the generic drug Quetiapine, an antipsychotic medication used to treat schizophrenia, bipolar disorder, and depression. The drug is an atypical antipsychotic and used to treat several psychiatric conditions. It was first approved for use in the United States in 1997, and quickly became one of the biggest-selling pharmaceutical drugs in the country.

The brand has seen its fair share of controversy but is generally considered effective for its “approved indications.”

While we don’t yet fully understand how Seroquel works, what we do know is that it blocks the nerve receptors of different neurotransmitters that affect dopamine and serotonin levels in the brain. As such, it’s an effective treatment for conditions such as bipolar disorder and schizophrenia.

While there’s a great deal of research to substantiate Seroquel’s on-label benefits, the growing number of off-label prescriptions is causing some distress in the medical community, particularly because of the greater strength at which off-label users are taking the drug:

“Concerns about the off-label use of antipsychotics prompted an evaluation by the Drug Utilisation Sub-Committee of the Pharmaceutical Benefits Advisory Committee in 2013. Off-label use was most evident for the 25 mg strength of quetiapine. The usual therapeutic dose range for the approved indications is 400–800 mg/day.”

The drug appears to be used recreational most commonly by young males with a predisposition for benzodiazepines. The study concluded the following:

“While presently designated as a non-controlled substance, there have been a series of case reports indicting quetiapine as a potential substance of misuse/abuse. These case reports are summarized in Table 1.4–10 Note that the majority has involved younger male subjects and that the entire cohort is riddled with past substance abuse, particularly the abuse of benzodiazepines. The routes of misuse/abuse have included oral, intranasal, and intravenous entries, with the latter two methods mediated by crushing tablets. While not noted in the table, the majority of reported subjects were either incarcerated or psychiatric inpatients.”

In the States, Seroquel/Quetiapine’s manufacturer, AstraZeneca, has found themselves in trouble for promoting off-label use:

“In 2010 the manufacturer of quetiapine agreed to pay US$520 million following government allegations of promoting off-label prescribing. This included promoting the drug to non-psychiatrists for indications such as anger management, dementia and sleeplessness.”

There were also allegations of remunerating doctors for articles that had been ‘ghostwritten’ by other people to promote off-label uses.”

AstraZeneca also concealed the fact that the drug could cause diabetes:

“AstraZeneca knew as far back as 2000 that Seroquel, its atypical antipsychotic, could cause diabetes in users. Since then, 15,000 consumers have sued the company. Documents describing AZ’s early knowledge of Seroquel’s risks surfaced in court, according to Bloomberg.”

Yikes! I was curious to see why off-label use was pushed so heavily, so I decided to round up some reports from users of Seroquel about its effects.

One of the major off-label uses of Seroquel is for sleep related issues. While Seroquel does a great job at knocking you out for a good night’s rest, there are other medications that are far better suited for the task. While these other medications don’t necessarily perform their task any better than Seroquel, they just do so with far fewer brain-dampening side effects.

“The first time I tried it, I crushed and sniffed 50mg. About 15-20 minutes later, sitting on the couch I get that whoo there it is moment followed by a couple hours of a mellow sleepy, floaty high. Since then, I’ve just been taking 200mg orally. Takes about 45 minutes to hit.”

“It feels to me like a moderate weed high with heavy eyelids, tingling at the back of the head, weird anti-gravity feeling when moving around.”

“I have been taking 150mg daily, and what a hell it has been. An absolute overwhelming sense of drowsiness for the first week (sleeping for 16+ hours a day is not uncommon) has led me to skip classes.”

“The vivid nightmares it gives are also unideal: I had one last night which was a flashback to my abusive childhood. I have tried simply not taking the Seroquel, but I get physical withdrawal symptoms from not taking it.”

That makes it sound like a Seroquel high could either be really good, or really bad. It must depend largely on the individual.

The Seroquel IR tablets seemed the way to go. I was wary, so decided to try and take it easy with a 25 milligram dose. It took about an hour to start working for me, and when it did, I felt very drowsy almost immediately.

I was completely out of it. Couldn’t get any work done, couldn’t do much of anything at all. I turned into a total zombie and had to lay down. If you’re looking for something to get you to sleep, this stuff is on point.

From a recreational perspective, though, the Seroquel high wouldn’t be my first choice. When you factor in the potential for some weird side-effects, I think I’d rather not try this one again.

The firsthand experiences I read about varied wildly. You have some people who have taken it recreationally and had a blast. Others have been prescribed the drug for some medical need and had an awful time on it.

Others still admitted to having some benefits with the drug that were coupled with drawbacks like constant drowsiness and weight gain that made them question if it was worth it. It seems that this is a drug that, while effective, can also result in some “collateral damage,” so to speak.

What Is Seroquel Good For?

This antipsychotic drug is effective at treating schizophrenia, bipolar disorder, and depression. Researchers have been exploring the possibility of Seroquel being used to treat insomnia, Tourette’s and some anxiety disorders as well.

It is sometimes prescribed by doctors for these off-label uses, but more study is necessary to see how well Seroquel can treat these conditions.
When it comes to off-label usage, many seem to take Seroquel for one very clear reason: it puts them to sleep. This falls in line with first person accounts that suggest it can be difficult or impossible to stay awake and productive while taking Seroquel. For many recreational users of the drug, a high isn’t really what they’re after, it’s simply a good night’s rest.

Thankfully, the more serious side effects are rare, but they are possible and should be watched for.

Is It Worth It?

To me, the Seroquel high doesn’t seem worth it. This is a useful drug for those with clinical need, but the hit-or-miss nature of the recreational effects makes me hesitant to try this one or recommend it to others for such a purpose. In fact, many Seroquel users who are prescribed the drug for it’s on label benefits find it strange that the drug is being sought after by recreational users, considering it doesn’t provide the type of “high” that’s typically associated with recreational drug use.

Not to mention, considering that the drug is often purchased illegally from street dealers who are unfamiliar with the drug and its various applications, purchasing it this way could be very dangerous.