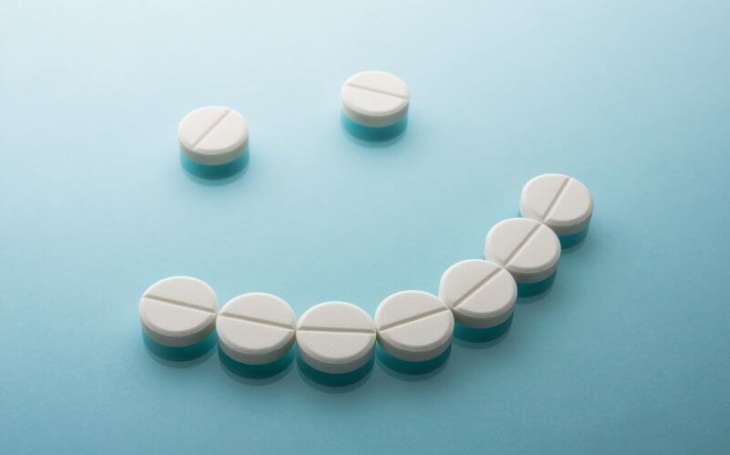 Adrafinil is a hot nootropic to add to your stack these days, and many people seek its beneficial effects, but does Adrafinil interact with antidepressants?

Safety is a priority when designing your stack and experimenting with new nootropics, so the question of nootropic interactions with any prescription drugs you may be taking is a critical one.

Antidepressants are notorious for being subject to a galaxy of drug interactions, as are many nootropics. Adrafinil is no exception, and to make matters worse, its mechanisms of action are unclear at best.

I’d be extremely hesitant to combine Adrafinil with an antidepressant, but some users may be brave enough.

Whatever drug interactions that may exist between Adrafinil and antidepressants will likely be specific to certain classes of antidepressants rather than “all antidepressants,” and there’s no guarantee that the analysis here will be comprehensive.

Adrafinil is used as a nootropic for improving focus, memory, learning, and mental energy. Some users claim that Adrafinil is also a mood booster, which is immediately a red flag when it comes to investigating their interactions with antidepressants.

With that said, Adrafinil isn’t traditionally a mood booster, and its mood lifting effects are minor, subjective, and inconsistent. If Adrafinil were definitively mood lifting, it’d be a big no-no to combine it with any other antidepressants.

For our purposes, the mood-boosting effect of Adrafinil isn’t established well enough for it to be considered an antidepressant in and of itself.

Adrafinil’s mechanism of action isn’t fully understood, but we do know a few things which will be useful.

First, Adrafinil is metabolized into Modafinil before it’s bioactive, which means that we’ll be able to lean on knowledge about Modafinil. Second, what we know about Modafinil’s mechanism of action is that it’s likely weakly dopaminergic and also weakly noradrenergic.

If there’s overlap between the mechanisms of action of antidepressants and dopaminergic or noradrenergic activity, it’s likely that there will be an interaction with Adrafinil.

There are some different classes of antidepressants, and each has different generalized mechanisms of action as well as drug-specific variations of the general pattern.

SSRIs are the first-line antidepressant drugs and operate via increasing the amount of serotonin at the synaptic cleft by lowering the rate of serotonin reuptake into the axonal bulb.

SSRIs are widely prescribed, mostly safe, and have a well-characterized side effect profile that’s consistent with what we would expect from messing with serotonergic systems.

Most SSRIs also alter dopamine and norepinephrine concentrations as well, though these are decidedly accidental outcomes. The amount that a SSRI will have off-target effects varies from drug to drug.

Unlike the SSRIs, TCAs have a different side effect profile and alter norepinephrine levels more readily than SSRIs. TCAs have lower dopaminergic activity than the SSRIs.

TCAs aren’t prescribed that much anymore, so most potential Adrafinil users won’t encounter them.

NDRIs are a newer class of antidepressants which focus on reducing the reupdate of norepinephrine and dopamine in equal proportion.

NDRIs have a strong affinity for the dopamine transporter as well as the norepinephrine transporter, which means that other drugs which try to target those pathways won’t be effective.

NDRIs have a side effect profile that’s consistent with what we would expect from a dopaminergic and noradrenergic drug, and can sometimes cause seizures in vulnerable populations.

MAOIs are different from the other antidepressants so far because they target the monoamine oxidase enzyme and reversibly deplete it.

MAOIs are well known for being the most cantankerous of the antidepressants regarding potential drug and dietary interactions, and they’re no longer a first, second, or third line treatment because of it.

Could Adrafinil Interfere with Antidepressants?

Yes, Adrafinil may not be suitable for combination with some antidepressants, though it depends on the class of antidepressants and their pharmacological mechanism of action.

As a reminder, we know that Adrafinil is weakly dopaminergic, and that’s the standard I’ll be using to make the following judgments.
Adrafinil will interact with NDRIs, and will probably have some interaction with SSRIs and MAOIs.

The amount of interaction that Adrafinil will have with SSRIs will vary from drug to drug, so it’s not entirely clear how potent the interaction is.

Some SSRIs that are stronger dopamine reuptake inhibitors than others will have stronger interactions with Adrafinil, but keep in mind that dopaminergic activity isn’t something that is extensively studied in drugs that are intended to be used for their serotonergic activity.

NDRIs are 100% a no-go to combine with Adrafinil. The mechanisms of action that we know about for Adrafinil match up completely with the core target of all NDRIs, so there will be a drug interaction if you take both.

I don’t know what exactly the effects of that interaction will be, but I’d steer clear if I were you.

It’s unclear whether TCAs will have an interaction with Adrafinil, but there are no red flags, so it’s probably the safest bet if you’re curious about combining the two.

I hope that my analysis here has impressed upon you the idea that there is probably not a way to safely take Adrafinil with most classes of antidepressants due to the high likelihood of a drug interaction centering around synaptic dopamine concentrations.

There’s not any direct data on these interactions because people don’t commonly combine Adrafinil with antidepressants.

If you combine Adrafinil and antidepressants, there will be a drug interaction that may harm you, so treat extremely carefully if you’re going to disregard my advice and combine the two.

If you have any questions, reports, or comments, leave them below. Remember, always stack safely!

I take 200 mg of Elavil (Amitriptyline) at bedtime. Since I take it at night would it still be contraindicated to take with Modafinil? Thanks for your reply.