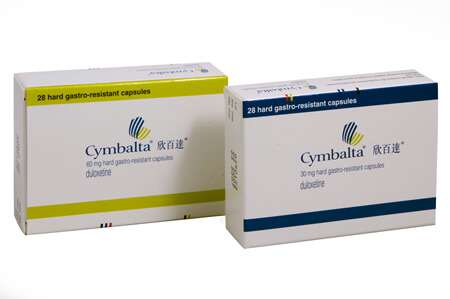 Chances are you’ve at least heard of Cymbalta in passing. The nerve pain/antidepressant medication is heavily advertised and used to treat anxiety, neuropathy, fibromyalgia, muscle pain, and several other conditions.

Off-label, some supporters believe that it makes for a great supplement if you’re looking to alleviate stress, feelings of doubt, or pain, though, not everyone will respond to this medication in the same way.

What Is Cymbalta For?

“Depression hurts; Cymbalta can help.” The mood altering effects of this drug are often touted, even in advertisements.

Though legal to take, the drug is normally available only through a prescription. Physicians will suggest Cymbalta, which is also known by its chemical name, Duloxetine, to patients suffering from major depressive disorder, generalized anxiety disorder and other related issues. Not long after it was discovered that Cymbalta has an alternative use as an extremely effective medication for fibromyalgia, neuropathic pain, and a number of other ailments.

Duloxetine was created at Eli Lilly & Company in the 1980s, by researchers David Robertson, David Wong, and Joseph Krushinski.

They found the compound inhibited serotonin reuptake, and through further study, noted that the reuptake properties applied to other neurotransmitters like norepinephrine and dopamine as well, putting it in the classification of antidepressants known as SNRIs.

Unfortunately, this mood alteration is not always positive, and can, in some cases, come with side effects that make taking the drug not so worthwhile. In addition to helping to treat depression, though, Cymbalta is known as an effective method for dealing with fibromyalgia.

The chronic musculoskeletal condition can cause widespread muscle pain, and Cymbalta works to counteract that. For some, Cymbalta makes for a great appetite suppressant, helping such individuals go without eating and aiding them in their quest to lose weight.

Cymbalta may also work to regulate energy levels and urinary incontinence, though, it is not approved for such use in the U.S. or in many other regions worldwide. However, it did receive approval as a treatment method for stress urinary incontinence in the United Kingdom.

Reddit users have a long history with antidepressants, and Cymbalta is no exception. Though some have found a bit of success with the drug, many more comment on the negative side effects they experience when taking it:

“Cymbalta actually made me really sick, almost to the point of throwing up. About a half hour after I took it, I got really dizzy and started retching. I never took it again.”

Other commenters remarked on how it would adversely affect their mood, and there was also this gem:

“When Cymbalta first came out, you’d see a ton of commercials on TV as a treatment for depression/bi-polar. Not too long after that those commercials vanished, and in their place were commercial touting Cymbalta as a great drug for neuro-muscular pain, which it actually is.”

This sentiment seems to line up well with the current opinion of Cymbalta, which is that its pain relieving potential far outweigh its ability as a prescription or recreational mood booster.

With regards to a high, many Cymbalta users say that when they first began taking the drug, they did receive a sort of high for the first week or two after they were first prescribed the drug. For some, that may be a pretty attractive reason to give Cymbalta a shot recreationally. But, you’ll want to proceed with caution as Cymbalta can react negatively with a litany of other drugs and substances which we’ll cover in a moment.

Another interesting point that’s worth noting is that some Cymbalta users have reported wildly different experiences depending on the dose they took. In some cases, they experienced relief of their symptoms and mild euphoria while taking a small dose of Cymbalta, but when they increased the dosage, they experienced no reduction of their symptoms and any mild euphoria was replaced with depression and anxiety. In other words, it seems that Cymbalta can be a bit of a crap-shoot.

Of course, many of these accounts were from people who experienced some form of depression and then took Cymbalta to help ease that. I was curious, how would it affect someone like me, who did not suffer from depression but may have wanted to try it out recreationally? I obtained some pills and monitored my results.

I could detect a slight change in mood, akin to a mild boost in cheeriness, though, with a few side effects. Most notably, I couldn’t eat anything. The desire to consume food was all but gone, which was somewhat troubling as I could see it severely limiting my ability to maintain mass if taken long term. On the other hand, that side effect could actually be a positive for some people.

Anything Else to Know?

Also called Duloxetine, this chemical is a neurotransmitter reuptake inhibitor that affects other compounds in the body, like serotonin, norepinephrine, and dopamine.

Though once widely marketed as an antidepressant, Cymbalta is now more closely associated as a therapeutic agent for treating neuropathy and fibromyalgia, as it can decrease the pain associated with those and other medical conditions.

It has some other effects on the body as well, but these are seen as the most potent and medically beneficial.

Many users reported that Cymbalta didn’t work too well for them. Though all the mechanisms by which it affects the body aren’t completely understood, there is a view that, like many other medications, the range of responses in humans will vary wildly from one to the other.

For some, it works fine on its own for boosting mood and may even provide something of a Cymbalta high that is characterized by extreme elation. For others, this experience is coupled with intense lows because they may be suffering from bipolar disorder.

For many, the appetite suppressing function of Cymbalta is rather effective, and it’s a good option for helping those individuals lose some extra weight.

There are, of course, the array of standard side effects you’ll have to contend with when taking Cymbalta: nausea, insomnia, somnolence, dizziness, etc. There are also more severe side effects that can occur, like a lack of interest in sex or trouble achieving an orgasm.

In some cases, Cymbalta can cause suicidal thoughts, but this is not present in all groups that take Cymbalta.

You’ll also want to check out drugs that Cymbalta has interactions with before trying it yourself. There are some very common drugs which can have a seriously adverse effect when mixed with Cymbalta, including nicotine and omeprazole. Mixing the drug with alcohol can greatly intensify these negative interactions as well. Certain drugs, such as the antipsychotic Thioridazine can cause death when taken in conjunction with Cymbalta. So, proceed with extreme caution if you’re considering Cymbalta recreationally, and make sure it isn’t going to interact negatively with any drugs you may already be taking.

To be honest, the so-called Cymbalta high wasn’t that impressive.

When you weigh that fact along with the fact that it can only be obtained through prescription and could come with some serious side effects, it’s easy to see why Cymbalta isn’t further up on the go-to list for mood enhancement and supplementation.