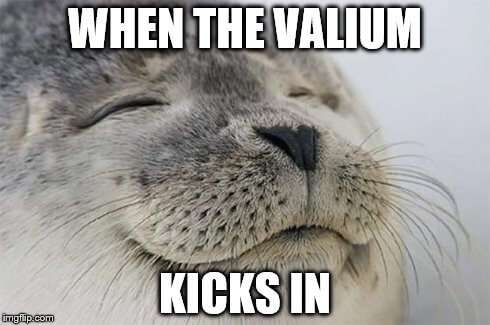 Is there anyone that hasn’t heard of Valium before?

The drug, a brand name for Valium, is a Benzodiazepine medication that creates a calming effect on the body and is employed clinically to treat anxiety, withdrawal symptoms from other compounds, muscle spasms, seizures, you name it.

Unfortunately, the drug has become infamous for its abuse potential and its rather notorious withdrawal effects.

If taken carefully, though, some users report that a manageable but, still pleasurable recreational Valium high can be achieved.

Valium is the brand name for Diazepam. It is a Benzodiazepine used to affect the chemicals in the brain and treat anxiety, alcohol withdrawal, muscle spasms, and other health issues.

It’s potent and effective in many cases, but carries with it a very real risk for abuse, misuse, and withdrawal symptoms if you stop taking it suddenly after being on it for a while.

In addition to these uses, Valium also has several off-label uses as well. Namely, it can be used for the short-term treatment of insomnia, panic attacks, and can be combined with other drugs to aid in the treatment of tetanus.

Diazepam quickly gained immense popularity with doctors and patients. Between 1969 and 1982, Valium was the most prescribed drug in the US, and sales peaked in 1978 with more than 2.3 billion pills sold that year.

The drug is even on the World Health Organization’s List of Essential Medicines. Since the Patent for the drug expired in 1985, over 500 manufacturers have marketed the drug. This should give you an idea of just how popular Valium was, and still is to some degree.

Valium was created in the rush to bring potent Benzodiazepines to market in the middle part of the last century:

“After the success of Librium, the race was on to create more BZDs for the market. The second successful compound was diazepam, which was introduced in 1963 with the trade name Valium.

Articles like the Wall Street Journal’s “An Anxious History Of Valium,” will paint the picture of an aging chemical past its prime, particularly in the face of newer options like Xanax, but Valium use is still alive and kicking, seeing a spike in use over recent years:

“The number of admissions to treatment centers for tranquilizer use increased approximately sevenfold in the decade from 2003 to 2012, and admissions for diazepam have increased by a similar amount. This suggests that whatever factors are increasing sedative abuse overall are affecting Valium abuse as well.”

All this begs the question, what about Valium has recreational users running to it in droves? I decided to research some first hand accounts for some perspective into this phenomenon.

There seems to be something of a consensus among Reddit users. Maybe. A little bit. There are certainly users who feel it to be superior to Xanax:

“So I’m not really into benzos but i take Xanax from time to time. I never liked it because it makes me tired, anti-social, confused, and gives me amnesia. However today I took 25mg Valium and it actually gave me a nice sense of relaxation throughout my body and made me feel talkative and in a great mood.”

Users caution against going too deep with the drug, though:

“Try to only use them once or twice a week at most. Don’t start doing reckless high doses and don’t carry a lot of benzos on you if you have a habit of taking more once you start feeling it. If you find yourself taking benzos multiple days in a row despite trying to moderate your use then continuing to use them may not be the best decision.”

And whatever you do, don’t mix them with booze:

“All I have to say is DO NOT drink. You probably won’t die, but you WILL black out. Not remembering what you did for chunks of time is no bueno.”

While Valium can be a helpful drug that certainly has it’s usefulness, don’t let it become a crutch for dealing with any sort of stress.

“Valium was nicknamed ‘mother’s little helper’ for a reason: it makes any stress-inducing situation just fine. HOWEVER: if you overuse it, it seems to lower people’s ability to deal with ANY sort of stressful situation, ie, ‘Oh my god! I need to wash the dishes. Oh shit. I can’t deal with this pressure. I NEED A Valium.’ I’m sort of kidding here, but this drug is definitely habit-forming and very addictive. No joke. Be careful. I prefer to save my Valium use for drug comedowns or travel. I start to feel sketchy about it as a general sleeping pill because it is so addictive. “

Of course, the “no dying” thing isn’t an absolute:

“A friend of mine died on Tuesday due to mixing alcohol and benzos (Xanax in this case). Please use extreme caution if you do end up doing this, but I would strongly recommend you don’t. It’s not worth it.”

That’s a powerful warning. I decided I’d have to approach Valium very carefully.

I had heard plenty of horror stories. No way was I going “all-in” with Valium. I’ve heard of those 25 milligram-and-up power users, but that’s not me!

I decided to go with a 10 milligram dose, just to get a sample of the effects. I’m glad I decided to ease up.

After an hour, it was an intense feeling of sedation/relaxation. I was content to sit on the couch and read a book. Even had some fun playing a video game.

It was immediately obvious why this drug is so popular in moderate doses. I didn’t feel too unhinged, but I can absolutely see this drug becoming habit forming.

I also don’t think I’d consider ever taking this in a party atmosphere where alcohol is present as the possibility for a blackout is very real.

Good thing I took this home alone and just ended up sleeping on the couch instead of out on the curb somewhere in the city! Definitely handle this drug with care.

Most recreational drug users agree almost unanimously: Valium can definitely get you high.

The specific nature of the drugs effects on an individual may vary, as do the doses and chemicals that users mix to achieve their Valium high.

But it’s well agreed that there is a recreational value here. A common thread among the many firsthand reports is caution.

Most users recognize the potential for abuse and urge using Valium carefully to avoid ill effects.

In addition to the common side effects — drowsiness, dizziness, unsteadiness, etc. — Valium can cause mood swings, memory problems, and other more serious adverse effects. There is a significant risk for Valium abuse and withdrawal symptoms.

As you take Valium, it builds up in your system and can result in your body producing less of its own anxiety and stress reducing chemicals.

So, before the body can correct itself after discontinuing Valium use, there can be some severe withdrawal symptoms. These include severe anxiety, seizures, hallucinations, just to name a few.

Symptoms can continue for up to six months, or longer in some rare cases. The best way to avoid these symptoms? Never abuse Valium beyond a very occasional recreational high.

Valium works like a charm, but you’ll have to be careful. Don’t take to using it regularly, don’t use it with alcohol, and discontinue use if you notice any odd side effects.

This is a potent drug and should be treated with a great amount of respect for the possible ill-effects and the potential for addiction.