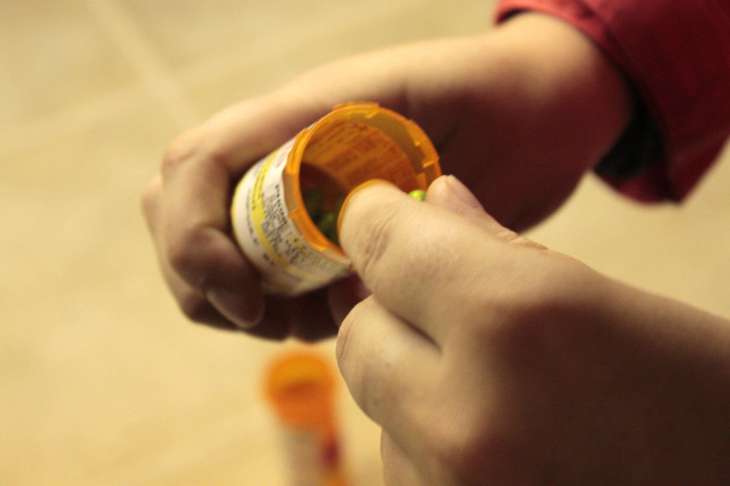 It’s a good thing the manufacturers of Vyvanse devised a name that rolls off the tongue.

Vyvanse is commonly used to treat ADHD and binge-eating disorder and at times has been compared to Adderall.

Vyvanse/Lisdexamfetamine, however, is thought to have advantages over other such drugs.

Unfortunately, Like many drugs of this variety, the recreational, and, consequently, abuse potential is very real.

Vyvanse first received approval for use in 2008 in the United States for the treatment of ADHD.

It has quickly become one of the most popular medications for ADHD treatment and clinical evidence seems to validate that popularity.

Vyvanse is an amphetamine stimulant that can help boost focus, promote wakefulness, and provide some limited cognitive benefits as well.

In the United States, it is a controlled substance, Schedule II, and requires a prescription to obtain in most cases.

Vyvanse is the household name for for Lisdexamfetamine, which is commonly abbreviated as LDX. Other brand names include Tyvense, Elcanse, and Venvanse.

Though commonly used to treat ADHD, researchers are constantly testing emergent uses for this drug, with some success.

In additional to it’s main use, Vyvanse has recently received approval for treating binge-eating disorder.

These are the only two approved uses, but as more studies are conducted, don’t be surprised if you start to see Vyvanse receive approval for other treatments.

For example, some wish to see if it might be an effective add-on therapy to combine with SSRIs and SNRIs to aid in depression.

Recreational Use Of Vyvanse

Off label, students commonly use Vyvanse to help gain a performance edge in completing their coursework.

The challenging classes demand long hours of study, and Vyvanse gives them the ability to stick with the often tedious assignments.

Getting High: Potential For Abuse

Though the risk of abuse and recreational use is lessened with Vyvanse (less of the drug is needed for daily consumption, and there is less need to augment its potency with other compounds) it is not non-existent:

“There has been some controversy about the potential for abuse and addiction in Vyvanse use. Treatment professionals see evidence of it while some studies disagree. The active ingredient in Vyvanse, however, is a** highly addictive stimulant (d-amphetamine).**”

“It is well established that moderate, chronic or severe short-term use of stimulants can lead to dependence.”

What I Learned About the Vyvanse High

So, clearly, Vyvanse has some stimulating effects on the body that could hold recreational potential. I decided to comb through firsthand reports to learn more about the Vyvanse high. Here’s what I learned.

For ADHD sufferers, Vyvanse may be bit of a wonderdrug:

“My doctor recommended Vyvanse. I was started out on a 30mg dose, which didn’t really do much after the first couple days. Just last week my dose was increased to 50mg. I have to say, I love this medication! It lasts all day, unlike the Adderall which I had to take a second dose in the late afternoon. It helps me focus like crazy, the first few times I took it were intense, but now I am starting to get used to it and it is has such a nice, steady, even effect.”

Vyvanse apparently has serious potential as a focus and study drug:

“Started Vyvanse approx. one year ago with intent to use it as a study aid. Literally the most effective shit ever. I took it in the AM on a day I needed to get work done. Essentially, I’d have the patience to sit in the library for 10 hours doing nothing but solid studying.”

It’s not a wonder drug, though. This same user noted that they would have to give themselves a rest, and sometimes found themselves experiencing some side effects:

“Also, I picked up on several side effects: talkative to the point where my friends would beg me to shut up, fingers/toes get cold, sweaty arm pits, euphoric ‘I have control/I’m on top of the world’ feeling, and anxiety regarding uncertainties or events (like upcoming tests/assignments).”

Another user corroborated the anxiety portion, saying that they too experienced it:

“Jesus I hate Vyvanse. The anxiety is this low grumble for 10+ hours. Additionally the come up gives me tremors like an alcoholic in the afternoon.”

In fact, it seems that in some cases, the anxiety can be pretty severe.

“I felt a strange, unfamiliar pang of confusion. I became increasingly disoriented. It was roughly 10pm by this time and the darkness began to alarm me.

Open eye visuals were prominent, ranging from patterns to flying insects. I had enough sense about me to know that these were figments of my imagination, but I was alarmed nonetheless. I began to hear distant voices and creaking from downstairs. I hid in my bathroom with the lights and fan on for what I thought to be ten minutes (but was really 2 hours). “

It sounded to me like Vyvanse could have real use for improving focus, but shouldn’t be overdone. I decided to go for it.

I picked a day where I knew I had a lot of work to get done. From what I had read, around 30 milligrams was a good dose to feel the effects without overdoing it, and so I took a few 10 milligram tablets and waited.

These were immediate release tablets, so the effects set in pretty quickly. As expected, I got a boost of energy and motivation and was ready to zero in on my tasks with extreme focus.

I had a few solid hours where I was flying through all my work and not getting distracted in the slightest.

It was quite effective for getting stuff done, and I didn’t experience the serious anxiety some users had reported.

This might be because I only took one dose and wasn’t using it consistently over a longer period.

What I also noticed is that compared to Ritalin or Adderal, Vyvanse seemed to provide a more consistent experience with less of a pronounced comedown.

Not what I’d recommend for a relaxation session, but the potential of the Vyvanse high shouldn’t be ignored, in my opinion.

Users of Vyvanse, as with most stimulants, noticeably “feel” the drug when it hits them. The normal response seems to be the intended effect of alertness and focus, though it can come with some side effects.

The feeling of anxiety seems to be a recurring theme and one that turns many users off to the drug, in spite of its potential to aid with focus-based tasks.

Side Effects and Symptoms of Abuse

The side effects associated with Vyvanse include nausea, vomiting, constipation, stomach pain, loss of appetite, and several others. In advanced cases, overusing Vyvanse can lead to serious complications:

“Misuse or abuse of amphetamines may cause serious (possibly fatal) heart and blood pressure problems. Amphetamine-type medications can be habit-forming. “

Abuse of Vyvanse can lead to some pretty severe withdrawal symptoms that are typical when it comes to amphetamine withdrawal.

Symptoms can include anxiety, mood changes, lucid dreams and more. Compared to most amphetamines, some have suggested that the withdrawal symptoms of Vyvance aren’t quite as bad compared to some other amphetamines.

As with most drugs, Vyvanse has both incredible potential and danger. Used as an occasional study or work aid, the Vyvanse high could be quite valuable.

Taken to the point of abuse, though, and it could cause serious and irrevocable problems, so be sure to handle this drug with care.

Just a side note- Vyvanse is not instant release, nor is it available in a tablet. It is only made in a capsule. The reason for it not being instant release is this:
The very structure of the drug prevents it from being so. Lisdexamphetamine was created when chemists bonded dextroamphetamine to L-lysine, an amino acid. This causes the drug to be completely useless if crushed and snorted. The dextroamphetamine molecule only becomes active once your body begins to digest the compound, breaking off the lysine and releasing the dextroamphetamine into your body. (Genius that they came up with this, as far as I’m concerned.) This significantly reduces the potential for abuse, as many people crush and snort other amphetamine medications. It also causes it to last much longer and be more of a “smooth” experience in comparison to instant release stimulant meds (which you had noted in your personal account). It does still have the potential for abuse when ingested, however.

Not trying to nit-pick your article, just trying to offer some additional information. As someone who takes it for ADHD, this med is truly a God-send!