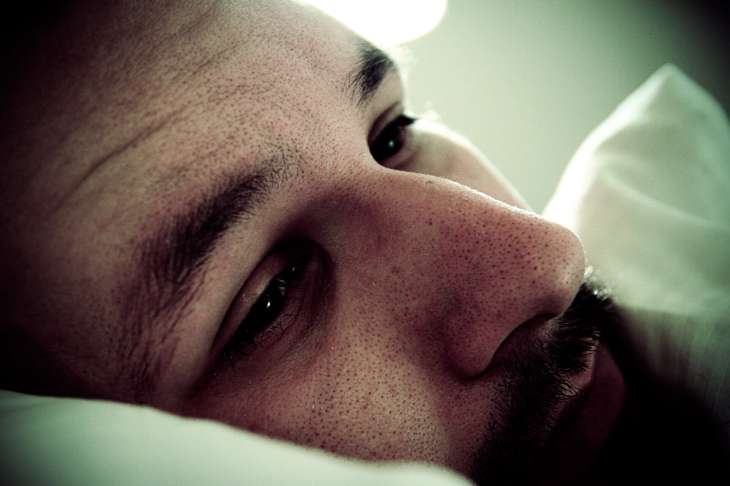 You know that feeling you get after finishing a big project at work or beating your own bench pressing record at the gym? That shear wave of joyous satisfaction that overtakes you? That’s dopamine flowing through your body.

Dopamine is a neurotransmitter produced in your brain which serves as a chemical messenger between your brain cells.

It plays an instrumental role in our pleasure and reward systems, affecting not only the id and the ego but also the part of our brain that regulates our ability to be productive.

Maybe you feel a constant sense of disappointment or confusion. Everything is depressing and nothing seems achievable.

Does this sound like your life? Are you down in the dumps and you don’t know why? If so, you could be suffering from dopamine deficiency.

Dopamine’s modulatory function is an inherent feature of all animals (including bipeds or humans).

There are several disorders that are related to dopamine deficiency, including dopamine transporter deficiency syndrome which affects one’s ability to move, and dopamine beta-hydroxylase deficiency, which inhibits the body’s ability to regulate body temperature and blood pressure.

But the average affliction is straight up dopamine deficiency which normally results in a range of mild to extreme symptoms.

The following are the most commonly reported symptoms associated with dopamine deficiency. If you are experiencing one or more of these symptoms, you may be suffering from low dopamine levels.

Low dopamine ADHD and anxiety is one of the most common problems that ail those with low dopamine levels. While high dopamine levels can also cause one to experience panic attacks and restlessness, dopamine deficiency seriously unnerves the afflicted and can lead to a range of stress disorders, making it nearly impossible to focus or relax around others.

It’s hard to perform well when you lack proper dopamine levels. If your work is suffering and your boss has called you out for underperforming, this may be due to insufficient dopamine. An inability to complete mentally demanding tasks and poor memory are two symptoms of a brain that’s deficient in dopamine.

Learning new things becomes a chore if you don’t have a sufficient amount of dopamine in your body. New things won’t make as much sense and confusion will set in. Excessive brain fog is not unheard of among those who have been diagnosed with low dopamine levels. An increase in dopamine promotes psychomotor vigilance and can diminish this confusion.

Persons with low dopamine levels are far less likely to be capable of creative thought than those with a sufficient amount of dopamine. A lack of dopamine density results in a lack of divergent thinking because the dopamine deficient person’s brain is not able to filter out thoughts as well as a healthy individual.

Dopamine is, in part, responsible for our emotional expression and helps us to feel. Without an adequate amount of dopamine, you may feel like all of the color and excitement has been drained out of your life. If you’re a Woody Allen fanatic, maybe you’ve heard the word “anhedonia” and thought, “That’s me. I’m an anhedoniac.”

Anhedonia refers to the inability to feel pleasure, but that definition can just as accurately describe the depersonalization which occurs as a consequence of low dopamine levels.

In fact, some dopamine deficient people even feel like their core personality has changed against their will. They experience their life from a third-person perspective. Support groups online have discussed this depersonalization at length.

Depression is something that runs rampant throughout the world. It affects 40 million adults in the US alone and it’s easy for doctors to throw prescription pills at the problem rather than delve deep into what may be responsible for said problem. Rather than get to the root of the cause, they write you a script for Cymbalta and send you off to talk therapy.

But it may surprise you to learn that depression is ordinarily treated with serotoninergic drugs while many afflicted with depression just need a good dopamine boost.

Dopamine aids us in the organization of our thoughts and enables us to logically sort through them. Many people who are diagnosed with conditions such as disorganized schizophrenia may have dramatically low levels of dopamine.

It may be hard for the dopamine deficient individual to get their mojo working or, in the very least, sustain interest in sex due to their impaired cognitive abilities. With poor concentration and confusion being key factors of low dopamine levels, it’s easy to see why it would be hard to read social cues or concentrate on the act of intercourse.

How to Know if Your Dopamine Levels Are Low

There are many ways to go about assessing your dopamine levels. One obvious method is to make an appointment to see your primary care physician so that they might run some tests or refer you to a specialist.

For those who prefer to go another route, there are other options as well which we will go into now.

There are neurotransmitter tests for order online and elsewhere. Neurotransmitter testing can ascertain whether there are any imbalances in your brain chemicals, whether it be dopamine, GABA, serotonin or norepinephrine (and so forth).

Integrative Psychiatry offers phone consultations for those who would like some helpful recommendations when it comes to selecting the test that’s right for you. They also have an informative video featuring NeuroScience’s Dr. Dave on their homepage.

Zrt Labs offers a ten-panel neurotransmitters home testing urine kit, but it is pretty pricey (anywhere from $250 to $357.99) and is the subject of some skepticism among the medical community. As neurologist Dr. David Perlmutter has said, “To assume that what is collected in the urine reflects what is in the brain – is a stretch.”

Other home testing kits include a saliva testing kit, but our readers are advised to consult with their physician before purchasing any of these high-priced items.

If you have decent insurance, it may be more worthwhile to get tested in-house rather than splurge on the convenience of testing from the comfort of home.

Compliments of Dr. Eric R. Braverman, MD, the test is a simple True or False questionnaire of sorts which calls into question things like whether you need caffeine to wake up, whether you have a good attention span and/or whether you crave illicit substances such as cocaine or ecstasy (MDMA).

Once you’ve answered Dr. Braverman’s twenty four questions, you click on a button and your results are generated. It’s a fast and easy way to get an idea as to whether or not you may be deficient in dopamine.

How Can I Increase My Dopamine Levels?

There is no shortage of ways in which you can boost your dopamine levels naturally.

Exercise, daily routine (establishing a streak or regimen to help you get organized), listening to music and discovering new things are but a few of the many methods by which you can increase your dopamine levels.

Stagnation is a killer and this applies to dopamine as much as to anything else related to your health. An inactive person is a lazy person, a depressed person, an overweight person and a person at risk of developing myriad health problems, both mental and physical.

You can also increase your Tyrosine by eating/drinking any of these Tyrosine-rich foods and/or drinks:

Here is a short list of some of my favorite nootropics that can help you boost your dopamine levels. They are (mostly) natural alternatives to prescription medications and all of them offer a series of health benefits for body and mind.

Aniracetam—A multi-faceted supplement from the racetam family, Aniracetam optimizes cortisol dopamine and serotonin release via cholinergic and glutamatergic mechanisms. By increasing extracellular levels of dopamine, Aniracetam it serves as a substantial cognitive and mood enhancer.

Ashwagandha—Ashwagandha is a natural MAO inhibitor that boosts serotonin and dopamine levels. It is used as an organic alternative to antidepressants and antianxiety medications as well as sleep aids. Dr. Josh Axe has also espoused ashwagandha for its adrenal and thyroid benefits, writing that this adaptogenic herb has shown “incredible results for lowering cortisol and balancing thyroid hormones.

CDP-Choline—CDP-Choline converts choline into choline and cytidine once it’s ingested. It increases both noradrenaline and dopamine levels. CDP-Choline has been used to treat everything from ADHD (Attention Deficit Hyperactivity Disorder) to anxiety and depression.

L-Tyrosine—For those of you who don’t eat meat or can’t stand bananas and nuts, L-Tyrosine can do the job just as well. This supplement is believed to be an indirect precursor to dopamine. Once ingested, it is converted into L-DOPA and subsequently converted into dopamine. Bulk L-Tyrosine powder is readily available from online vendors.

Magnesium—The average American suffers from Magnesium deficiency and evidence suggests that this deficiency can also result in a lack of dopamine. Blood and urine tests can be performed to determine whether or not you are deficient in Magnesium and the good news is, Magnesium supplements can be found virtually anywhere from a vitamin shop nearby or your local supermarket.

Magnolia Extract—A traditional folk medicine in China, Magnolia extract is a neuroprotective agent that has been in use for ages. It is effective at treating a variety of conditions and acts as a dopamine re-uptake inhibitor as well as a D5 receptor antagonist.

Phenibut—Phenibut is a natural derivative of the neurotransmitter gamma-aminobutyric acid (GABA) that stimulates dopamine receptors and acts as a potent anxiolytic (anti-anxiety) supplement. Phenibut supplementation can produce high moods and enhanced cognitive performance.

Rhodiola Rosea—Rhodiola increases the sensitivity of neurons including both serotonin and dopamine. It is commonly used to treat depression, anxiety and stress-related disorders. Clinical studies have found that Rhodiola has antioxidant, anticancer, anxiolytic and immune-enhancing properties.

Sulbutiamine—This one is known to increase D1 dopamine receptor concentration. It is a synthetic derivative of thiamine which help curb depression and enhance your mood.

Vinpocetine—A powerful neuroprotective nootropic, Vinpocetine increases the production of vital neurotransmitters and protects the brain against environmental toxins and more. It improves cerebral blood flow and oxygenation, and has been proven to be an effective vasodilator.

As we have seen, dopamine deficiency is a widespread problem, but it’s one that can be easily remedied if you follow the suggestions we’ve listed here.

If you go the nootropic route, be sure to stick to recommended doses and cycle your use to avoid any complications.