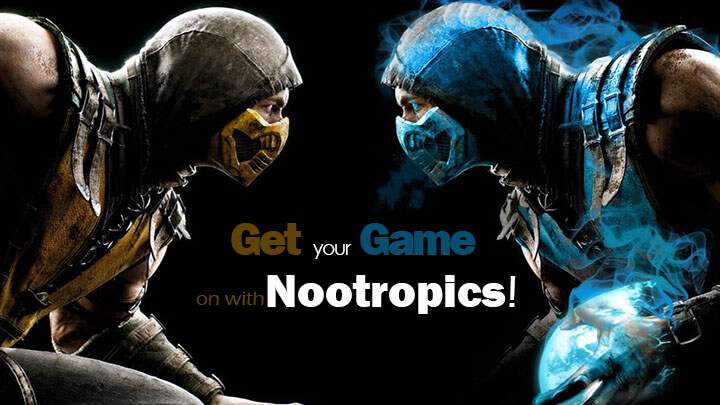 Best Ways To Improve Your Memory: Skills For Gamers

Did you know that Korea’s Lee Jae Dong has earned close to $520,000 by doing what he loves? Yes, you’re looking at one of the greatest StarCraft players of all time. At 25, “The Legend Killer” has already made a fortune by playing video games – at the highest level.

Gaming is big not just for Lee Jae Dong but also for people like us, even if we are mere weekend warriors. The thrill and excitement is so immense that when you are hooked on to it, you don’t want to leave your house for hours.

What else can match that awesome moment when you shoot your opponent down and beam with excitement like you’ve shot your worst enemy in real life? For a number of reasons, the gaming experience itself, even if only for a few hours, is a whole buffet of real-life experience for entertainment-hungry gamers.

That said, fun isn’t the only thing with gaming. Every single action, from dragon punching to shooting to fireball-ing, is directly linked to improving your brain power too. We’ll discuss that a bit later.

Read more: 16 Experts Explain How To Improve Memory With Nootropics

It can be said that gaming and memory are two good friends that complement each other in several ways.

The virtual gaming world is where even the quietest (and gentlest) of people in real life turn into the baddest guys on the planet and dominate their opponents – side kicking, stomping, knee-dropping, and eventually destroying them. The good news though is, if you are a regular gamer, you can actually dominate in real life too. That’s what recent studies have revealed!

Playing video games steers the neural communication in the brain, which is directly linked to vision, attention, and movement. In an experiment conducted among 20 gamers and non-gamers, it was concluded that the former had better cognitive abilities such as better visual selective attention, good control over thoughts, and enhanced memory than the latter.

Also, gamers were able to multi-task efficiently in activities such as writing a story and counting 1 to 200 backward. The reason? They used the ‘gaming approach’ in their real life situations too. Furthermore, there has been a whole series of studies suggesting that video games also helps improve the IQ levels of players. Actually, it does so by stimulating critical neurons and neurotransmitters in the brain that are related to problem-solving, reasoning and thinking. In turn, this amplifies the all-round thinking ability of a person.

As experts say, gaming is not just entertainment, but also a prescribed remedy for memory and mood. That’s a double bonus for the passionate gamers!

So, the next time if your friend says that you’re wasting your time on video games, you have something to clarify.

The relation between Nootropics and gaming is like the one between the Prince and the Princess in video games. The prince escapes dangerous caves, silent hills, kills the evil beast and saves his princess. Similarly, Nootropics fight a range of distractions, neuronal inactivity, and even aging factors and ultimately saves your brain.

Did you know that the gaming market amassed $3.6 billion in 2014? According to popular gaming companies, competitive online gaming is becoming as popular, exciting, and profitable as NFL and MLB itself.

Twitch, a leading online gaming company, witnessed 27 million people tuning in to watch a single video game tournament, and this is a solid testament to the fact that online gaming could become the future of professional sports. As Kevin Lin, CEO of Twitch puts it, “The big events are already bigger than the biggest events in sports”.

With so many gaming competitions being conducted and hefty cash prizes up for grabs, as much as $1.42m in a single tournament, a large number of youngsters are taking up e-sports as their full-time profession. Games like Dota 2, StarCraft II, League of legends, Counter-Strike, Hearthstone: Heroes of WarCraft, WarCraft III, Halo, and MineCraft – winning in these fat-cash games requires you need to have two things in common – focus and concentration. That’s what Nootropics give you.

If you are searching for the best natural nootropics for video games, check out Aniracetam. This one is a totally powerful smart drug for those who crave for laser-sharp focus and elephant-like memory for gaming as well as a range of other brain-related activities. To put it in gaming language, an optimal dosage of Aniracetam on a regular basis is similar to sharpening your memory like Frostmourne, which was sharpened under the hammer of the best blacksmiths of Theramore Isle.

By working on various neurons and neurotransmitters in your brain, this drug lets you slip into the artificial intelligence mode as you prepare to take on the evil characters in the artificial gaming world.

Some of the key benefits of Aniracetam include:

You can buy Aniracetam online for pretty cheap too. Here’s where I get mine.

For a professional gamer, it’s either winning $20,000+ or getting defeated in the first round. It’s all about mental strength and gaming skills. If a natural brain supplement like Aniracetam can give you that, why not give it a shot?

Where to buy Aniracetam

Where To Buy Aniracetam (Locally and Online)

Aniracetam vs other products

Aniracetam: The Best Nootropic For Creativity?