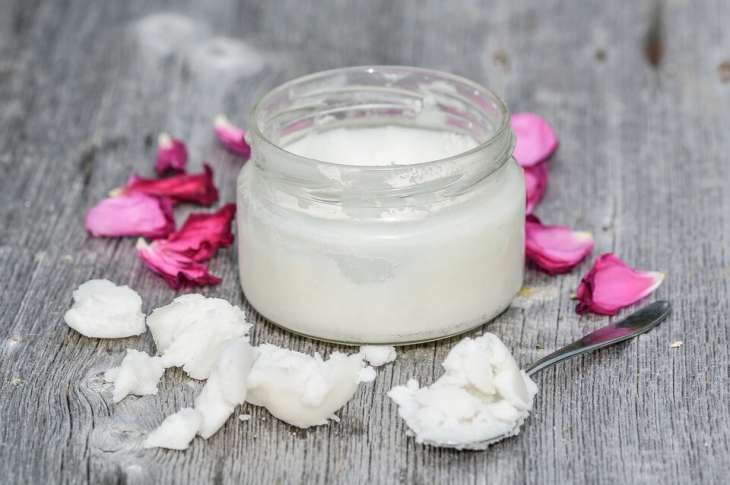 Anyone with an interest in health and fitness has likely heard the internet buzz surrounding MCT oil and coconut oil.

Bloggers and fitness experts praise these supplements for their ability to help you lose weight, increase focus, and even improve skin health, but not everyone understands the difference between the two.

Below, we’ll look at the differences between MCT oil and coconut oil, as well as examine the benefits of each.

What is MCT Oil?

“MCT” stands for “medium chain triglycerides.” These are fatty acids with a medium-length chain of molecules.

This type of fatty acid works differently than long-chain triglycerides (LCT) do. These fatty acids are used quickly by the body for energy, and they do not readily convert to fat. MCT oil can be used to increase energy levels, support focus, improve brain health, and help with weight loss.

Because it must move through the liver before being used for energy, it is a less efficient energy source than the other three MCTs.

In general, fatty acids with longer chains are used for energy more slowly. Because the different MCTs have slightly different chain lengths, they are metabolized over time, giving you a sustained release of energy.

What is Coconut Oil?

Recently, coconut oil has become extremely popular with people using it for many different things such as treating skin disorders to whitening their teeth.

Coconut oil is an extract made from the meat of a coconut. It is rich in MCTs, making it another popular choice among those who want to have more mental and physical energy and otherwise improve their health.

However, it is important to note that approximately half of the fatty acid content of coconut oil is made of lauric acid, the most slowly-metabolized MCT.

Does MCT Oil Have More Benefits?

Coconut oil and MCT oil each have their devotees in the health-minded community, and for good reason – both of these supplements can be beneficial for brain health and physical health.

There are some that say MCT oil is better and you shouldn’t take coconut oil while others will say the same thing about MCT oil. Let’s see how they stack up to each other.

Both coconut oil and MCT oil have shown promise in warding off Alzheimer’s and other neurodegenerative diseases.

When MCT oils are digested, the body produces ketones, which may be able to provide the brain the energy it needs to repair itself. This effect may be able to slow or even prevent the progression of neurodegenerative diseases like Alzheimer’s.

Some experts believe that coconut oil, and specifically virgin coconut oil, is actually more effective at treating brain issues than MCT oil is.

However, more research is needed to determine which of these treatments is the better one. Though, it is certain that both of these naturally occurring oils have a positive effect on our brains.

Since MCT oil and coconut oil have shown to have an impact on cognitive abilities. They have often been referred to as having nootropic-like benefits.

Nootropics are smart drugs or other mental enhancers like supplements that can improve memory, focus, or any other cognitive function. Those who take other nootropic supplements will sometimes add MCT oil or coconut oil to increase the effectiveness of their nootropic stack.

Both MCT oil and coconut oil have been used for weight loss, since both contain medium chain triglycerides. Some of the current body of research suggests that MCT oil increases insulin sensitivity.

MCTs also can make it easier for those who take it to reach a ketogenic state (ketosis), which is a state in which the body burns more fat for energy. This is why MCT oil is often taken in conjunction with a ketogenic diet.

Contrary to popular belief fat isn’t actually as bad as the public makes it out to be. You see, MCT oil and coconut oil are both oils, which means that they are 100% fat.

But just because they are made out of fat doesn’t mean that you will gain weight by consuming it. Fat is actually an amazing energy source for your brain and is processed differently than sugar or carbohydrates.

With that said, all fats are not the same. The kinds of fats that you want in your diet are those containing medium chain triglycerides. The same kind that is found in MCT oil and coconut oil.

While coconut oil will supply you with some MCTs, recall that it is approximately 50% lauric acid. While lauric acid is an MCT, it behaves more like a longer chain triglyceride, and LCTs are significantly less effective than MCTs.

Although medium-chain triglycerides have only recently become a must-have item for people interested in maximizing health and productivity, research supporting their ability to increase energy has been around for decades.

In 1997, research published by the American Society for Nutrition Services found that the body can convert MCT oil to energy in three steps.

By contrast, converting table sugar to energy takes 26 steps. Because sugar has so many steps for it to be converted into energy it will often be stored as fat instead.

Thus, MCT oil is a very efficient source of energy that is also unlikely to be converted to fat. Again, coconut oil is a good source of MCTs, but those looking for a more concentrated dose of MCTs may be better off finding a quality MCT oil supplement.

So is MCT Oil Always Better?

As illustrated above, MCT oil tends to be a more concentrated source of quality MCTs, while coconut oil contains a larger concentration of lauric acid.

While it’s true that lauric acid is not nearly as beneficial for energy and some of the other health benefits of MCT oil, it does have some additional health benefits.

For instance, coconut oil has been shown to have antimicrobial, antifungal, and anti-inflammatory properties, so it is still generally a beneficial addition to your diet. It is also possible to get MCTs naturally in your diet by consuming other foods rich in them, including the following:

If you are thinking about trying out either MCT oil or coconut oil you should always purchase a trusted brand made with the highest quality ingredients.

This will ensure that you get the most out of these oils. Also, make sure they contain no GMOs, binders, fillers, or anything else that shouldn’t be there. I get mine here in powder form.

In short, while MCT oil is the most efficient way to ensure you get the right balance of MCTs, coconut oil and other dietary sources also offer distinct benefits.

For those looking to maximize health, energy, and wellness, a combination of MCT oil and coconut oil can be an excellent way to reap the extensive health benefits of these supplements.

You actually mentioned this superbly!