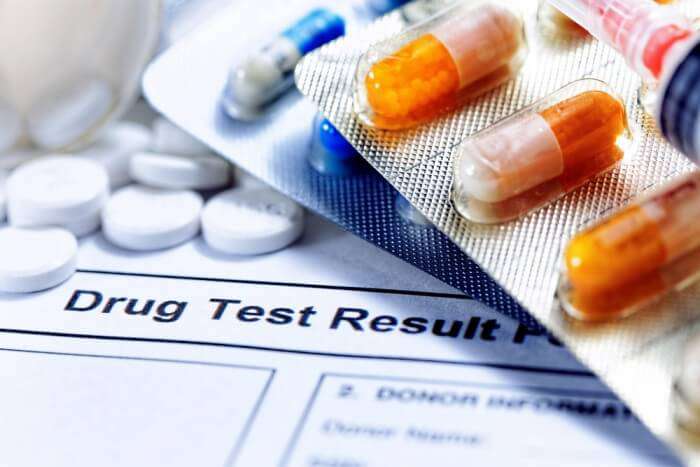 If you must take a drug test, it’s vital you avoid the risk of a positive result.

Positive results are possible even if you’ve never taken an illegal drug. Certain substances contained in prescription medications and even supplements can trigger a positive result.

That’s why it’s so important to know exactly what you’re putting into your body.

So where does Alpha Brain stand in all of this? Does the popular nootropic stack contain any ingredients that are banned or will otherwise show up on a drug test?

As an avid fan of Alpha Brain, I was very interested in the answer. I don’t want to risk taking a supplement that causes a positive result on a drug test if I ever need to take one.

Here’s what I found out about an Alpha Brain drug test.

I started my hunt for an answer by researching Alpha Brain’s benefits, ingredients, and how it works.

The benefits of Alpha Brain are impressive. Taken by themselves, they don’t necessarily make you feel comfortable you’ll pass a drug test.

The reason for this is that they’re so similar to Adderall, a prescription medication that often does show up on drug tests.

Both Alpha Brain and Adderall improve your concentration, memory, and mood. They also both give you a big boost of energy.

Taking a closer look at the ingredient list, I found that Alpha Brain contains:

These ingredients are what give Alpha Brain its nootropic benefits to enhance your cognitive functions.

The mental benefits of Alpha-GPC include overall improvements of cognitive function, as well as delaying cognitive decline.

The physical benefits of Alpha-GPC are an increase in the growth hormone, leading to enhanced overall athletic performance.

Another impressive ingredient is L-theanine. Well known to reduce anxiety, L-theanine has a dual purpose. It opens up the brain-blood barrier so that the other ingredients in Alpha Brain can flow through more easily.

Memory-enhancing nootropics are relatively new to the supplement scene.

Though they’ve been around since the early 1970s, it’s only in the last decade or so that they’ve truly exploded in popularity.

Since they’re still so new, they haven’t been investigated or researched as thoroughly as supplements that have been around for the long haul.

What I’m trying to say is that it’s wise to be cautious with Alpha Brain and other nootropics, despite what the FDA says.

So, what does the FDA say? The simple answer is that the FDA considers all of the ingredients in Alpha Brain as completely safe.

The gray area stems from the fact that the ingredients in Alpha Brain aren’t ingested one by one. They’re ingested all at once in a single capsule. This causes them to react with each other and cause synergy.

Basically, the FDA doesn’t test or recognize any nootropic supplement, although every individual ingredient used in Alpha Brain is considered safe.

I always feel more comfortable when I know a supplement has been clinically studied when it comes to drug tests.

Fortunately, Alpha Brain has a long history of clinical studies. A 2015 Boston University study, in particular, proved the nootropic’s cognitive benefits while also verifying its safety.

Clinical studies have established all of Alpha Brain’s benefits as fact. These include the claims of enhances memory, focused, and mental processing speed.

Clinical testing has also shown that Alpha Brain is safe. It’s helped establish that the vast majority of users experience no side effects after taking the supplement.

So Will Alpha Brain Pass a Drug Test?

Now I get to the question you’ve all been waiting for – will Alpha Brain pass a drug test?

The simple answer is, yes, Alpha Brain will pass a drug test. This answer is backed up by Onnit Labs, the company that produces Alpha Brain.

On the FAQ section of their website, under the “Quality and Safety” section, Onnit Labs states:

“All Onnit products are manufactured in an FDA certified laboratory and contain no ingredients that would show up on any published banned substances list or drug test worldwide.”

Onnit Labs goes on to claim that:

“We have several products – including Alpha Brain – tested by the Banned Substances Control Group and verified as clean for competition.”

Hearing that straight from the horse’s mouth is a huge reassurance. Especially because Onnit Labs is such a reputable company.

Another cause for reassurance is that dozens of top athletes use Alpha Brain as a training and performance supplement.

These athletes compete in professional sports and even Olympic events where drug testing is taken incredibly seriously.

If they can pass these rigorous drug tests while taking Alpha Brain, it’s safe to assume you’ll also pass any drug test that comes your way.

Onnit Labs backs this up by stating:

“We are proud of our Olympic and professional athletes, as well as our everyday customer that is subjected to drug tests and would do nothing to jeopardize anyone’s professional career.”

The verdict is in – there’s a very slim chance Alpha Brain will show up on a drug test.

Olympic and professional athletes can take the supplement with no negative consequences, so you can feel safe passing any drug test after taking Alpha Brain.

Of course, there’s no harm in being completely safe. Talk to your doctor if you still have concerns over whether Alpha Brain or any other supplement you’re taking will show up on a drug test.

What’s your opinion on this all? Have you taken a drug test while taking Alpha Brain? Did it affect your results? Let me know in the comments below!

I find this supplement interesting! However, I am taking Bacopa as a supplement already and had to take a drug test this morning. It was a passing result but the Amphetemine line was barely visable on the test and the tester was questioning me regarding it. The Bacopa is the only supplement I am taking and this is the first drug test since I started taking it. Unsure if there is any correlation at this point because some tests are faulty and lines for substances can often come up faint for substances on the tester it just rarely happens with me.
Anyways, i would more information regarding this Alpha Brain stuff. Seems like it could be a good alternative to my having to go back on Adderall prior to starti g college in the fall. Im trying to avoid narcotics if at all possible as I am an addict in long term recovery. Thanks for your time!