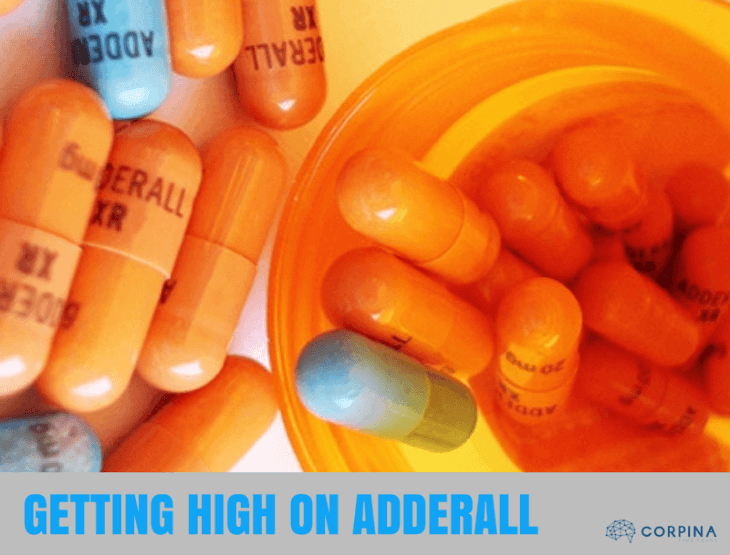 Adderall is one of the most frequently prescribed medications in the United States.

Nearly 5 million Americans take the drug legally with a prescription, according to Citizens Commission on Human Rights.

Drugs.com goes on to state that the vast majority of those people are taking Adderall to treat attention deficit hyperactivity disorder (ADHD). A small percentage are prescribed the drug to treat narcolepsy or depression.

Yet Adderall isn’t without its risks. Indeed, it ranks high among the prescription medications with the highest risk of abuse.

That’s why it’s so important to be wary of abuse and dependency to avoid addiction when seeking an Adderall high. Here’s what you need to know about taking the drug recreationally.

Recreational Use of Adderall

This classification means that while Adderall is legal with the proper prescription, it also has a very high potential for abuse. Additionally, abuse of the drug may lead to severe psychological or physical dependence.

Generation Adderall, an October 2016 article in The New York Times Magazine, thoroughly outlines the highs and lows of recreational Adderall use.

The article describes how many young people begin using the prescription stimulant to aid studying and homework in high school or college. Many of these same users continue to use the drug while beginning their careers and beyond.

Because of the vast prevalence of Adderall prescriptions, the drug is easy to find, even if you don’t have a prescription yourself.

Many of those with a prescription are given far more than they need for themselves and sell the extra Adderall pills for extra money.

The prevalence of prescriptions has allowed a lucrative Adderall black market to flourish.

In addition to obtaining the drug this way, many people are able to obtain prescriptions of their own, since ADHD is a difficult disorder for doctors to diagnose.

The Adderall High, According to Erowid

The Vaults of Erowid contain numerous first-hand accounts from users that have experienced the Adderall high.

“The entire time I felt almost beyond euphoric…There was an extremely blissful feeling as I began to drift back into thought.”

The user then describes attending class and working on an assignment under the influence of Adderall:

“I was soaking up information like a sponge, yet was still very talkative” and “I still retained the happy, almost invincible feeling that I had earlier.”

The majority of users seem to agree that Adderall creates a “everything feels right with the world” feeling. Most users also noted an increased ability to focus on projects and tasks.

My Journey with Adderall

I have minimal experience with Adderall, taking it once or twice during college. Being so long since ago, I wanted a fresh view of the high.

I started by swallowing a 20mg dose. Within a half hour, a sense of happiness washed over by body. The world seemed to fall away with only myself left.

The “kick” from the pills made me feel focused, alert, and aware. I had a lot of cleaning to do around the house and immediately started on it, not thinking of much else.

At some point, I swallowed another 20mg dose. The euphoric feeling was still there along with increased focus and clarity. It felt like I could do anything.

The only negative aspects were difficulty sleeping that night. I also felt sluggish and slightly depressed upon “waking up” in the morning.

Let’s Step Back. What the Heck is Adderall?

Adderall is made up of a combination of amphetamine and dextroamphetamine.

Both of these act as stimulants to the central nervous system. They enhance the natural chemicals in the brain to reduce hyperactivity as well as impulse control.

Adderall is available in several forms. The most common is as an extended release capsule (Adderall XR). The drug is also available in a short-release form.

Take Adderall exactly as prescribed by your doctor for the best results if you’re taking it to combat ADHD or narcolepsy.

In addition to normal changes from person to person, these differences largely result from the dose you take and your tolerance.

The effects outlined above, happiness and increased focus, occur in almost all recreational users to some degree.

Those with a prescription taking the prescribed dose for ADHD will mostly notice an increased ability to focus.

Adventurous users often use Adderall to get high alongside other OTC drugs, including alcohol, caffeine, and marijuana.

What is Adderall Good for?

Adderall has proven very effective for treating ADHD and narcolepsy. It’s also effective at treating depression, under the right circumstances.

As a stimulant, the most noticeable benefit of Adderall is increased energy and focus. It helps make otherwise boring tasks more enticing. You become distracted less easily.

Use Adderall exactly as your prescription outlines if using the drug to treat ADHD or narcolepsy for the best benefits.

Consequences of Adderall Use

According to DrugAbuse.com, the short-term side effects of Adderall include loss of appetite, difficulty sleeping, and irritability.

Adderall also has an extremely high risk for abuse. The body quickly becomes dependent upon the drug and withdrawal symptoms (notably depression and fatigue) set in if use is halted.

Though fatalities from using Adderall alone are rare, sudden cardiac death has been known to occur infrequently.

The Adderall high is extremely pleasant.

It feels so good while you do it and so bad during the comedown, that you should proceed with utmost caution to ensure that occasional recreational use of Adderall doesn’t lead to full-blown dependency. Adderall tolerance sucks, trust me you don’t want to get there.

If you’ve become dependent on Adderall (mentally or physically), use one of these natural alternatives to taper off slowly.

Pregablin is the best thing that’s ever happened to me. I’m a combat vet – I suffer from PTSD, GAD, & Depression – I’ve tried so many different medications and currently on a combo of Prozac and Pregablin (PG). The antidepressant works wonders and the PG makes life liveable. Like I actually want to go do things and be with people now that I’m not terrified everyday and in fight or flight literally all the time. My feet would get cold – my hands would start to sweat – and my heart would pound in my throat – NO MORE. 150 MGS does the trick and I’ll gladly stay there as long as possible.

I like your article and your way of describing things very well.Thanks for offering this helpful knowledge to us…

Oxycodone is a prescription remedy that is used to assist relieve mild to intense pain.It works inside the mind to alternate how your frame feels and responds to pain.