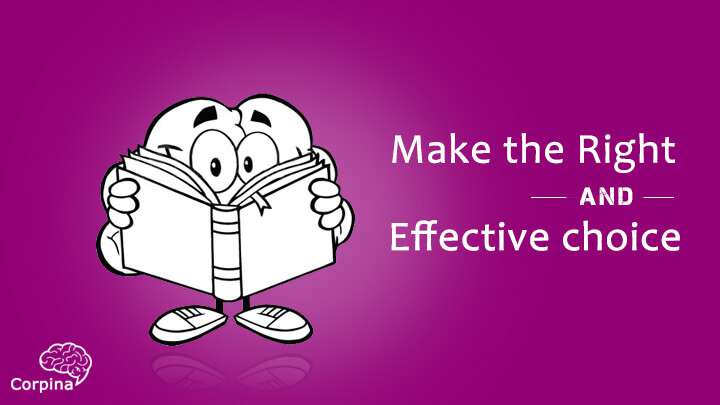 It was a Fight Night of the boxing variety.

In the red corner, the champion, sweat glistening over every exposed bit of skin, determined eyes and a clenching jaw trying to get comfortable with the mouthpiece.

While in the blue corner, the challenger, young, muscles stretching and flexing with his every movement, steely look on his face following the champs’ every move.

I love boxing as a competition between two equals. It brings out their best qualities.

Take the two most popular nootropic drugs on the market today, Provigil and Adderall. They’ve been at it for a long time and in the process have built up a huge fan following for each other.

That said, which is actually the safer bet?

You ought to care about the things you put into your body. If you are a power user, tiny improvements matter to you and you also need to be sure it is safe as well.

You need to be thinking about the long-term benefits for your body that these drugs can provide.

Provigil vs. Adderall: What’s the difference?

Given that they are a bit similar, are there actually differences to how they function? Short answer, yes there are differences.

Provigil is the commercial moniker of Modafinil, a portmanteau of the words ‘pro’ and ‘vigil’. Modafinil has found off-label use as a nootropic drugs with people.

Adderall has also been around for quite a while and has similar properties as Modafinil.

Let’s break it down a bit so it’s easier to understand.

It’s a drug formulated in the lab and approved for treatment of Narcolepsy and shift sleep disorder. It has off-label use as a brain stimulant and is used by people for tangible benefits related to productivity and focus.

This works by altering the chemical found in the brain that basically affects cognition. This means increasing the amount of dopamine, histamine, other monoamines, and stimulate other receptors to get the users into the ‘zone’.

Adderall is a psychostimulant drug made up of a variety amphetamine salts which are geared to treat people with attention-deficit/hyperactivity disorder (ADHD).

Generally considered as the go-to option to treat ADHD, Adderall is more recently seeing use for its nootropic-like properties, helping people get an extra boost to their mental faculties.

Adderall increases the dopamine and norepinephrine by inhibiting their reuptake. Meaning, it makes it so less of the chemicals are absorbed quickly giving you more benefit.

Which is safer: Abuse Potential

Let me start off by saying that all drugs are prone to be abused and there are very good reasons for establishing control over their supply. But a few drugs are inherently more addictive than others.

Having said that, it is not so strictly regulated in certain countries from where you can buy it and get it shipped.

When you talk about abuse, Adderall is found to have significantly more abusive potential than Provigil. This is especially prevalent on college campuses.

Sometimes starting with peer pressure, it continues because of addiction. This is because it contains amphetamine salts which have a tendency to build up tolerance in the body, prompting the individual to take larger doses. If not taken in a controlled environment, there is a higher risk of overdose than with Provigil.

While Provigil is also being abused, it does not have that much of an addictive nature as when compared to Adderall.

Cost: Which is more expensive?

There are several options to consider when you need to buy these for use. One factor is if you want immediate release or extended-release and another would be name vs no-name brand.

The costs for both these drugs are generally close to the same, but with Adderall being slightly less expensive than Provigil.

You would be looking to spend anywhere from 50 to 500 dollars a month depending on your choices. I actually went with a no-name brand for my needs and found just slightly less effective than its counterpart.

You can get whatever suits your budget and needs.

Provigil has only 2 options, 100 mg and 200 mg. Both last about 10 hours on an average depending on your physiology and mental abilities.

Efficacy: Which drug is more effective?

There is no clear-cut answer to this as both of them go about their business in completely different ways.

They have both been FDA approved for their respective prescribed uses.

Some people with a background of ADHD might respond better to Provigil while others might find Adderall XR better for keeping awake due to lack of sleep.

Which drug is better — Provigil or Adderall?

Well, there is no better drug here. It’s a hard fought stalemate. Both have verified nootropic qualities and have a lot of support from people who use it.

There are certain situations where Adderall comes out on top and certain places where Provigil scores. And most of these situations are mutually exclusive.

For instance, since Adderall releases a higher amount of dopamine than Provigil, certain people are advised against using it. These users should turn to Provigil for their nootropic needs.

Some people feel that Provigil offers a more rounded experience than Adderall; claims like these can never be proven.

So ultimately, you can choose whatever you feel gives the best results for you.

Some people want as many benefits as possible or perhaps are power users looking for the last bit of gain to their mental faculties. There are many cases of people wanting to get the best out of both drugs.

Although it sees very little gain mentally, few reports have started to arrive on the scene that combining both can give you good effects.

I would be very careful creating a stack out of them since both of them are very powerful nootropic agents. My suggestion would be to go with whatever you feel your body can handle. If you feel the need to experiment, I will outline some suggestions below.

Some people feel that Modafinil acts like hyper-coffee and is best if you take it to start off your day. You can augment its effects with a dose of Adderall during mid-day when you start to feel mentally exhausted.

That said, the optimal add-on dose would be about a half off your regular dose when you have it along with Modafinil.

I’ve tried to give you a comparative study between these 2 hard hitters in the nootropics world. And as expected, it was a draw and neither yielded an inch.

The best thing you can do is consult a doctor to find out more about what drugs are effective and dosages that are safe for you.

I’m sorry but unless you’re an airline pilot who doesn’t have adhd Provigil freaking sucks. Did for me anyhow. Ive never used crack cocaine but I felt like I imagine an addict coming off too much would feel when they are cracked out. I felt the zombie effect as if I had come down off of too much Adderall or even meth – brain farts and couldn’t wake up on time or hear the alarm so I lost my job at the time at the hotel I worked at.

To be fair though I had been taking Adderall for nearly 10 years so to switch to provigil was not exactly a smooth transition. If I had to do it over again I would have kept taking the Adderall anyway and let them think I was on provigil lol