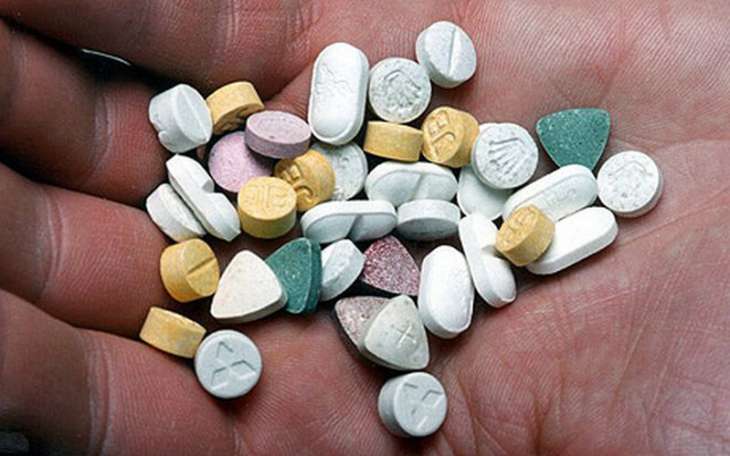 Everyone’s got a little curiosity about what it would be like to combine certain nootropics with other psychoactive substances, and MDMA is no exception.

Noopept is an effective over the counter nootropic which improves learning and memory while reducing anxiety and repairing some forms of brain damage.

Given that Noopept is often used as a social lubricant along with other nootropics, it’s no surprise why the combination of Noopept and the ultimate social drug, MDMA, is a topic of interest.

For those who don’t know, MDMA is the very illegal party drug known as ecstasy or more recently, molly.

MDMA is known for inducing a psychedelic love of the universe and a desire to attend a rave. MDMA is well known for leaving your brain burnt to a crisp the day after use, though it doesn’t cause actual damage if it’s pure.

I’m not exactly sure what combining Noopept and MDMA would lead to, but in this article, I’ll examine each chemical in isolation and speculate about what might happen if they were combined. Do not try this at home.

Noopept has quite similar effects to the venerable racetam class of nootropics, and has been directly compared in some different studies—this will be important later in my analysis, so nota bene.

Noopept is remarkable for its ability to stimulate the brain’s self-repair systems and has been the subject of many promising studies on Alzheimer’s treatments.

Noopept’s mechanism of action is similar to the racetams and upregulates some transcription factors that regulate memory formation. Metabolically, Noopept is absorbed within 30 minutes and mostly cleared in another 90.

There is also likely a relationship between Noopept use and norepinephrine release, although it hasn’t been specifically studied yet.

Noopept is neuroprotective and prevents negative emotional imprinting when co-administered with trauma in rats.

Noopept also has few side effects, and the side effects that it does have are dose dependent and transient. In short, if someone were going to combine Noopept with MDMA, they’d be banking on it to be a quiet passenger that could reduce MDMA’s hangover.

MDMA is primarily used in partying, though it sees increasing use in controlled clinical environments, where it has seen success in treating PTSD and TBI-induced aggression.

There’s some debate over whether MDMA is a nootropic in addition to being an empathogen, but the issue is far from settled.

What is settled is that MDMA drastically alters the subjective experience of whoever takes it—even in small doses.

MDMA isn’t subtle in its effects or its mechanism of action. MDMA changes the entire neurochemical gestalt of the brain, causing the release of serotonin, dopamine, and norepinephrine. It’s also probable that MDMA blocks some inhibitory NMDA activity.

You’ll be awake for far longer than you’d like, and too happy to dwell on it much. Stimulation is a foregone conclusion while on MDMA, and its effects tend to last around twelve hours.

Combinations and Words of Caution

People frequently combine MDMA with other recreational drugs, but that doesn’t mean it’s good for your brain to do so.

What’s important is that there are precedents for MDMA combinations with a few general classes of chemicals.

The most common substance that gets combined with MDMA is alcohol, which is useless for our purposes here. Even combinations of MDMA and amphetamine don’t help our analysis much because Noopept doesn’t work on the dopaminergic system, nor is it stimulating for the body in the way that amphetamines are.

If we can’t find an example of a similar combination that is beneficial or neutral, perhaps we can determine whether Noopept and MDMA are a combination to avoid.

MAO inhibitor drugs are dangerous to take with MDMA, but Noopept has no known MAO inhibiting activity, so there shouldn’t be an issue.

I haven’t come across any other pieces of information which indicate that Noopept and MDMA would be dangerous to combine, nor have I encountered any evidence that the combination is safe—save one diamond in the rough.

There’s a brave individual who has dared to combine piracetam with MDMA, and he lived to tell the tale.

The racetams are structurally like Noopept, share very similar effects, and some sources don’t recognize a difference between the two.

It’s not 100% rigorous to say that if one racetam is safe to combine with MDMA that all racetams are, but it’s as close to a positive signal that we’ll be able to get until someone writes another trip report.

I’m not sure what would convince someone to combine these two chemicals, but it appears there weren’t any negative long-term effects on that one data point. Replicating that experiment will be just as hazardous as the original.

Will Everything Go Better than Expected?

From the evidence that we’ve seen here, I assume that taking Noopept and MDMA together is a hyper-focused and ecstatic stress-free amusement park ride. I’d expect to retain a clear mind and potentially avoid the MDMA hangover somewhat.

It’s unclear whether the subjective effects of MDMA would be altered by co-administration with Noopept or vice versa, and it’s impossible to speculate intelligently on the topic.

The only real way to learn what it’s like is to try it yourself and hope for the best.

I would strongly encourage anyone thinking about attempting this combination to think twice before proceeding.

There’s no guarantee that the neuroprotective and neuroreparative features of Noopept will ameliorate the stress that MDMA places on the brain, nor is there a guarantee that either will retain their effectiveness.

I doubt that this combination will be studied in the future, so amateur experiments are all we can expect. If you’re thinking about attempting MDMA at the same time as Noopept, do us a favor and document it.