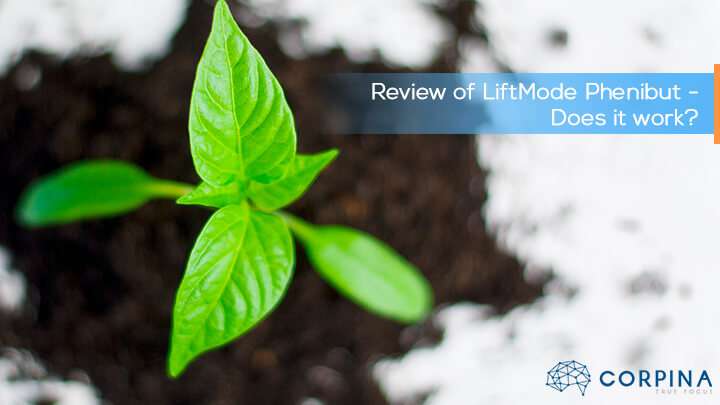 When it comes to drugs that deal with stress and anxiety, there are plenty of them out there.

With the advent of modern society, “stress” levels have risen to the point where people are often diagnosed with disorders – which in turn drives a whole market of pharmaceuticals including such names as Valium, Xanax, and Ativan.

While these substances certainly work to serve their purpose, they come with a number of drawbacks.

They’re mostly all illegal without a prescription, which not only means that they have the potential to perpetuate crime, but they aren’t as readily accessible to people who can’t get a script but still have the need for them on occasion.

Everyone has days when they really need to de-stress, but since they aren’t diagnosed with a disorder, they can’t get anything to help them out. The other problem with typical anti-anxiety meds is that they tend to cause drowsiness or some other deficit to cognition.

This is a huge problem for people working in intellectually-busy subjects, where a lot of focus is required.

Fortunately, there is an uncommonly known substance that can greatly calm a person down without mental detriment. It is called Phenibut, and it is one heck of an interesting chemical.

It’s unlikely you’ve heard of Phenibut unless you’re an intermediate in nootropics, or a supplementation geek (many of whom are athletes or bodybuilders).

It’s official full name is β-Phenyl-γ-aminobutyric acid, and it is chemically a phenyl derivative of the neurotransmitter GABA, which inhibits excessive activity in the brain.

GABA acts to alleviate anxiety and feelings of stress, which are apparent in the brain as excitation of neurons. However, it can’t be supplemented normally because it cannot cross the blood-brain barrier. The phenyl ring in Phenibut is what allows it to enter the brain and get metabolized into GABA internally.

Phenibut’s mechanism of action is thusly straightforward, basically allowing the transportation of GABA across the blood-brain barrier.

Its simplicity allows it to be produced relatively inexpensively, and its legality allows all sorts of people to try it and use it for their anxiety. The standard kit of a Russian Cosmonaut includes Phenibut, so that the stress during space missions can be dealt with without inhibiting performance.

It typically appears in a white powder form, and can be bought online from various sources. Amazon is always a great place to start, but there are also dedicated supplements sites such as Liftmode.com (I have a 10% discount code: corpina10).

A while ago I learned about Liftmode, a bulk powder supplier run by an MBA and chemical engineering student based near Chicago, Illinois.

Since I had a $20 discount off of the $26 price tag for 100 grams, I decided to tame my curiosity and give their Phenibut product a shot.

It came in a resealable plastic container with an attractive looking orange label, plus a certificate of analysis allegedly verifying its purity of over 99%.

I took 500mg of the white crystalline powder I found inside – as directed – with the included measuring scoop. It’s not as accurate to use a scoop to measure rather than a scale. However, it sure is convenient to have if you don’t own a scale.

What’s nice about the phenibut powder is that it’s not sticky; it pours easily into the empty gelatin capsules that I take it with. Plus, it doesn’t leave a dry white residue wherever it touches.

So far I was impressed, because it was easily prepared. The actual substance itself is fairly dense. The 100-gram container I purchased was small but comparatively heavy.

Studies have shown that Phenibut is a very strong substance that is comparable to some of the leading anti-anxiety pills out there. Therefore, I was cautious in making sure my next day could tolerate me being less functional than usual. I took the 500mg capsule I prepared and expected to not feel any effects for two hours.

It took about an hour and a half before I noticed anything, but I DID NOTICE effects very clearly. I could feel my constant mild anxiety slowly fade away, giving me a sort of numb but not necessarily negative feeling.

I could ponder thoughts that would normally get my heart racing and mind fearful, but the Phenibut stopped me from actually feeling the anxiety. It got stronger until about three hours in, when I noticed I had a slight “buzzed” feeling.

I couldn’t walk completely steadily, but I didn’t really care because it felt just so wonderful not to be feeling anxious. I was relaxed, calm, and I could still think pretty well. My cognition wasn’t significantly affected, but I did have a sort of “weird” feeling.

The reduction in anxiety lasted a surprisingly long time, about an entire day after the dose!  Perhaps I am sensitive to this compound, or that the purity of this product is superior to others.

If you want to learn more about Phenibut, you should really check out this article I wrote.

While this wasn’t the first time I’ve ordered a product from Liftmode (I first got their 5-HTP and Taurine to try), I was nevertheless impressed by their service. The shipping was fast, thanks to its availability on Amazon Prime.

The product comes in a quality container, as I mentioned above. It has a solid construction and has an appealing look to it.

I love the orange label! Given the strong effect I experience and how long it lasted, I can safely say that their product was doing much more than the placebo effect for me.

Also, compared to other listings online for the same amount of Phenibut, their prices are top-notch.

The average for other companies that I’ve seen for 100 grams was about $32, and I can’t say much on others’ quality of powder, either. I doubt it comes close to Liftmode’s though.

Overall, Phenibut is definitely a good supplement for everybody to try.

It has a simple method of action, is very powerful, and seems to live up to the claims made about it. No wonder it’s used by the Cosmonauts!

It’s definitely not a toy, however – it IS quite strong – which means you need to mind dosages and how the effects can interact with driving ability, for example.

For nootropics users out there looking for a great relaxing anti-anxiety supplement, Phenibut may be for you.

I’ve tried Phenibut from Liftmode and really liked it. It didn’t take long for me to notice the effects. I followed the directions and didn’t notice any side effects.

That’s unfortunate… I’ve never had a bad experience with LM Phenibut. Perhaps you received a bad batch and could reach out to them for a free sample: https://liftmode.com/terms.html

Note that they have a 90-day guarantee, and from personal experience they’re usually quite helpful.

I purchased Phenibut about 3 weeks ago and so far I must say that I am very impressed. Not only am I interacting with people I didn’t know, but I enjoyed it. I highly recommend this supplement if you are like me and simply do not enjoy the company of others.

I’ve tried several different natural supplements over the years for my chronic anxiety before happening upon Phenibut. I ordered from several sites before finding liftmode.com and their vastly superior product and quality, not to mention reasonable prices, excellent customer service, and fast shipping time!
They even patiently explained the difference between Phenibut HCL and F.A.A!
The only place I would order from!