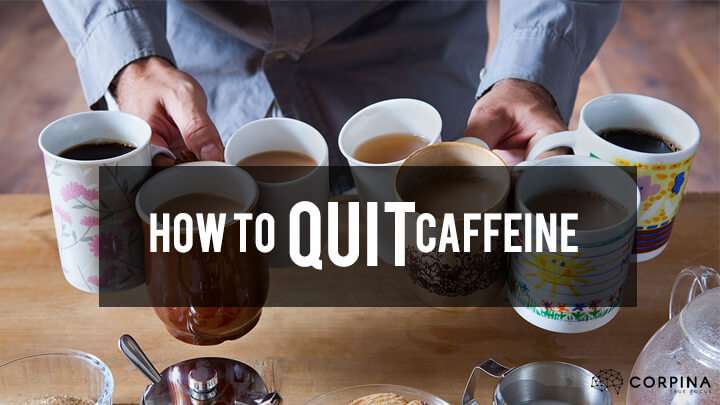 Caffeine is a bitter elixir known to the world over for enhancing focus, attention, and improving mood. Those who are sensitive to caffeine even experience euphoria when consuming their first cup and it is no wonder coffee is the second most popular drink in the world after water.

Beyond the good feelings, caffeine can help burn fat, reduce appetite, and increase blood flow throughout the body.

But sometimes, just like any other tool, caffeine can be abused. The side effects of caffeine consumption (especially consistently) include anxiety, blood pressure, and heart rate to name a few. Beyond that, there is general fatigue, which can be exacerbated by hormone altering caffeine.

My body has felt compromised for the past week and my immune system weakened for many months. This is a great reason to quit caffeine, but occasionally it is good to cycle even if your body isn’t compromised. By resetting your tolerance, you can make the drug even more effective with less dosage than before.

Some people are masochists and enjoy the pain of cold turkey. This is possible, but it may be better to wean yourself off of caffeine gradually. The weaning process can be as difficult or simple as you desire.

When I was drinking cold brew coffee in the morning, I was consuming in the range of 175 – 200 mg per dose. That is much less than the 3 – 4 cups of coffee per day, which total 5 – 600 mg in total. The higher doses will be the hardest to quit cold turkey.

Anyone who has professional responsibilities might find the whole process debilitating. Taking smaller doses over the course of a few days is an easy answer for this problem.

I went from taking 175 – 200 mg per day down to 80 mg doses for two days. I used caffeine pills so I could measure it out properly and I paired it with 160 of L-theanine, which helps negate many of the side effects of caffeine.

This process might look different depending on your particular situation. If you have a much stronger addiction to caffeine, you may consider drinking fewer cups a day and then smaller doses.

Replacing caffeine is difficult because there are few compounds that have the same efficacy for focus, attention, and mood. There are even fewer that are well-studied as is caffeine.

Sometimes replacing caffeine with another addiction is of no use, however. There are two paths to follow in the caffeine replacement phase and hopefully you will choose the right one for your needs.

There are two paths:

Here are some of the stress-relieving nootropics that I believe you can use to maintain cognitive function even while detoxing:

After you have used the above nootropics for a few days (some might need a week), it may be helpful to remove the replacement drugs from your regimen so you can experience the caffeine detox without any other psychoactive ingredient.

Your key objective may be to remove the need for caffeine, but it’s healthier to avoid adding an addiction in its place. The first two steps of the process include weaning and replacing caffeine, which will allow you to reduce your tolerance and experience the benefits of caffeine again.

The final step, removing all replacements, will allow you to detoxify from needing any of these stimulants in order to function mentally.