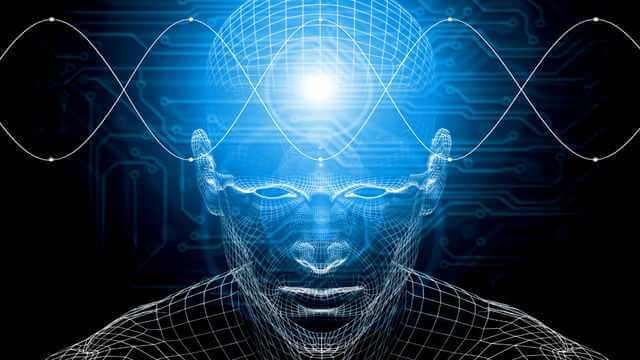 The Ethics of Cognitive Enhancement: Where Do We Draw the Line?

Are nootropics or other cognitive enhancing compounds considered “cheating’ your way through your school or work load?

It’s a question that has riddled the field of nootropics science for decades. One of the primary reasons that there are so few studies on piracetam involving healthy, young minds is the taboo regarding the psychopharmacology of performance enhancement.

The simplest rebuttal to the most common argument nootropics detractors who complain that shoring up neurological deficits while souping up productivity is a form of cheating, would be to ask them what they had for breakfast.

An impressive 80% of American adults use it daily! Caffeine’s “magic’ is attributed to the fact that it’s shape is similar to the adenosine molecule that signals to our body that we’re tired after work has been done.

Technically, if you think altering your neurotransmitter activity with the aid of chemicals is a form of “cheating” then you would have to nix any green tea ritual or morning coffee to escape hypocrisy.

The UK recently introduced the “New Psychoactives Substances” bill (NPS) that effectively made catnip illegal due to the fact that it has some mild psychoactive effects.

Luckily the Brits don’t take this idea to it’s logical conclusion as technically the national cup of Earl Grey is chock full of psychoactive substances. Tea in general contains the veritable “cocktail” of psychoactive compounds!

In addition to caffeine, l-theanine, theophylline and theobromine all have mild but perceptible effects on mood, physiology and mental functioning. Earl Grey contains all the above as well as the psychoactive aromatic compound, bergamot.

Where do we draw the line then? Bergamot is a volatile, aromatic compound. Lavender, lemongrass and dozens of other plants prized in aromatherapy, contain aromatic compounds, most possessing some psychoactive effects.

Therapeutic grade aromatherapy oils, binaural beats, meditation, there are multiple means to alter our physiology and mental output without the means of synthetic or naturally occurring chemicals. Are these means also “cheating?”

Imagine you’re a young Silicon Valley startup CEO or an up and coming wall street day trader. Suppose now that you’re suddenly presented with a seeming solution to the lack of hours in the day.

Further suppose now that you realize that many of your colleagues, associates and competitors are resorting to its use already. At least some degree of peer pressure could edge you towards making your decision to supplement without truly having your heart in it.

There’s nothing wrong with choosing cognitive enhancers because you’re interested in learning how to responsibly modulate your neurotransmitters and appreciate the neuroprotective benefits of nootropics.

Or at least nothing more wrong than choosing to brew a cup of java to get the eyelids pulled back at the first of the day. Now if the primary factors behind your choice are related to peer pressure and what you feel you should do because of what others are doing, an ethical dilemma may begin to be presented.

This sort of ethical dilemma is something more and more of us may face as technology advances. At this very moment, the line between human and transhuman is already being blurred.

In the past few years, the world of transcranial direct stimulation , cerebro-electrical stimulation and other electrical or magnetic means to selectively tweak the gray matter has opened up a literal brave, new world of possibility.

Speaking of Brave New World, the dystopian classic of eugenics and inequality is especially relevant to this topic. As we asked earlier, it’s hard to decide where to draw the line between what is cheating and what is just making the most out of what we have at hand.

It may seem easy to differentiate between what could be called natural and what belongs to the domain of technology. But what about beaver dams? Is coffee ok because it comes from a plant but nootropic “X” which does the same only more safely and effectively cheating?

In a world where gene editing, gene patenting and the possibility of cosmetic elective genetics and designer babies is just around the corner, the issue of equality comes into play.

The first and foremost of the modern transhumanists included such utopian, futurists as Drs. Nick Bostrom and Eliezer Yudkowsky. In many ways, these researchers into AI and the singularity were something of a cyberpunk extension of Drs. Timothy Leary and John C. Lilly.

Considered flower children with lab coats by some, both were as interested in non-ordinary states of consciousness as with the idea of modelling the brain on the computer and vice versa as well as the eventual interplay, even marriage between man and machine.

Tesla and SpaceX founder Elon Musk believes that adapting to the coming technological age will most likely involve merging with machines ourselves.

As far as that goes, Sweden made news recently, chipped employees (referred to as “cyborgs” in the wall street journal) are able to operate doors without passkeys and can even make purchases from on-site vending machines with no more than a wave of the hand.

According to right leaning libertarian transhumanist Nick Land: “Increasingly, there are only two basic human types populating this planet.

There are autistic nerds, who alone are capable of participating effectively in the advanced technological processes that characterize the emerging economy, and there is everybody else.”

According to Michael Anissimov: “Transhuman technologies would mean situations in which “people could be lording over one another in a way that was never possible before in history.”

This sort of flippant, dismissive attitude amongst some of the thinkers at the forefront of these emerging technologies may strike some as more than a tad ominous. Yahoo Tech went so far recently as to refer to Land and others as representing “the dark side of transhumanism.”

As such, Anissimov, Thiel and Land could possibly inhabit opposite ends of the spectrum as the egalitarian, idealist Bostrom and Yudkowsky. Cosmetic elective eugenics combined with the cutting-edge technological upgrades (wearable or implantable) are no longer subjects for fiction as they were in Huxley’s age.

Even more disruptive forms of common era cyborgs may be on the way as soon as months from now. The Defense Advanced Research Projects Agency has recently announced an initiative are providing $50 million in funding for eight separate academic teams.

Each tasked with exploring the connection between electro-stimulation of the peripheral nervous system and the vagus nerve. The vagus nerve connects from the gut to the brain and may be implicated in epilepsy, depression and other disorders.

One goal of the project is to design non-invasive implants that might be able to stimulate the vagus nerve to assist in language learning. Xiaoqin Wang, Johns Hopkins biomedical engineer will begin the first human trials in the next few months.

Kevin Otto, assoc. professor of biomedical engineering at University of Florida is also a part of the DARPA research team is interested in electrical stimulation via embedded electrodes that could have positive effects on those suffering with depression or epilepsy as well as being a possible, drug-free method for mental enhancement.

In the end, technology is devoid of heart. An ice pick can be used to craft a beautiful ice sculpture or to commit a gruesome crime. The tool is shaped and shaded by the users and the ways in which they use it.

As far as the coming inevitability of the kind of “robotic arms races” spoke of by Musk, great care will have to be taken to ensure that humanity doesn’t lose what makes it human in the shuffle.

The Mental Health Benefits of Exercise: How Sports Improve the Brain