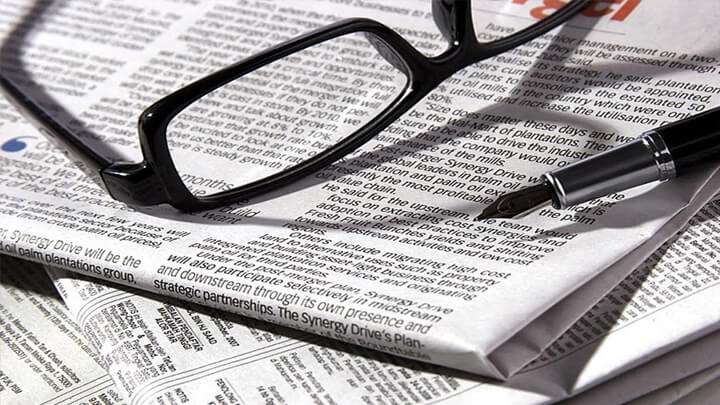 Today, I am privileged to cover one of the best scientifically-supported nootropic products on the market, which has been shown to do wonders for both the elderly and healthy young individuals. It is called Perceptiv, and it is primarily the brainchild of Dr. Thomas Shea from the University of Massachusetts Lowell, a public research college located in the northeastern USA.

Rather than focusing on changing the levels of neurotransmitters like many other nootropics, Perceptiv works by helping the brain to maintain itself and repair age-related damage, and the resultant effects on cognition are quite a marvel! Available online and select pharmacies, this is a must-try for anyone interested in keeping their minds sharp from day to day and as they age.

In a study dating back to 2009, a specific nutraceutical formula (referred to as NF) was tested in non-Alzheimer individuals to test the efficacy of using supplements to improve cognition. An experimental group was given the NF, while the control group was given a placebo substance.

Tests such as Trail-making and Digit-memory were conducted for both groups at the start of the experiment, and done again two weeks later. There was a remarkable improvement with the group that had taken NF, as was seen in a previous similar study done with Alzheimer’s patients. The conclusion was that the NF exerted nootropic effects in both healthy people and the cognitively impaired.

This was a big deal, as there is often lacking evidence to whether or not a nootropic will help a healthy person, which most nootropics users are. After this research, NF’s contents were transformed into a marketable supplement product we now know as Perceptv! It is produced today by the company Sevo Nutraceuticals and is available through the Perceptiv website and again, from certain pharmacies which are listed on there, often private ones. The website also features much of the research surrounding the product, including an interview with Dr. Shea, who explains the benefits obtained from using Perceptiv.

The reason that Perceptiv is worth buying is that you actually save money getting the whole package as opposed to even buying the individual components. Although a month’s supply of it is $60, it’s certainly cheaper than getting 6 separate up-priced products.

The actual recipe is a mix of six nutrients and supplements, all carefully measured and pressed into a tablet that is taken twice daily. Three of the constituents are folic acid, vitamin E (as natural alpha-tocopherol), and vitamin B12 (as cyancobalamin), each representing a 100% daily nutritional value. The other three ingredients exist in what is labeled a “proprietary blend” consisting of Acetyl L-Carnitine, N-Acetyl-L-Cysteine, and SAMe (S-Adenosyl Methionine).

According to Dr. Shea, this exact combination of chemicals acts synergistically within the brain to create the magic of Perceptiv. The vitamins serve as basic nutrients and co-factors for metabolic reactions, plus the vitamin E acts as a powerful antioxidant. All three of the proprietary ingredients also act as potent antioxidants, which explain the main mechanism behind Perceptiv. While our brains operate throughout our lives, they take up a lot of energy.

This energy is provided by a high level of metabolism, which produces damaging free radicals as a by-product. Antioxidants greatly help the brain in counteracting the structural damage – they help the cells protect themselves and have the means to repair any damage done by the radicals in the past. A key concept behind Perceptiv is that it gets powerful antioxidants into the brain so that it can repair any micro-sized damages that inhibit its function, improving cognition in the long run.

In addition to the antioxidant activity, the Acetyl L-Carnitine and SAMe improve the overall efficiency of cell metabolism, giving the brain more energy to work with.

After taking Perceptiv, users should notice positive changes within a few days to a few weeks, depending on their body chemistry and age. Since the focus of the product is to return healthy functioning to the brain, many age-related factors should improve as a result, such as memory, concentration, and overall speed. Also, because natural structural damages to the brain are worked on, mood and flexibility should improve as one continues to take the product.

Given the results of the research of this formula, both young and elderly people should benefit in similar ways, although it may be more observable with older folks. Also, there aren’t any significant side effects reported, so Perceptiv is truly a nootropic in that it boosts your mind and is healthy for you in general.

Of all of the many nootropic blends available, Perceptiv has a unique mechanism and intensive research that others simply can’t compare to.  Check out their website, and definitely give it a try if you can. You won’t regret the new potential it gives you.

Update: Perceptiv has been patented! After clearing clinical trials, Sevo Nutraceuticals (specifically Dr. Shea) has acquired a patent for the Perceptiv nootropic blend. Big congratulations to Dr. Shea, Bernie, and the whole team at Sevo.

Coverage of the patent can be found here:

The patent for Perceptiv is based on multiple, independent clinical studies from Shea and his team in which the product improved cognitive performance for healthy adults and for those diagnosed with Alzheimer’s disease, according to a news release.

“While there are many cognitive supplements, and choosing among them can be difficult, Perceptiv has proven to be effective by the results of Shea’s multiple independent clinical studies,” said Sevo CEO Bernie Prusaczyk. He noted that the results have been published in peer-reviewed, scientific journals and presented at numerous international conferences, including the Alzheimer’s Association international conferences held in Paris and Boston

In his own words, it took “forever.”

And for Professor Thomas Shea of UMass Lowell, “it” is the winning of a significant patent for his brainchild, PERCEPTIV — an over-the-counter pill that protects against cognitive decline due to aging.

The so-called “composition and methods” patent, U.S. 8,597,640, was announced by the U.S. Patent Office on Dec. 3. Put simply, it recognizes and protects PERCEPTIV’s exact ingredients and their formulations, as well as what PERCEPTIV can do — offer neuro protection that improves cognitive performance.

Shea, who credited a former student, Amy Chan-Daniels, who did clinical work as part of her doctoral thesis, has been researching brain health and cognitive performance for more than 20 years.

Prusaczyk said his company’s positioning is “pretty unique,” in that Shea and his team did virtually all of the patent-application work.

“It (the patent application) was filed initially in April 2008; we licensed it (PERCEPTIV) in August 2012,” Prusaczyk said. “There was no corporate sponsorship on his studies. That resonated with the people we talked to. The work was done independently, with Dr. Shea as the lead inventor.

“It’s a labor of love, and we (Sevo) are just shepherding it along.”