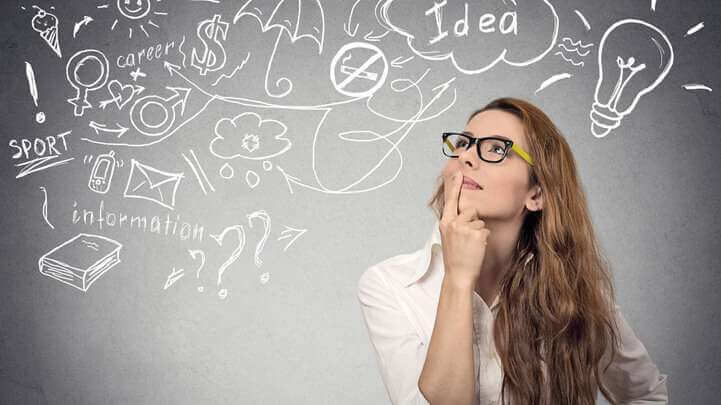 This is the first post in a multi-part series where I’ll be discussing how to multiply the effects of your Nootropics by stacking synergistic combos. Knowing how to stack different Nootropics in your own personalized brain enhancing blend is the key to ‘Limitless’ style cognitive enhancement, so it definitely deserves a multi-part series to cover it fully! When the next posts are live I’ll make sure to link out to them here so you can follow the series.

It is common for new users of nootropics to explore many different substances to try, but only focusing on how they work by themselves.  While this is a great way to assess one’s reactions to a variety of nootropics, there are so many combinations of two or possibly more nootropics that provide unprecedented benefits working in concert.

When you take multiple cognitive enhancers together (usually at the same time) in hopes of them complementing each other’s effects, it is called synergy.  Often times, synergy will allow people to gain benefits from a stack that wouldn’t exist when taking the individual ingredients by themselves.

It can also eliminate the negative or unwanted side effects caused by individual components.  There are many synergistic combinations that are known, and plenty to be discovered!  For the time being, I’ll go over some of the ones that are easier to accomplish and better-known.

It has been well known in the nootropic world that when you take racetam class drugs, you’re highly encouraged to supplement with a choline source! Whether it is the standard choline bitartrate or something more expensive like Alpha-GPC, you need some source of replenishment for your acetylcholine levels.  Not everyone claims to need to add choline, but some of the reported symptoms for strained levels in the brain are headaches, brain-fog, and irritability.

Some people find that they don’t have negative effects from passing on the choline, but that supplementing on it can enhance to effects of the racetams!  The memory and concentration boosts that have been reported to accompany the racetams are felt to a higher degree in these people.  Of course, everyone has different physiology.  Some people respond better to one choline source or another.  It’s all a matter of experimenting and finding which one works best.

It’s difficult to tell how much choline you will need to take, because of how the different sources and different racetams interact in the brain.  However, a good way to figure out what you need personally is to take your brand’s recommended choline dose, and take more on subsequent doses if you get headaches (or feel that you’d benefit otherwise by doing so).  You can also try taking less, if you’re satisfied with the experience you get.  The goal is of course, is to take in as little as possible to get the best set of benefits.

On the more mainstream side of psychoactives, the combination of caffeine and theanine produces a unique effect that can be mildly reproduced by green tea, which contains both chemicals!  As most people know, caffeine is a stimulant that is consumed universally.

Anyone who has had a coffee or strong black tea knows that caffeine can make them quite energetic, awake, and often anxious.  It’s one of the most reliable stimulants, and it lasts a fairly long time in the body. Theanine is an amino acid that is found primarily in tea leaves, and it’s especially popular in Japan as a soft drink additive.  Its primary effect is to help a you relax and be able to perform well under stress.

When the two are put together, it’s a miraculous combination!  There’s the stimulation and wakefulness from the caffeine, plus the relaxing effects of theanine to take the anxious edge off.  Studies have shown that both substances can be beneficial for memory as well, and can improve visual information processing.  Both caffeine and theanine can be bought as pure substances over the web, but you could also just drink green tea!

The average cup of green tea, however, only includes about 20 milligrams of theanine and less than 30 milligrams of caffeine.  The recommended doses of pure powder for both are in the range of 100-200 milligrams, so you would have to drink a lot of it!  My personal experience has shown that when using pure substances, a ratio of 2:1 for theanine and caffeine, respectively, is ideal for focus.

Bodybuilders and euphoria-seekers alike have spoken of phenylethylamine (or simply PEA for short) for its ability to provide a rush of dopamine after administration.  Despite how I’ve made it sound, it’s actually fairly safe if not overdone!  It can help bring motivation to exercise – to lift more weight or shed those few last pounds – or simply just give you a temporary happy moment.  PEA probably sounds like it works great on its own, right?  Unfortunately, it doesn’t work well for a lot of people, because PEA is mostly destroyed in the digestive tract and little of it actually hits the brain.

Here’s the good news for PEA users: the destruction in the intestines can be avoided by concurrently taking monoamine oxidase inhibitors (or MAOIs).  These chemicals inhibit the metabolism of PEA by preventing the enzyme monoamine oxidase from breaking it down! Typically when we hear of MAOIs, we think of them as powerful drugs that require much caution due to its interaction with many foods and medications.  While this is absolutely true and much care should be taken, there exist relatively weak MAOIs that can be used for the purpose of making PEA work.  The alkaloid Hordenine, a nootropic MAOI and stimulant in the same drug class as PEA, works quite well for this purpose!

A good way to try this combination is to take 10 milligrams of hordenine on an empty stomach, and then 500-1000 milligrams of PEA about 15 minutes afterwards.  This allows monoamine oxidase to be inhibited, and for the PEA to work as it is claimed by sellers!

Synergistic combinations of nootropics can produce effects that one can only dream of, when done properly and safely.  It would seem likely that in the future, the better stacks people have will include extensive amounts of synergy – having mostly substances that complement each other and cancel out side effects.  It’s always a great day when someone discovers a combo that changes how people use a nootropic and helps them understand it significantly better.

Report any excellent combinations you find, and as always, KEEP NOOTING!