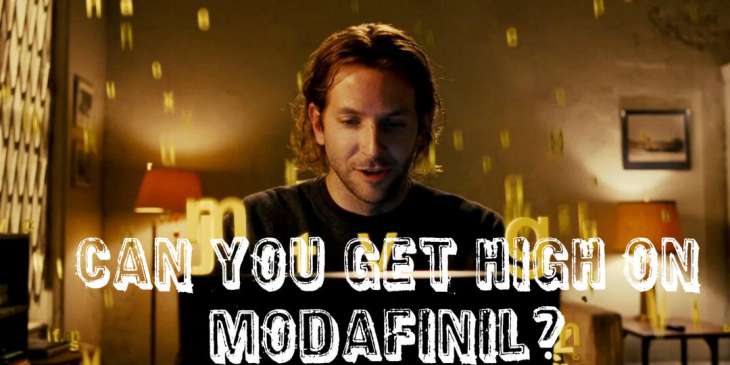 Most commonly prescribed for Narcolepsy, Shift Work Disorder, and Obstructive Sleep Apnea (OSA), Modafinil is a drug to encourage wakefulness and focus without being amphetamine-based like most alertness drugs.

Studies have shown it has a low addiction rate, and regard it as a safe prescription “off label” for severe jet lag, ADHD, and some issues with sleep cycles.

That being said, there is anecdotal evidence that it may provide a euphoric state or promote addictive behavior. Most of these anecdotes are from individuals sharing their experiences with the drug online.

According to an article in Behavioral Pharmacology, Modafinil has a “minimal abuse potential,” but they add that there was only a small sample size and further studies need to be done.

Current Psychiatry Reports goes a step further, saying that Modafinil could be used to help methamphetamine addicts to break off use and recover from addiction. Still, very little research has been done on how addictive the drug is, and only anecdotal, self-reported evidence is available for the state of mind that Provigil induces

Case #1: A user on reddit described his experiences taking a well above normal dosage of Modafinil, about ten times the maximum daily recommended dose. Apparently, he has been prescribed Modafinil (although he does not state why), and usually takes 200 mg at 7AM.

For whatever reason, when he woke up 2 hours late one morning, he took a double dose. Because of the slight euphoria he felt from the increased dose, he continued taking it throughout the day (about 200 mg every hour) to chase the faint euphoria that came from an increased dose but would wear off fairly quickly.

His further updates included the hangover of the experiment as being long-lasting (multiple days), and sharing some similarities with the come down from certain high power street drugs. From anxiety and nausea to a complete inability to sleep for several days.

The nausea progressed to a point where he was unable to keep anything down, including other medications he took to try to fall asleep or combat the headache and nausea. He finally ended up in the hospital due to severe dehydration.

While many of the hangover issues with this particular individual may have been avoided if he hadn’t taken such a massive overdose, the primary point of concern is that he took the massive overdose chasing a mild euphoria. From this anecdote, it appears that in larger-than-normal doses, the drug may cause a mild high, and some individuals may not be able to resist the urge to chase that high.

Case #2: On bluelight.org, a teenager shares a story about his own experimentation with Modafinil, which he acquired illegally by trading some of his own prescription medicine for ADHD with a friend.

Since he didn’t have dosage instructions, he also took a much higher than normal dosage, though not to the extreme overdose level of the person from reddit. His first dose was 400 mg, and when he didn’t feel anything noticeable, he took an additional 600 mg across the day. Awake for 2 days, towards the end he describes mini-dreams appearing on walls, but blames it on the sleep deprivation. Still, he describes a euphoric state, unnoticeable during focusing, but when just relaxing while the drug is active.

Even though he doesn’t consider it to have caused a high, his own words stating that he wanted to relax and just focus on the “damn fine mood” it caused indicates that there is a mild euphoric state associated with the drug. Again, this is purely anecdotal and self-reported, but he also indicates desiring the drug again to level where he was discussing plans for how to obtain more of it.

That being said, he also indicates that he will be taking smaller doses to avoid the sleep deprivation associated with coming down.

Case #3: The final anecdotal story we will be looking at is from erowid.org. This individual had been an addict and alcoholic for many years before going clean and sober.

Despite reading several reviews that indicated it had addictive tendencies, he wrote it off as people who were unstable based on the scientific reviews stating it had low addictive potential.

When he took his first dose, he describes it as being like cocaine in a pill. For him, it provided exactly the same high as taking cocaine.

His initial thoughts were that this was a miracle drug, since it wasn’t illegal, had no side effects, and gave him a high he’d been craving for seven years.

Approximately 1.5 hours after his first dose, he came down off the high.

Although the Modafinil was still in his system, he described the high as turning off exactly like a cocaine high does. With the comedown, he couldn’t sleep, but he no longer experienced the euphoria. He immediately took more and the high came back. On four separate days, he binged through 30 Provigil, each time having a worse comedown.

While none of this anecdotal evidence is irrefutable proof that Modafinil (Provigil) is addictive or produces any kind of high, and given that many people don’t feel anything at all except for an increased ability to focus, it is concerning that some individuals have been lead into binges chasing a euphoric state.

While not a high like some drugs produce, it is evident that in some individuals, particularly on a higher dose, there is a mild high that induces people to reckless behavior pursuing that high. It may be that for individuals who have a history of drug abuse, especially cocaine, it should be avoided due to a similarity in effect.

Going to volunteer more concerning this subject?
I can tell you’re downplaying some of your juicier lines of thinking, but I for one, love reading them!

Hey Charla, it’s all there!

Hey this post certainly made me think! Thank You-I wouldn’t have considered
things this way otherwise.

Great! Glad to hear that Matthias 🙂

~She wanted it for help w/ being tired. didn’t work.
I tried it for fun on a weekend just for the whatever reason.
(I don’t drink much or do anything drug wise)
I fel like CRAP on this.
I took 2 pills 100mg each with no effects,
so I took 2 more a hour later and that was the end of anything positive.
I had a weird headache and felt like my head was heavy or small or something weird.
I took 2 flexorill muscle relaxers(after checking if it was safe) and slept for 12 hours.
thank the force it was a weekend!
I filed them away and labled/dated my opinions cause there’s like 190 pills left of the original 200.. I won’t/don’t sell them but hate to throw away anything we pay for…
***my bottom line~ There is NOTHING recreational about this medicine…
if there is then it comes with a expensive price like that of Whiskey..
And I’m Irish and to avoid guaranteed alsoholism(lol joking) I avoided Whiskey and esp mixing beer+liquor…