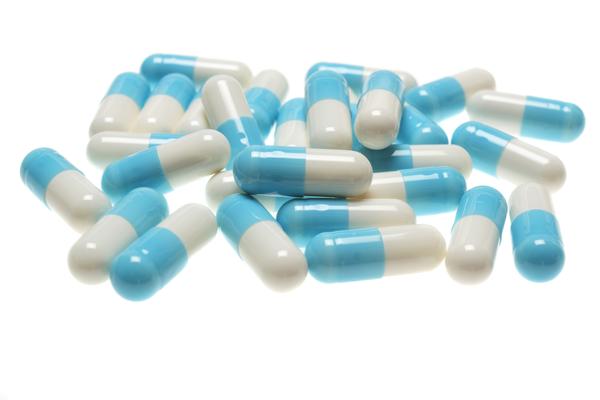 Just about any prescription medication can and will be abused – Mirtazapine included.

Yet the high achieved from recreational use of Mirtazapine is very different than that of more commonly abused prescription drugs. Unlike the feelings of euphoria painkillers and stimulants provide, antidepressants like Mirtazapine tend to make you slow, sluggish, and sleepy.

In fact, most people don’t consider this a Mirtazapine high at all. They don’t feel like there is any true recreational benefit to the drug.

I wanted to know the truth. So I dove on in, did extensive research, and experimented with the drug myself to find out what Mirtazapine is all about.

According to RxList, Mirtazapine is the generic name for the drug most commonly sold as Remeron in the United States.

Another place where Mirtazapine is commonly seen is at drug addiction centers. The medication has proven effective at helping ease the withdrawal symptoms of alcohol, methamphetamines, and other drugs.

What is Mirtazapine Good for?

Mirtazapine has a long list of medical benefits. Chief among them is its ability to treat depression.

The compounds in the drug work together to improve the mood and feelings of well-being by balancing the natural brain chemicals (including norepinephrine and serotonin).

Another off-label use is to help in addiction recovery, even though the FDA has not yet approved Mirtazapine in this regard.

However, recent studies, including one in Behavioral Brain Research, show Mirtazapine might be effective at lessening withdrawal symptoms of alcohol, benzos, and opiates.Apparently, Mirtazapine aids in addiction recovery in a similar way it does with depression. It balances brain activity to help reduce drug craving as well as drug-seeking behaviors.

How Does Mirtazapine Work?

I covered it briefly earlier. Mirtazapine is an antidepressant that affects the neurotransmitters in the brain to restore brain chemicals to their natural level, according to Drugs.com.

Though the drug is primarily used to treat depression, a study from the Stanford University of Medicine states that it also has potential treating anxiety, OCD, and panic disorders.

Simply put, the prevalence of Mirtazapine makes it easy to get your hands on. And because it’s not commonly abused, finding your own prescription for it isn’t exactly a tall task.

Another easy avenue of access is ordering it online. Like most prescription drugs in the United States, Mirtazapine is easily purchased from an online black market vendor.

True recreational accounts of the Mirtazapine experience are few and far between.

Most experience reports I found online were related to its prescribed use. Of course, some of these recounted combining Mirtazapine with other drugs for a stronger high, but that wasn’t really the kind of information I was interested in.

I finally tracked down a Reddit thread discussing Mirtazapine recreational value. The original poster describes the high off of huge doses (over 200mg) as:

“I notice walls melting type of hallucinations and distortions like ‘transparent voices.’”

Others provide a more tempered explanation of what you can expect when taking Mirtazapine.

“I was on Mirtazapine for several years. It did its job and worked well, but I had to make sure my body was ready for it and that I was ready to lay down and close my eyes and sleep.

If I miss my window, the drug becomes ineffective and I’m screwed. Little chance I’ll fall asleep, and sometimes I’d lay awake for couple 2-3 hours before I’d take another.

As far as a nod, trip, etc, this would be rare. It does mess with my brain and may offer slight euphoria, as I certainly had some of the best and most relaxing dreams when I could remember them. Most of the time I was out and not able to enjoy it like a kpin or something similar. I preferred to use Mirtazapine as directed.

I also and quite often woke up groggy and tired. The alternative of not sleeping through the night caused me to put up with this side effect for years. I had to have a couple cups of coffee in the morning to get me going whenever I had Mirtazapine the night before.”

Lower doses, including a normally prescribed dose for those without a prescription, seemed to generally result in a slow, sluggish, sleepy experience with users often falling asleep quickly and sleeping for many more hours than normal. All in all, it sounds like you need to take a dangerously high dose of the drug to unlock any of it’s visual or auditory effects.

I thought I had some relatively comprehensive information on the drug. Then, I stumbled upon this much more thorough recounting of the recreational effects of Mirtazapine. This account described pleasantries like a pleasurable and warm body high, tactile hallucinations and an increased appreciation of music. I was intrigued, to say the least.

Nevertheless, I set aside some a weekend (in case I slept it all away) and swallowed two 20mg pills of Mirtazapine.

According to my online research, the dose I took wasn’t nearly enough to unlock the auditory/visual hallucinations, but I was more than fine with that.

During the whole experience, I never felt a “high” kick in. In fact, I never really noticed the onset of effects, rather simply becoming very tired and groggy after an hour or two.

Not an exciting experience anyway that you look at it. But, I did take a relatively small dose and by all accounts, a larger dose is needed to really feel any of the drugs more elusive effects. I definitely didn’t get a sense for whether or not they exist, though. I may consider trying the drug again at a higher dose. But, based on my first experience I’m not exactly champing at the bit for another go around.

Most folks that ingest Mirtazapine won’t be taking crazy doses.

The most common effects for recreational users include a feeling of drowsiness, grogginess, and sometimes apathy.

If you do risk taking a high dose, be ready for a delirious experience. In high quantities, Mirtazapine is similar to a deliriant.

It’s known to produce solid hallucinations that are more akin to fully formed dreams. These dreams are often frightening and overwhelming in nature, so you should proceed with caution.

Mirtazapine has a low potential for abuse compared to many other drugs. The big reason for this is that the Mirtazapine high isn’t very pleasant.

However, abuse is still important to watch for, especially if you’re taking the medication to treat depression or another disorder. Many users try to stop after several months or years of use and find themselves unable to, their bodies and minds dependent upon the drug’s effects.

In addition to this low risk of abuse and addiction, users of Mirtazapine should also keep an eye out for potential side effects such as drowsiness, lightheadedness, and dry mouth. Increased appetite and constipation also occasionally occur.

Serious side effects, most commonly experience from very high doses, including swelling of hands and feet, tremors, confusion, paranoia, and audio/visual hallucinations.

If you want a true Mirtazapine high, you’ll have to take an insanely high – a dangerously high – dose. Even then, you won’t be guaranteed to have an enjoyable experience.

Those interested in Mirtazapine won’t have a hard time finding it. However, even with its ease of availability, I’m not sure I would recommend it.

It seems that the high is achievable for those willing to take a very high dose, and that might be much more trouble than it’s worth.