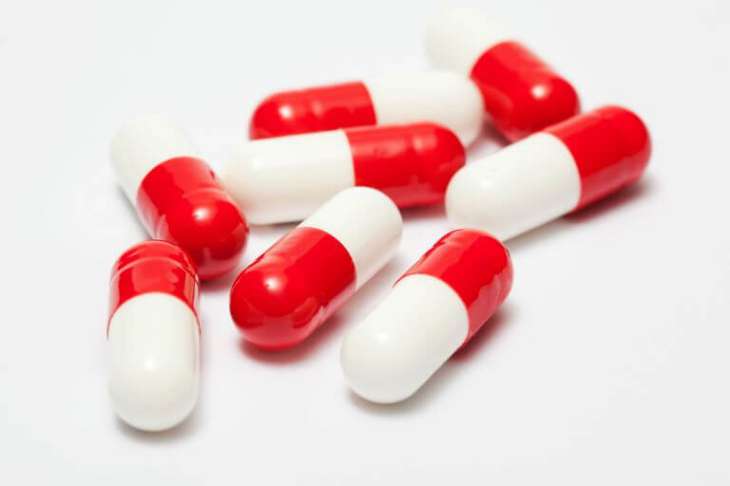 The first thing you’ll probably notice is the pretty name. It’s got nothing to do with writing songs or poetry, though, Lyrica is a brand name for a generic drug known as Pregabalin.

It’s normally used to treat nerve and muscle pain, along with various assorted seizures and disorders. Thanks to some anxiolytic effects that mimic benzodiazepines, however, it has found off-label fame as a recreational drug as well.

Some Background on Lyrica

Lyrica is an antiepileptic drug that is primarily used to treat seizures but has several other uses as well. Since it can affect brain chemicals and pain signals, it is often used in the treatment of diabetic pain, herpes-related neuralgia, and neuropathic pain associated with spinal injuries.

It is not, however, generally used for acute pain. Researchers are exploring additional uses along those lines, though.

Those aren’t the only uses, mind you, researchers have found that Lyrica is useful in the treatment of generalized anxiety disorder, along with several other mood disorders as well.

Its full effects usually manifest within a week of consistent use, and the drug is also very successful when combined with other therapies for treating specific conditions.

Pregabalin was first developed in the 1990s for use as an anticonvulsant. The original use was for treatment of epileptic seizures, but, as time progressed, researchers discovered the additional properties of Pregabalin and began exploring these as well.

It finally appeared in the US under the brand name Lyrica in 2005 and has been available via prescription since. It comes in capsulated forms of varying doses, though amounts of 300-500 milligrams have been found most effective for its clinical uses.

What Is Lyrica Good For?

Lyrica has a wide range of beneficial effects. It can treat anxiety, it is good for neuropathic pain, and for its original use, treating seizures, it is highly desired. Some of its effects are similar to benzodiazepines, but it has the distinction of having a decreased risk of dependence (in spite of its potential for recreational abuse).

Additional uses of Lyrica include the treatment of Fibromyalgia and managing pain associated with nerve damage related to shingles.

Sedation and a general feeling of well-being seem to be the most common, though, it is important to note that not everyone will react to the drug in the same way, if at all.

Still, there is a dedicated base of recreational users with positive reports likening the Lyrica high to benzodiazepines, and, in some cases, claiming it to be even better.

Lyrica has plenty of support from the community:

“It was a lot like being drunk, I was kinda dizzy, I was social, I didn’t care, my emotions were deepened, and I loved laying down. It’s currently 10:30 and I’m still feeling the effects, it’s incredibly hard to type this honestly because my computer is like tilting to the right and I’m so tired.”

Some who doubted the efficacy of Lyrica were turned into believers:

“I was a total skeptic when I heard stories of Lyrica having any recreational value…After and hour and forty minutes had passed I thought it was a total bust. Then I began bumping into things.

I felt tipsy. My body was numb. Everything seemed silly and fun. And then the euphoria set in. It isn’t nearly as powerful as Vicodin, but that doesn’t mean it was unpleasant or underwhelming. The high lasted for about 4 or 5 hours.”

Over on Bluelight, there’s a ton of users who have had first hand experiences with the drug, and most agree it provides a pretty pleasant high. Here’s one users account:

“So I finally got my Lyrica. I immediately took 6 capsules (6x150mg) and an hour later a strong high came. I was high for 4 hours approx. When you read the other posts there is on blulight on Lyrica, it is always compared to GHB or XTC. For me the effects are absolutely not like G or E.

The effects of Pregabalin are very similar to those of Tiagabine (Gabitril), but stronger and more enjoyable…I would compare the effects to alcohol. When high on Lyrica, you feel drunk, you act like if you were drunk, etc…The only two problems with Lyrica are the loss of coordination (you can’t walk straight) and the double vision. Another effect of Lyrica is its sedative property; it is only a slight sedation, if you need to stay awake, there will be no problem.”

At the same time, other users have had extremely unpleasant experiences when taking huge doses of the drug (think 750mg+). You’ll want to keep that in mind if you plan on trying for a Lyrica high.

Remember, you can always take more if necessary, but you cannot take back what you’ve already ingested. Some commenters noted that tolerance for the acute effects of Lyrica can build quickly, and there are better alternatives for continued recreational use, but all-in-all, it seems that Lyrica is fairly effective at inducing a pleasant high, even if it’s just once or twice.

I Tried to Get High off Lyrica

Having read all of this, I prepared myself for what I assumed would be an interesting journey. I obtained a fair amount of Lyrica tabs, but, not wanting to overdo it, took about 450 milligrams. It didn’t hit me right away, but after a half hour, I could start to feel the effects.

I didn’t feel like I was drunk (which is often reported by some users), but I did feel sedate and less self-conscious. From what I’ve gathered, the “alcohol like” effects are typically present with doses that exceed 500 milligrams.

I wasn’t venturing into that territory but had a wholly pleasant experience with no side effects. After a while, I felt like laying down, and so, took a great nap and woke up refreshed. I think the drug may be even more enjoyable recreationally with a slightly greater dose, and many personal experiences seem to be in agreement with that thought. I didn’t take it multiple times, so I can’t speak on the tolerance building up, but still, good stuff.

Most of the firsthand experiences I’ve read about Lyrica have been positive. Some users report a few side effects, like dehydration, but still concede they felt elation when taking the drug.

Some users were adamant about the fact that it is tolerance building and there are alternatives for longer-term recreational use, but even then, an occasional Lyrica high still seems like a good option to explore. You’ll just need to keep in mind that after you’ve tried it a time or two, it’s going to be a path of diminishing returns as far as its effectiveness is concerned.

Lyrica does present the possibility of some side effects. Most commonly, drowsiness, dizziness, dry mouth, and constipation. In rare cases, serious side effects might manifest weakness, vision problems, bleeding, swelling, and the like. In general, most Lyrica users experience very mild side effects or none at all. Rapid discontinuation of Lyrica use could result in withdrawal symptoms, which include insomnia, headaches, nausea, etc.

Yes, Lyrica can get you quite high.  I wouldn’t make a habit out of taking Lyrica, but for infrequent recreation use, I think this compound has potential. Make sure to start off with a lower dose first, as the heightened doses increase the possibility of unpleasant side effects.

Have been taking Lyrica for years to help with IC pain. I’m well acquainted with my heightened emotions and a mild euphoria and followed a hunch to find out more about it when I saw this website. People take this s*** to get high?? I usually take, at the most 800mg per day. But not all at the same time!! I take 200mg every four hours. Still I can totally relate to the high experience. I was fairly certain my inability to walk properly, write legibly and a preference for proneness were L related, but it was very nice to see this corroborated in the above comments. As you read this you will know I confirm, to a varying degree, everything y’all wrote. Thank you!

This drug produces a wide array of effects on people who can tolerate the substance. However you will have side effects and if you try to make it a daily occurrence the “high”will be gone and all you will get is the bad stuff. I tried upping the dose and dumped 3200mg down the hatch and got zilch. Once a week you can have great fun.. kinda like e, opioid, benzo, and coke combined into waves of euphoria. And it lasts 12 hours and the comedown is long and smooth, anxity free. but you must try a low dose as a bad reaction will leave you feeling bad or potentially at the ER. once titrating up to 1000-1500mg is when you go trippy. However like e once you experience stuff it loses it’s luster.