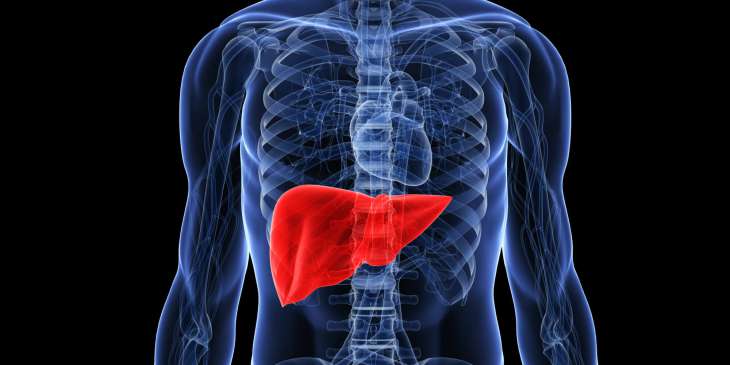 Nootropics enthusiasts often have a scientific bent about them, and I’m no exception.

If you’ve incorporated nootropics like Modafinil or Adrafinil into your stack and researched a bit on the internet, you may have wondered: how does the liver convert Adrafinil into Modafinil?

In this article, I’ll outline the Adrafinil to Modafinil metabolic scheme and explain why it matters and why Adrafinil can lead to the dreaded elevation of important liver enzymes.

If you’re curious about biodegradation within the liver in the context of nootropics, this is the article for you, but I’d look elsewhere if you want a general overview of what Adrafinil and Modafinil do for your cognitive ability.

In the unlikely case you’re unfamiliar, Adrafinil is the popular wakefulness-promoting nootropic which claims to improve the focus, reaction speed, and memory of its users.

Adrafinil has few negative side effects, and users that experience them typically report brain fog, anxiety, and dry mouth.

For the record, I experienced totally opposite effects to what Adrafinil promises, and not all users report a glowingly positive experience.

For me, the brain fog that Adrafinil caused was totally debilitating, and I stopped taking it on the third day.

Nonetheless, many users find Adrafinil to be a subtle nootropic that is an easy addition to their stack. If you haven’t experimented with Adrafinil yet, I highly suggest you try it out—but finish reading this article to see what the risks are first.

Adrafinil has a long half life which clocks in at almost 40 hours and absorbs within three hours after oral dosing. Adrafinil is a prodrug for the other popular wakefulness-enhancing nootropic, Modafinil, which means that most of the beneficial effects of Adrafinil are actually from Modafinil.

Adrafinil generates subjective improvements in focus, memory, and thought speed that are nearly identical to Modafinil.

Adrafinil’s status as a prodrug for Modafinil also means that it taxes the liver a bit more than Modafinil because it requires an extra step. Adrafinil is broken down via liver enzymes such as SGOT, GGPT, and hepatic alkaline phosphatase into Modafinil, which is then broken down further for beneficial effects.

For those unfamiliar with liver enzymes, the three that I mentioned are extremely common and are critical products that the liver generates at a basal level and also upregulates in response to saturation by stuff to be metabolized.

The more you tax your liver enzymes, the more they’ll be produced—which can cause problems.

In practice, Adrafinil metabolizes into three byproducts by liver enzymes: an amide form, a sulfonic form, and an acid form.

The “amide form” of Adrafinil after metabolism is known as Modafinil, and the acid and sulfonic forms are biologically inactive.
After initial metabolism, Modafinil is quickly metabolized again to produce nootropic effects.

Though the acid and sulfonic byproducts are inactive, they are likely digested further by other liver enzymes to prepare them for excretion—this explains why Adrafinil use can elevate a smattering of different liver enzymes instead of just one.

Modafinil metabolizes via a variety of liver enzymes, some of whom respond to encounters with Modafinil by upregulation.

Astute readers will notice that Adrafinil and Modafinil share some of the same breakdown pathways, and it’s no surprise why.

The liver enzymes which Modafinil metabolizes belong to the Cytochrome P450 family of enzymes, which are responsible for metabolizing a wide variety of different chemicals including many pharmaceutical drugs.

If you’ve ever taking a drug or nootropic, you’ve made use of your P450 enzymes. The P450 family ends up taking the brunt of the brain-induced abuse of the liver, which also means that they’re the most studied family of liver enzymes.

You need your P450 enzymes to be functioning properly and at the correct proportions to live healthily, so putting the strain of nootropics onto it isn’t a small deal.

The choice is ultimately up to you whether you take Modafinil, Adrafinil, or nothing at all, but just remember that your choices aren’t equal.

Cycling Modafinil into and out of your stack is the currently accepted way of mitigating the risk to your liver, although it’s unclear whether cycling is safe or if it merely limits the damage.

Minor damage is probably okay because the liver is extremely durable and can regenerate itself—but don’t test your luck.

In particular, the liver enzyme CYP2C19 is likely to be upregulated during Modafinil use because Modafinil inhibits its function upon enzymatic biodegradation—Modafinil likely has a chemical effect which reduces the enzyme’s conformation from returning to a “ready” state or damages them.

Damaging or preventing liver enzymes from operating temporarily isn’t as bad as it sounds. Enzymes constantly undergo conformational changes as a result of their functioning and are frequently damaged or used up and replaced by the body as needed.

Using Adrafinil or Modafinil from time to time won’t cause damage, but remember that using them multiple weeks in a row is problematic.

I hope this article sheds a lot of light on how Adrafinil converts to Modafinil in the liver.

If you have any more questions, sound off in the comments section below, and we’ll do our best to get back to you. Keep chasing your scientific curiosity as you design your nootropic stacks!