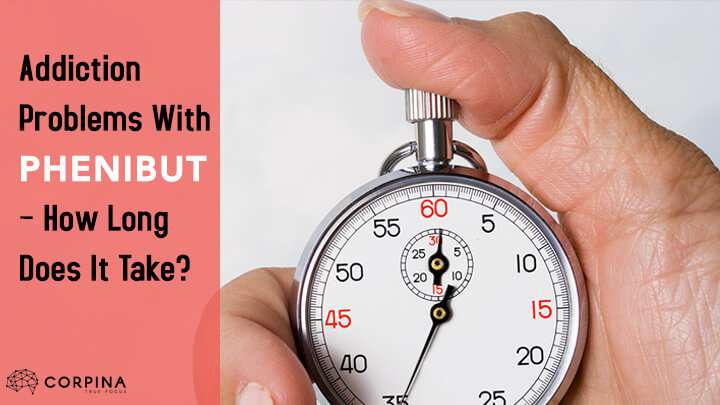 Phenibut is chemically derived from GABA, a neurotransmitter that alleviates anxiety.

Like GABA, Phenibut significantly lowers anxiety in the body and mind, and is also mildly stimulating. It’s an extremely effective nootropic (considered by some to be the best nootropic), thanks in large part to the fact that it easily crosses the blood brain barrier.

Because of the crucial role played GABA in the brain, any errors in your Phenibut dosage amount or timing can shake optimal performance of your cognitive abilities.

Before buying this little crystal nootropic, you must remember that Phenibut is very powerful.

Proper care and thought should go into planning your schedule. It’s quite common to build tolerance FAST, which is why I always recommend against taking Phenibut on a daily basis (that is, if you want to avoid the hellish Phenibut withdrawal).

You should ideally use a maximum of twice per week or per cycle with long periods of no use. This ensures that your body is not subjected to higher levels of GABA activity that can lead to withdrawal symptoms after prolonged use.

Ok, you probably know all that by now. Most regular users of Phenibut have the basics down.

But to get that extra 1% out of the drug, many people wonder how long they can take it before getting addicted.

The answer is, as always, it depends on a lot of factors.

How much anxiety did you have to start with?

How much Phenibut have you been taking?

How often do you take it?

Are you drinking alcohol or using it responsibly?

If you’re using Phenibut as a crutch, then you can get addicted to the drug in a matter of weeks.

If, on the other hand, it’s simply an added “boost” to your mostly well-rounded life, then it will take at least a month of regular use to be fully addicted.

Now, there’s a difference between addiction and withdrawal. You can still experience Phenibut withdrawal even if you’re not addicted.

But to be totally addicted is another beast altogether, and would take weeks of recovery. Don’t get to that point.

Here’s a bit more info about Phenibut to help you make sure you’re getting the most out of the drug.

It is recommended to take Phenibut capsules of 250 mg to 1000 mg on a daily basis. However, clinical reports suggest that taking anywhere between 250 mg to 3000mg daily was permissible.

Of course, you should always start by taking a small dose of Phenibut. It could be even less than the 250 mg mentioned above. This allows time for the body to adjust the highest levels of GABA. Experiment a bit in this range, but don’t go above 1 gram per day.

After taking Phenibut, carefully observe how it affects your body while taking lower levels of this product before turning on a larger amount.

Most people will take Phenibut later in the day rather than use it during the most productive hours. You should not divide the dose into too many smaller doses because Phenibut has a relatively long half-life compared to other Nootropics.

Also, it is soluble in water, so you have various administration choices including but not limited to mixing the powdered Phenibut with juice or water.

Side effects can include fatigue, nausea, dizziness, headaches, stomach upset.

More severe side effects may include memory loss and unconsciousness.

As mentioned above, this nootropic can lead to tolerance rather quickly so you should make sure that your doses are well spaced out.

Perhaps the most often cited and reported benefits are Phenibut’s ability to quickly and reliably help you relax and unwind. It is an acknowledged fact that stress is caused by the activity of overactive neurons caused by excessive stimulation of certain neural pathways. Phenibut can calm excessive neuron firing.

Some users report that Phenibut helped improve some cognitive abilities. This includes improved memory and learning capacity, with the possibility of easier (and faster) recollection of memories and details.

Another interesting advantage is Phenibut assists in getting enough sleep. The majority takes it as a sedative and find it easier to not only relax but also to fall asleep.

Not only that, but it also promotes a better quality of sleep, allowing the user to wake up feeling more refreshed. This is by far a better option to other artificial chemicals.

To get the best effects of the brain supplement Phenibut, choose the best dosage to use.

Phenibut is a natural supplement with many useful applications related to the improvement of cognitive function and mood. It is a modified version of the brain chemical GABA which is of natural origin.

It causes more active neurons to reduce their rate of fire, having an anti-anxiety sedative effect not only on the brain but the whole body.