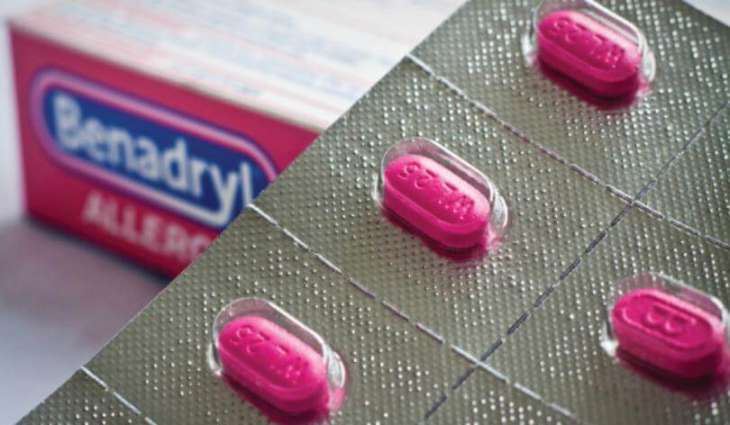 Benadryl is a well-known antihistamine and a brand name for the compound Diphenhydramine.

You may have some yourself and have used it to treat itchy eyes, sneezing, and many of the other symptoms you’d normally associate with allergies.

If you’ve ever taken Benadryl, you might also be familiar the intense drowsiness you might feel when taking the drug.

Unsurprisingly, some users have taken to off-label use of Benadryl on account of that pronounced sedation and to serve as a sleep aid.

That’s right; this humble allergy medication also results in some extraordinary off-label effects. At lower doses, the marked drowsiness and feeling of relaxation are typical.

At higher doses (much higher than the recommended dose) users have experienced what could only be described as a “wild-assed trip.”

Sounds powerful, and you might be thinking that because of its ability to induce such highly altered states, Benadryl must be tightly controlled, right? Hardly. You can get Benadryl over the counter at just about any grocery or convenience store.

They’ll sell you a whole bottle full of Benadryl pills (which you’ll need to experience the recreational effects as the cream is not as effective).

You’ll find some mixed reactions over on Reddit. Some seem to think that you can go off-label with Benadryl and stay safe, provided you use the right dose:

“I’d say 700mg+ is a good dose for this but should not exceed 900mg. Trips last about 8 hours although if 850mg are exceeded, expect 12 hours or more Try not to fall asleep on the come-up and take this a week after your trail run since tolerance to DPH builds up fast.”

As you can tell from the comments, this sentiment is not widely shared:

“Honestly, this shit isn’t worth it. You don’t even have a good time. All you do is get incredibly confused and see everyday things in places they should not be. Take it from someone who took around 900mg~ in one sitting.”

“It’s not fun and you’ll severely regret it the day afterwards. You most likely won’t even remember what happened/what you saw.”

There’s even a long-form post, thoroughly excoriating the drug for recreational use. You should check that out here.

I’ve used Benadryl plenty of times in the past, but only for its intended purposes. I had no idea it was giving people hallucinations and causing them to act out waking dream states!

After reading some of those horror stories, I decided to try it, with supervision from friend.

I took about 350 milligrams (that’s 14 of the mini-tabs, in case you were wondering) and had the most awful Benadryl “high” I have ever experienced.

Those negative posters weren’t exaggerating. I was having visions of my childhood one moment then snapping back to reality the next. Not the trip I was looking for.

Let’s Step Back. What The Heck Is Benadryl?

Benadryl is a brand name that covers a range of Diphenhydramine allergy medications. In regular doses, its fine. It will relieve many common allergy symptoms, including itchiness, watery eyes, cough, etc.

You can even give it to your dog, and they’ll be fine. It works by blocking histamine that your body normally produces during allergic reactions and by limiting acetylcholine to help counteract watery eyes, runny nose, and the like.

Once you cross that threshold, though, the flood gates to the more serious side effects open, of which hallucinations are a common theme.

Those firsthand accounts we quoted might seem like an exaggeration, but the truth is that going crazy with Benadryl is liable to drive you crazy.

The consensus is that there are very few positives and many more drawbacks, leaving those who have tried a recreational dose of Benadryl wary to give it a round two.

What Is Benadryl Good For?

As an anti-allergy medication, it’s great if you have seasonal allergies and need some relief.

Many people find that it works better for them than some of the “non-drowsy” varieties of allergy medication, and so will put up with feeling sleepy for a while to combat distracting allergy symptoms.

The same mechanism that allows Benadryl to be effective for allergy symptoms also makes it good for treating some symptoms of the common cold.

Rashes, itching, watery eyes, cough, runny nose, sneezing, etc. are all treatable with low doses of Benadryl. The low dose is also good for some slight off-label uses as well.

For instance, Benadryl is good for preventing nausea, vomiting, and dizziness associated with motion sickness. You can also use small amounts of Benadryl to help you relax or to fall asleep.

If you stay with the small recommended doses, you shouldn’t expect any consequences from using Benadryl. There are some less serious side effects that can occur, like fatigue or headache.

You should also be aware of some interactions that could occur while taking Benadryl, like with MAOIs like Marplan, or with any anti-depressants, anxiety meds, or sleeping pills. Other than that, though, Benadryl is mostly safe. That is, until you decide to go with a heightened dose.

Ingesting Benadryl will result in some vivid hallucinations, a loss of time, and overall bad trip that you won’t want to experience a second time around.

Benadryl is fine if you use it as intended or stick with the low doses to reap the benefits of mild relaxation.

If you’re thinking about going all in and trying to use it to experience the “Benadryl high,” I implore you to give it a second thought.

It’s really not worth the metaphorical headache.