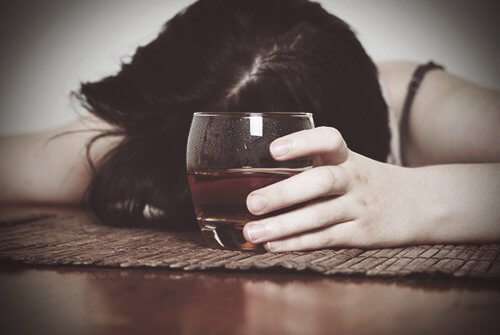 Adderall is primarily used to treat the symptoms of ADHD (Attention Deficit Hyperactivity Disorder), but it has gained a reputation as a study drug in recent years.

One of the most common questions people ask is, “Can you drink alcohol while taking Adderall?” The short answer is, “Yes.” But it is imperative that users understand how dangerous this combination can be.

The number one reason people are mixing Adderall and alcohol is simple: They are looking to party late into the night and want to stay alert and energized.

But it is important that users understand the ways that these two substances interact.

How Booze and Adderall Affect Each Other

Adderall is a stimulant while alcohol is a depressant. Adderall inhibits your ability to tell if you are too tired or intoxicated to drive or make informed decisions.

As a result, you may end up consuming more alcohol than you intended to.

As the Office of Alcohol and Drug Education at the University of Notre Dame have said, “It is important not to mix alcohol and stimulants such as Adderall.

The stimulant effect can cause students to prolong use resulting in consuming unhealthy amounts of alcohol which has lead to cases of alcohol poisoning.

“Stimulants in the system can block the depressant effect, shutting off the warning signs to a person’s body that they may be drinking too much.”

Since Adderall is a stimulant, it can also intensify the effects of alcohol, amplifying the sedative quality of alcohol and impairing your motor coordination skills and fundamental brain function.

According to Dr. Denise Leung, MD, an assistant professor of psychiatry at Columbia University Medical Center, Adderall users should not drink more than one serving of alcohol while on the drug.

Side Effects of Taking Alcohol and Drinking

The consequences of mixing Adderall with alcohol are not only undesirable but can even prove life threatening.

As The Journal of the American Board of Family has documented in the past, at least one college student has suffered a heart attack as a result of using Adderall in conjunction with alcohol.

The student in question took just 30 milligrams of Adderall and mixed it with whiskey. Soon thereafter, he was rushed to the emergency room after suffering chest pains.

What is interesting to note here is that this young man had absolutely no family history of cardiac episodes or heart conditions, making it clear that the problem was a direct result of this dangerous mixture.

Other detrimental side effects of mixing alcohol with Adderall include any or all of the following:

As one user on Steadyhealth.com reported, “I took 30mg adderall xr and had ONE drink and I ended up in the hospital because I couldn’t stop throwing up…I had the worst experience of my life.”

Another guest on steadyhealth forum concurred, saying, “Mixing alcohol and adderall or other generic amphetamines is a terrible idea.

I usually drink a lot when I’m with my friends and I can remember a few times when I took a pill or two from one of my friends and woke up feeling terrible.

“Not only was I nauseous all day, sometimes waking up vomiting, but it also made me severely depressed for three days after each incident. It’s a horrible feeling that doesn’t leave for three days and you feel extremely down on yourself and paranoid.”

Over at the Drugs sub-Reddit, one user warned, “If you’re prone to blacking out, be wary. When you come down, you’ll get it with an alcohol rush.”

Another user said, “Basically, you can drink yourself to death.”

A user on Erowid snorted Adderall twice while consuming copious amounts of alcohol and said, “I had some pretty random periods of irritability.

I had to force feed myself dinner, and drinking anything (even water) was a chore. After getting back to my apartment later Sunday night, I hit a psychological wall. I was so depressed and uneasy.

“I haven’t felt quite this shitty since I tried meth a few years ago. It’s garbage… I called my friends and started giving them these insanely paranoid and bizarre stories.”

Another Erowid poster reported taking 80 milligrams of Adderall over a period of six hours and taking 23 (!) shots of alcohol after the fact, saying that his mind “went on a vacation to Fairyland.”

He ended up blacking out and waking up in a holding cell at a police department, experiencing “blank spots” in his memory and psychosis. When he inquired about how he’d ended up there, his friends told him that he had been puking, urinating on himself and talking crazy.

The overwhelming majority of these accounts end in much the same way as the above with users experiencing acute nausea, long bouts of uncontrollable vomiting and symptoms of psychosis.

While some users have experienced euphoria as a result of pairing Adderall with alcohol, most call it a crappy time.

Some people even combine Adderall and alcohol with caffeine to achieve an effect similar to drinking Four Loko and other alcohol/energy drink combos.

I’ve known a lot of people to do this combo (think Vodka Red Bulls and Dexedrine) and they drank a lot more than they usually do and felt a lot worse the next day.”

Of course, there are other irresponsible people who brag about combining the two. Some have suggested that the Adderall negates the thoughtlessness and lack of coordination associated with binge drinking, but facts are facts.

Adderall and alcohol can be a serious health risk and, as we saw above, one that can land you in your local drunk tank or even in an emergency room.

Many Adderall users advise against the Adderall and alcohol combination, suggesting that it is better and safer to mix Adderall and weed.

As with all drugs, results vary wildly from person to person.

If you or someone you know experiences adverse effects from taking Adderall either on its own or in tandem with other substances, you should discontinue use at once and seek medical attention.